Skip to content
The Bad Mommy Cooks
By Badmommy March 14, 2018April 18, 2019
FYI...my posts may contain affiliate links. This means that if you click on those links and make a purchase, I will receive a small commission at no cost to you. And those commissions are what makes it possible for me to blog. Thank you!

Let me preface this by saying I’m not a math nerd by any stretch of the imagination. Math actually gives me hives. Even just figuring out the tip in a restaurant causes me to break out into cold sweats. So I would not even know what Pi day was unless I was surrounded by a bunch of math nerds on a daily basis. Which I am.

The math teachers I work with take Pi day very seriously with endless paper chains in the hallways and lots of pie. The mere mention of all the pie that is to be consumed today made me realize—I’ve never even made a pie before.

You’ve Never Made a Pie Before????

I know you’re thinking that’s not too unusual given my cooking track record, but believe it or not, I used to be a decent baker. Cookies, cupcakes, cakes—I baked it all. That is until Sally the evil oven began its steadfast determination to ruin pretty much anything I cooked or baked.

But no matter—I now have the fabulous Air fryer/toaster/ convection oven combo from Cuisinart. I cannot say enough about this miracle piece of machine wizardry. Even hubby has been singing its praises near and far. It’s truly one of the best purchases we’ve ever made. You seriously should go out and get one, and Cuisinart should cut me a check for hawking their product.

When I came up with the idea to bake a pie for Pi Day, hubby made a variety of suggestions like Key Lime Pie  and ice cream pie, neither of which needed to be baked. He was missing the point. I wanted to bake a damn pie! Baking a pie would be the ultimate test of the Cuisinart.

I countered his suggestions with apple pie, cherry pie, pumpkin pie—these were all shot down with a fake gag from him. Heaven forbid we make it a little healthy with fruit. (Okay, I know fruit doesn’t make pie healthy, but let me live in my dream land, okay?) We finally settled on a chocolate chip cookie pie.

Pi Day Pie Was a Piece of Cake

Now I know most of you tune in to my cooking adventures to laugh at how inept I am at cooking. You want to see how I’ll mess up boiling water for God’s sake. Well, I have some very sad news for you tonight. This pie was so simple that I didn’t mess up a darn thing. First off, it doesn’t involve very many ingredients: 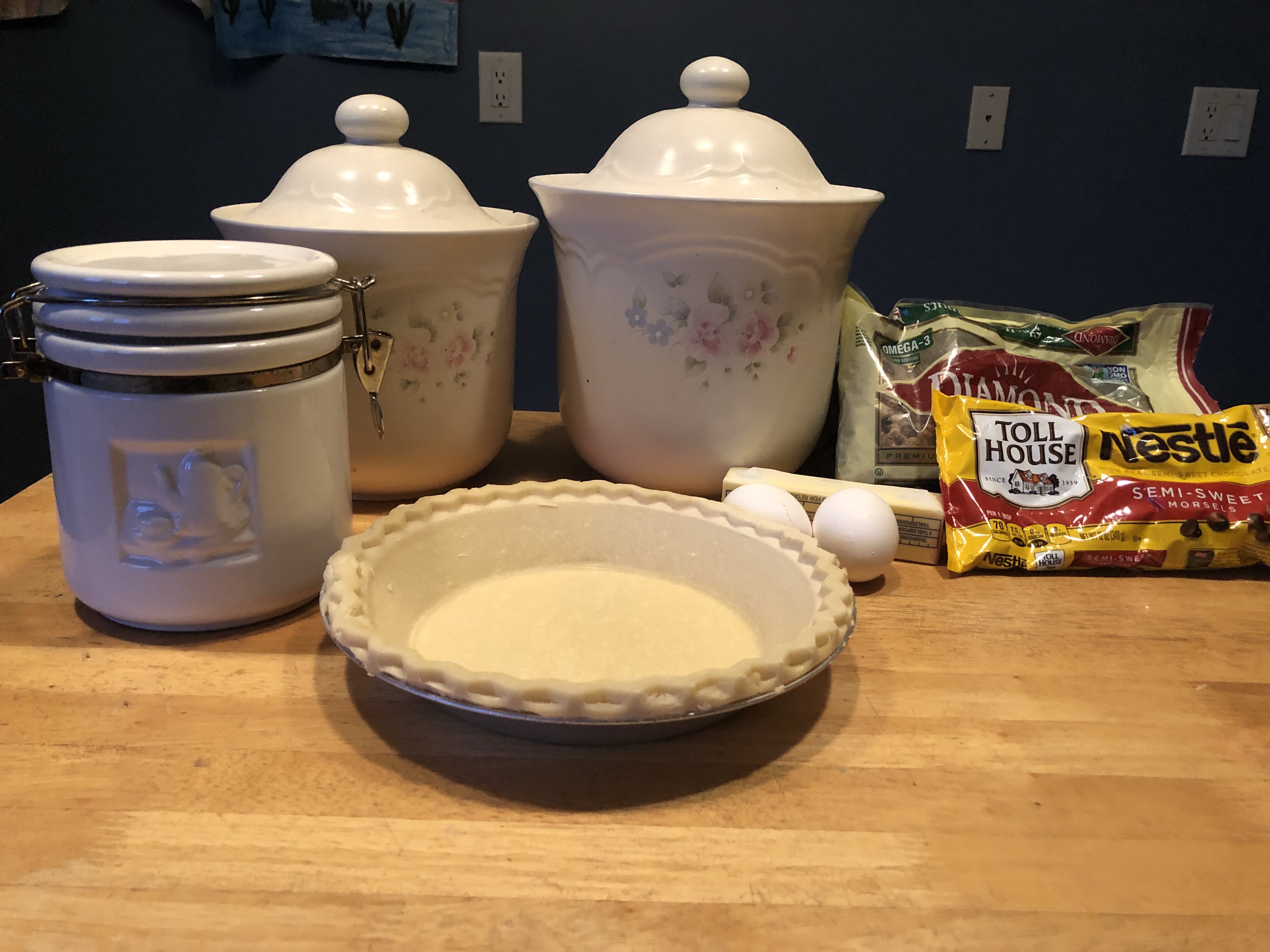 An unbaked pie crust, 1/2 cup of brown sugar, 1/2 cup of granulated sugar, 1/2 cup of flour, 3/4 cup of salted butter, 2 eggs, 1 cup of chocolate chips, and 1 cup of chopped walnuts. (I even remembered to take the butter out way beforehand so that it would be room temperature.) I broke out my Kitchen-Aid for the Pi Day project. 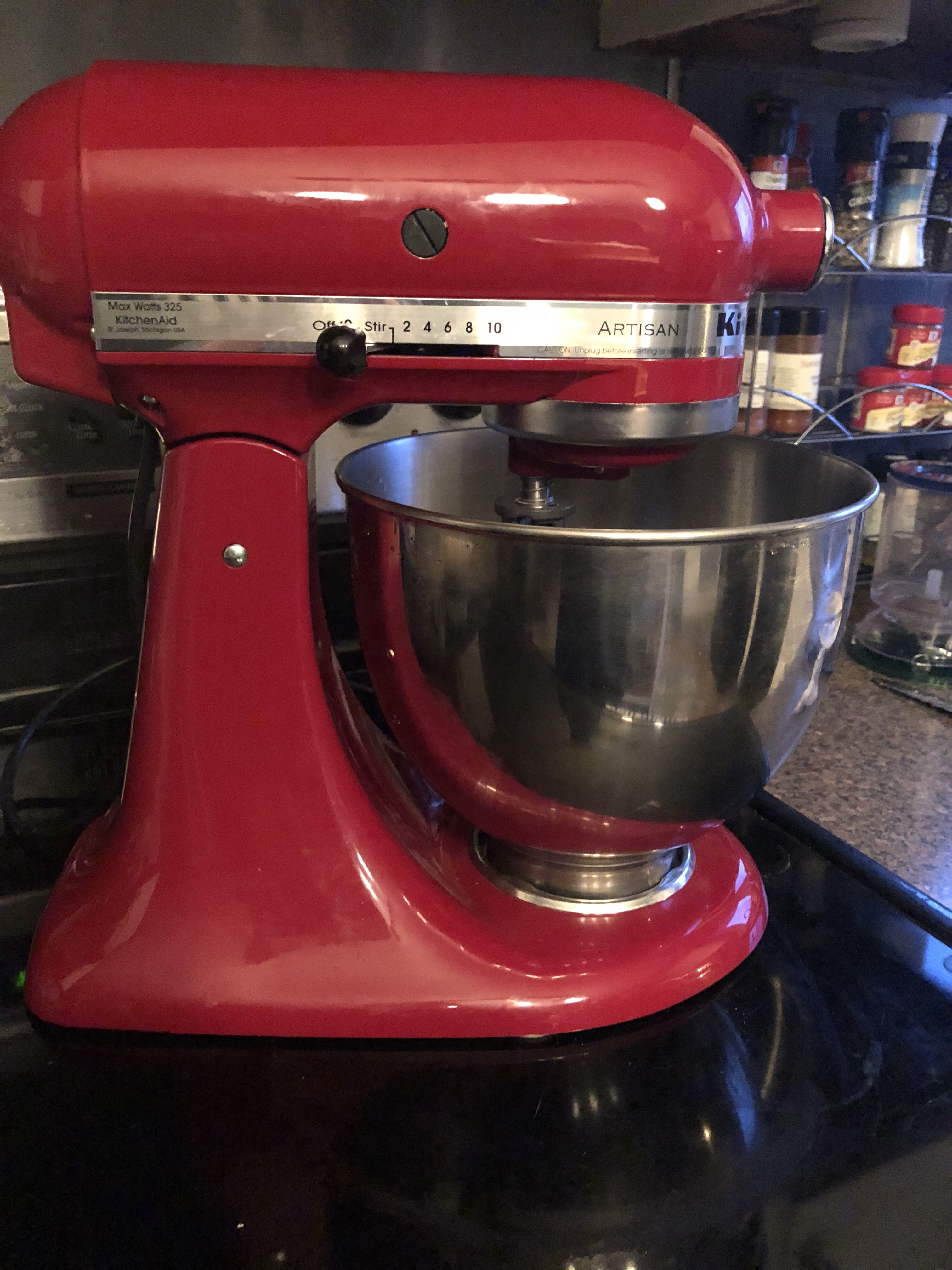 My pretty red Kitchen-aid doesn’t get enough love, due to the craptastic oven, but now with the Cuisinart, I have a feeling we may be seeing more of her. (Yes, my Kitchen-aid is a her. Her name is Stella.)

The eggs get beaten until they are foamy, and then you add the flour and the sugars and combine. Then the butter. After that, add the chocolate chips. (I knew I would meet resistance if I included nuts, so sadly, I left them out. If you use them, just add them along with the chocolate chips.) Spoon it all into the pie crust:

Then it’s time for my new toy! 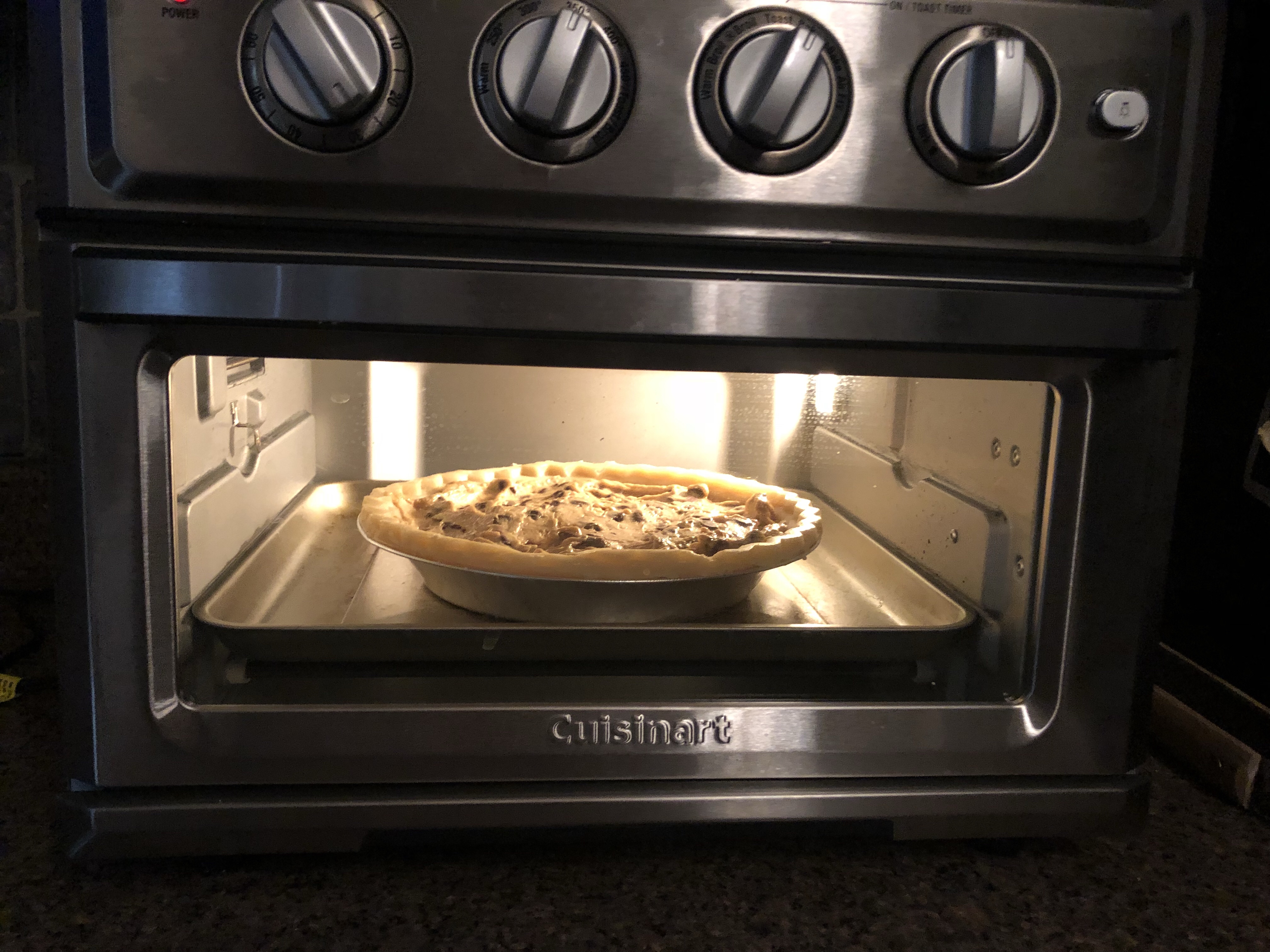 One of the most exciting things about the new toy is the fact that the light works and I can watch my food cook. The light went out in Sally the oven about 10 years ago—right around the time of her downward spiral…coincidence, I think not.

It’s a good thing I was able to see the pie bake because it began to brown a little faster than I expected and I had to cover it with foil. In the oven, this would have been a giant fail, but not this time. This time, Me + Cuisinart Air Fryer=a perfect pie for Pi Day. Now that’s the kind of math I can do. 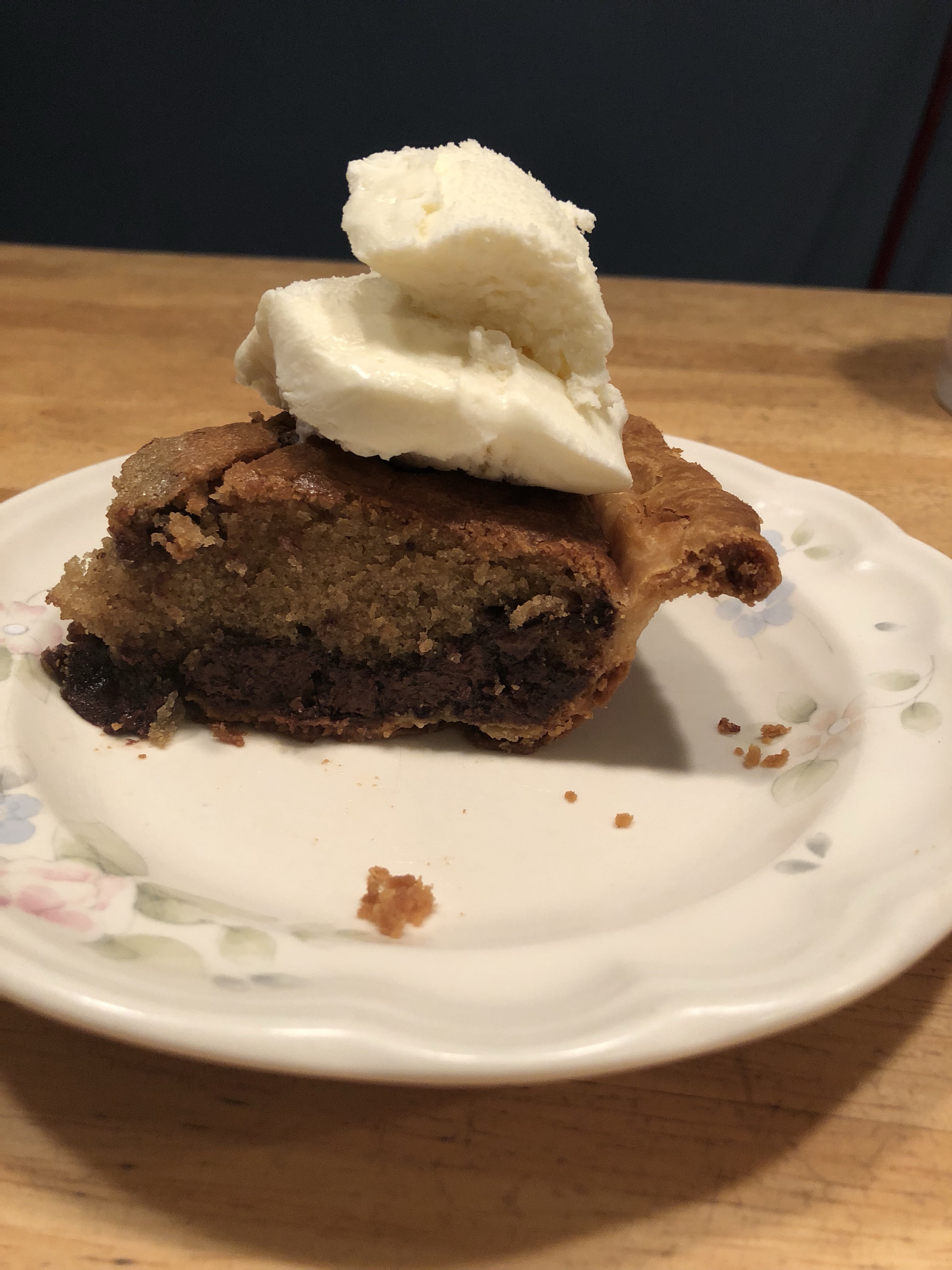