Skip to content
The Bad Mommy Cooks The Bad Mommy Cooks the USA
By Badmommy March 18, 2018April 18, 2019
FYI...my posts may contain affiliate links. This means that if you click on those links and make a purchase, I will receive a small commission at no cost to you. And those commissions are what makes it possible for me to blog. Thank you!

An amazing thing happened when we made the South Carolina meal. Are you ready for this??? Hubby…made a cooking mistake! Yes! It’s true! He is mortal! More on that in a minute. But first, the shrimp and grits…

So Many Choices, So Little Time

First off, we had a hard time picking what to make for this state because everything we came across on Pinterest looked so damn delish. South Carolina is one of those states that really knows what they’re doing with food—which is the main reason I have been dreaming about living there for decades. Pimento cheese, a seafood boil, and BBQ were high on our list, but eventually, the most iconic of South Carolina foods prevailed—Shrimp and grits.

I’ve had shrimp and grits a few times in restaurants and it is DEEEEE-LICIOUS. Hubby and the fam have not had it, so it took a little convincing to make this our South Carolina meal, but ultimately, it was a great choice. The recipe and prep were SO easy and the meal was SO tasty. Well, the recipe WAS easy, but hubby still flubbed it…a little.

So he was very excited to get to use his cast iron skillet that he recently bought, so while I brought the chicken stock for the grits to a boil, he used the skillet to cook the bacon: 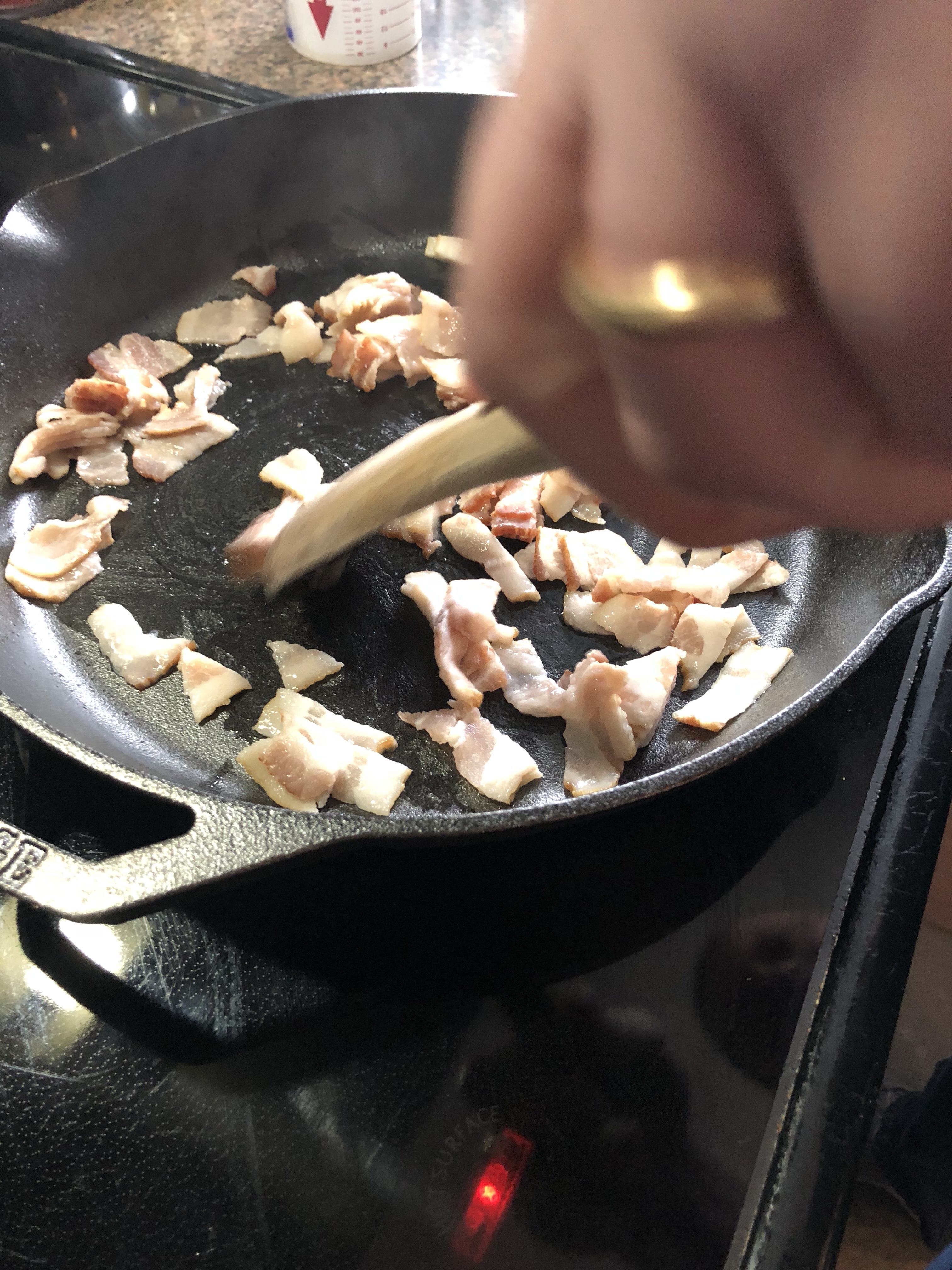 (He LOVES this thing…more than he loves me, I think. Want your own cast iron skillet that you can love more than your spouse? Get it here.) I added the grits to the boiling chicken stock and I found that the recipe I was using was quite vague about what to do next. The instructions on the box (Quaker grits) were much more helpful. You basically need to stir the grits for 20 minutes or so at a simmer.

I wished it was quicker, but the whole process reminded me of that scene from “My Cousin Vinny” where Joe Pesci is berating the witness when he tells him his grits took 5 minutes to make… “Are we to believe that boiling water soaks into a grit faster in your kitchen than on any place on the face of the earth? Do the laws of physics cease to exist on YOUR stove? Were these magic grits?” 😂😂😂Love that movie. (Not set in South Carolina, though.) 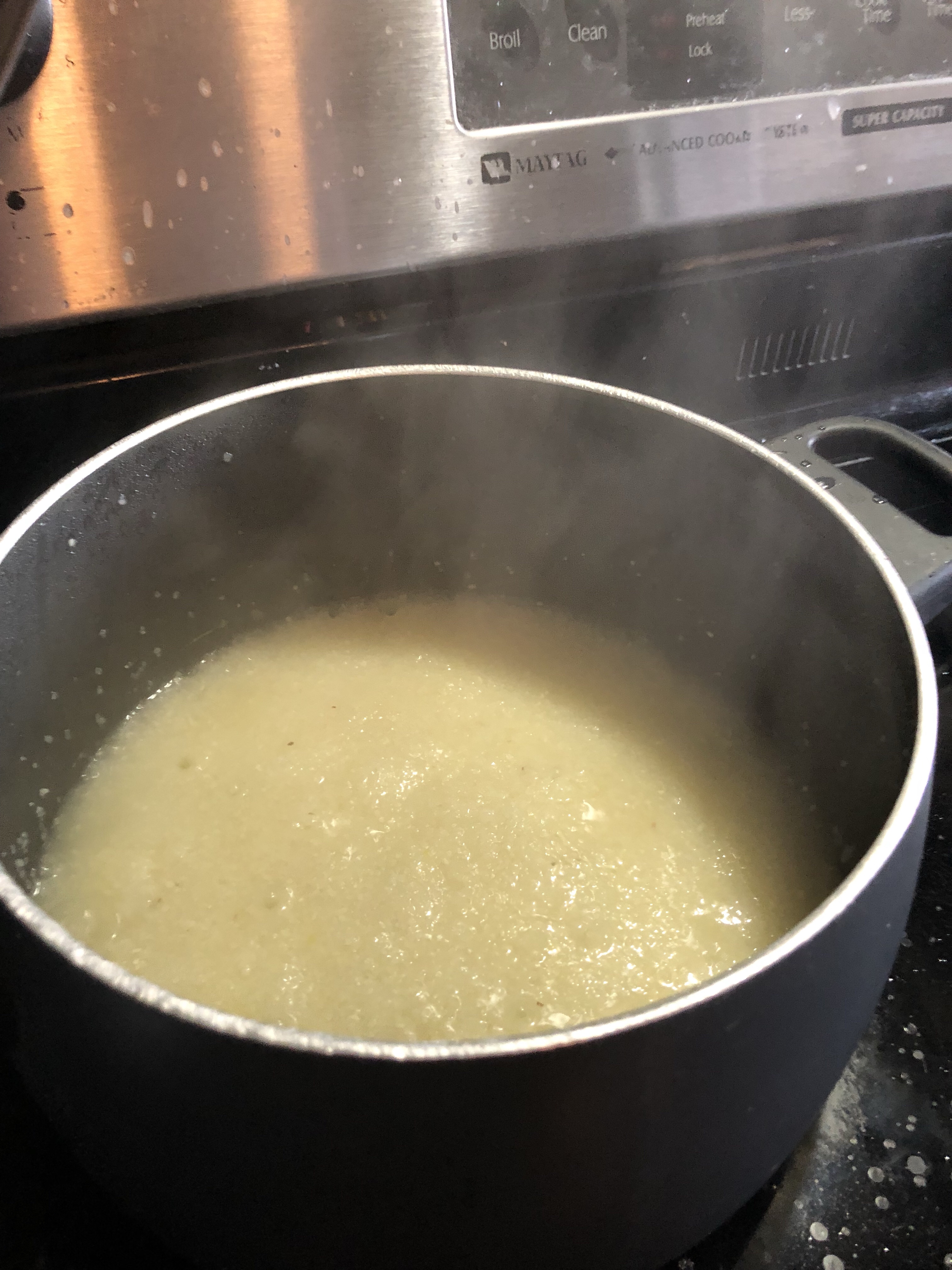 Anyhoo…Back to the Shrimp and Grits

I was also in charge of “shrimp prep” which is basically the dirty work of removing the tail and shell. Hubby got to saute them when the bacon was done: 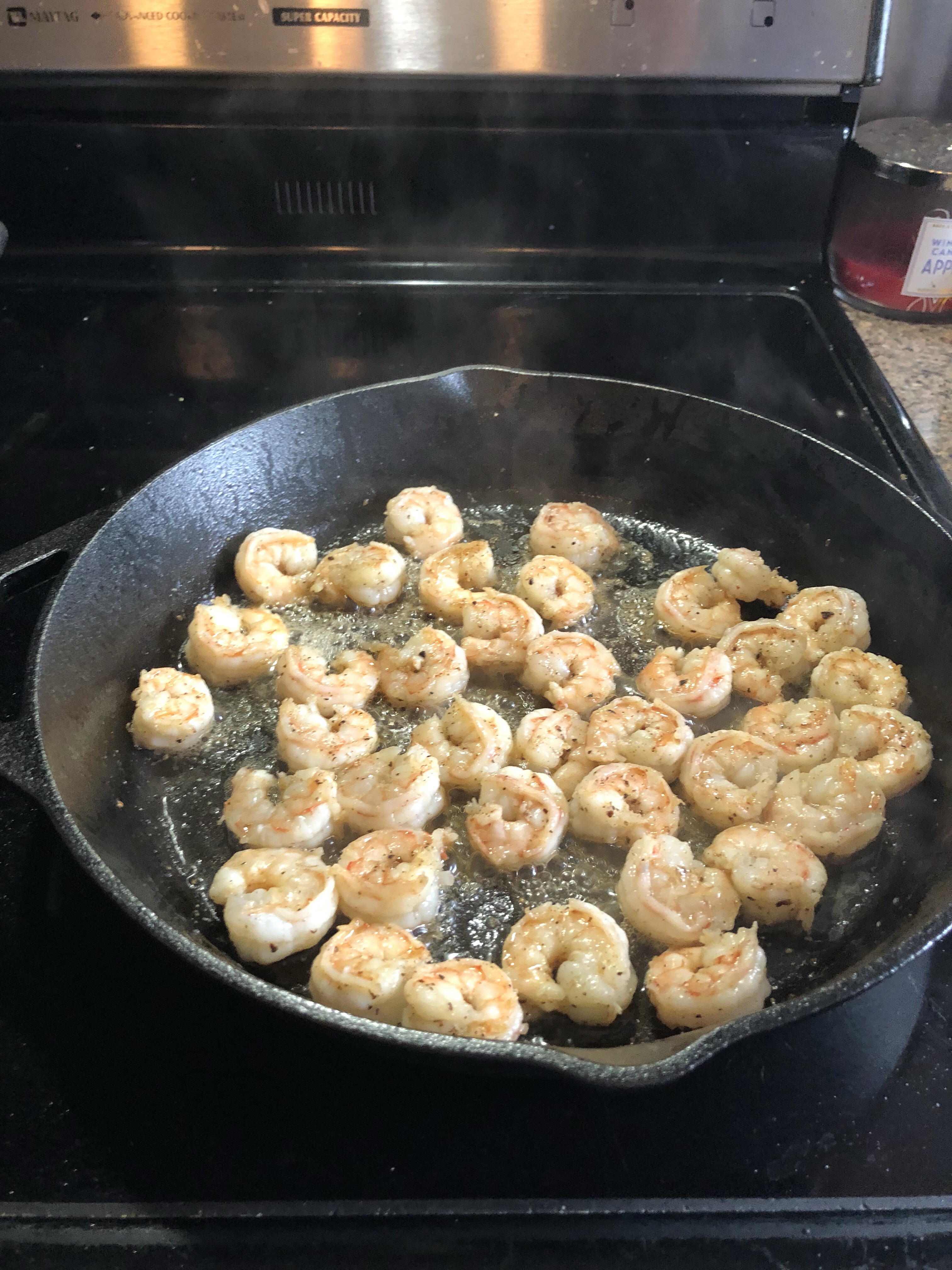 I was still stirring my grits. 🙄 Then hubby added the chopped green onion and parsley and lemon juice. I make him chop because he’s much better at it than I am: 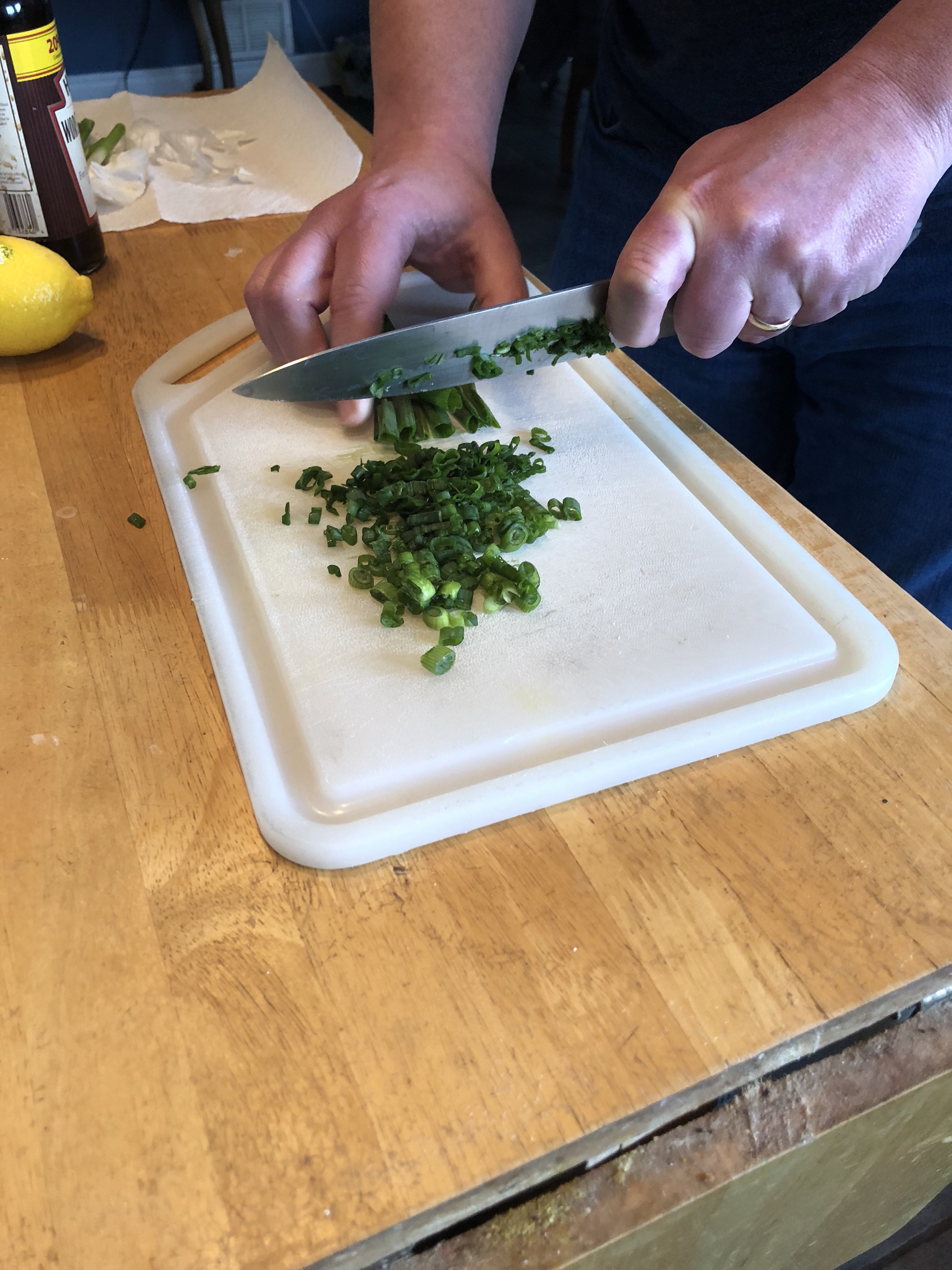 I was still stirring grits when he added everything to the skillet. And THIS is where he screwed up. Instead of adding 2 TEASPOONS of Worcestershire Sauce, he added 2 TABLESPOONS.

Okay…maybe it’s not as bad as when I melted the bottom of the crock pot to the stove or burnt the salmon to death, but still…he’s not invincible in the kitchen. And what’s more, he kind of panicked (which was so cute) and tried to figure out what he could do to counteract the extra Worcestershire sauce.

His solution was to add extra butter. Because the grits with butter and cheese and the bacon weren’t enough sludge for our veins. 🤨

But anyway, despite the minor mistake, our South Carolina meal of shrimp and grits was pretty straightforward and easy to prepare and cook…about 25 minutes (most of that was stirring the grits). It was really tasty, too and we all agreed that we’d make it again very soon.

One thought on “South Carolina Shrimp and Grits”