Amy Maxwell’s got four kids, a useless husband and crusted applesauce on her yoga pants that haven’t seen the inside of a gym in over a decade. She’s convinced her teenage daughter is up to no good, her ten year old can’t stop chattering in her ear and her oldest son has befriended a teenaged boy twice his age who is a tad bit strange. And don’t even get her started on having a toddler when you’re in your late thirties. She just can’t keep up. Forget tired; she’s exhausted and feeling unfulfilled, dissatisfied and like a disappointment to everyone; her kids, her parents and most of all, herself. To relieve her stress, Amy finds herself fantasizing about everything from the pool boy next door to finding out that her daughter was switched at birth. She can’t help her thoughts, but she figures, if they’re in her head, they can’t hurt anyone else, right? When Jason, a very sexy forty something year old single father moves in across the street, Amy finds her fantasy world has gone into overdrive. When Amy and her 13 year old daughter, Allie, stumble upon the body of their neighbor, shot to death in her living room, Amy finds herself thrown together with Jason in the most unpredictable way. Amy finds herself bumbling around Jason, trying desperately to stop her fantasies and her underlying attraction towards him as this who done it mystery slowly unfolds. And Amy soon realizes, nobody is who she thinks they are…even Amy herself. Amy Maxwell & the 7 Deadly Sins Amy Maxwell & the 7 Deadly Sins-UK version 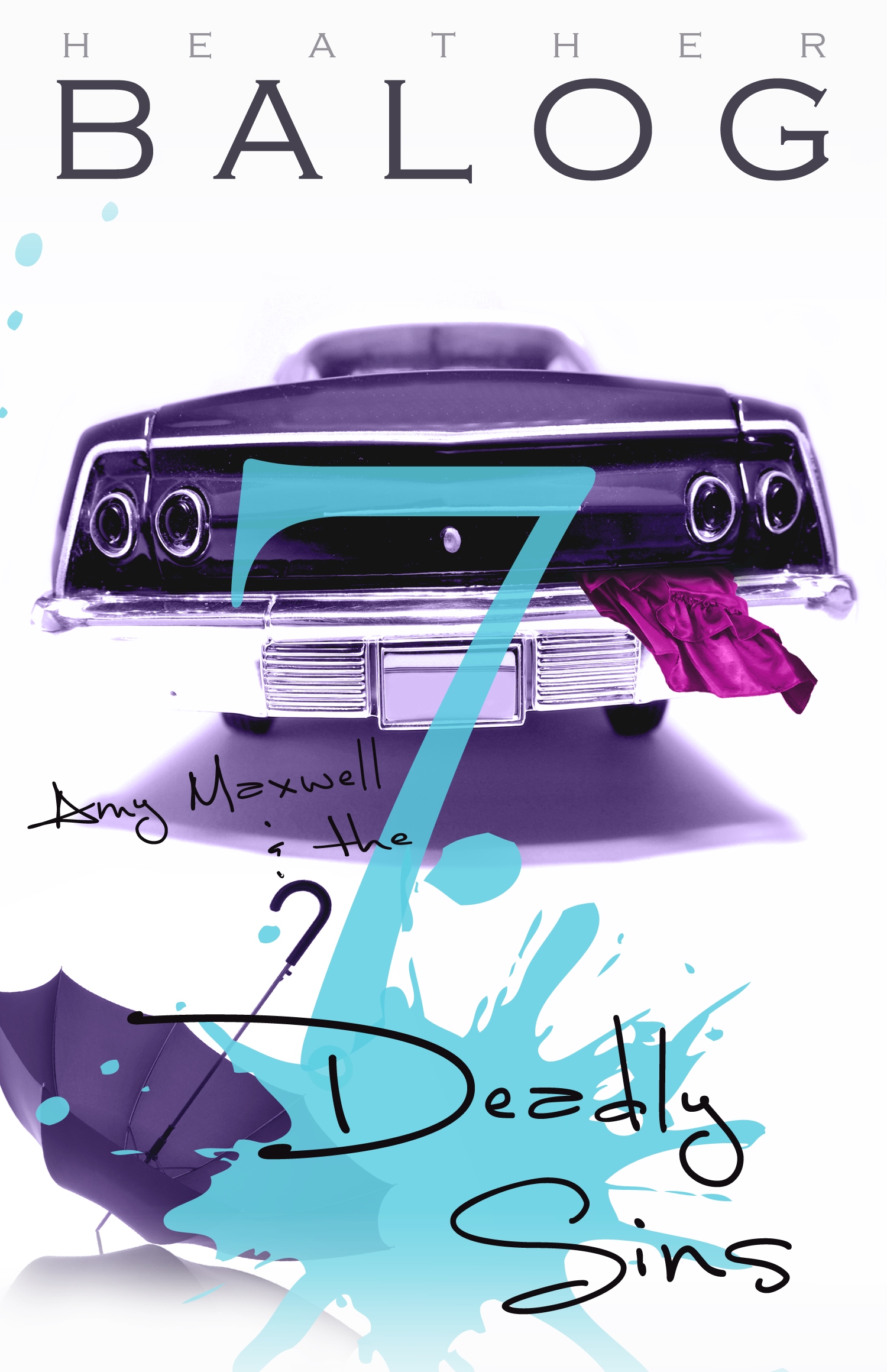 Amy Maxwell still hasn’t caught up on laundry, her daughter Allie is still acting like a rebellious teen (and schooling her younger sister in that art), the two boys are still causing her to rip her hair out by the roots with their antics, and her husband Roger is STILL sitting in his arm chair uselessly engrossed in a reality show marathon. To add to her already mounting stress, Amy has decided to go back to school to get a degree! Yeah, yeah…she’s GLUTTON for punishment. And so Amy’s new quest for a career in law enforcement, coupled with the Seven Deadly sins, puts Amy in a position she’s never been before…the back of a trunk, bound and gagged. That’s right…Wrath, Greed, Lust, Sloth, Envy, Pride, and Gluttony are the reason she’s in her current predicament. And what’s more, they’re not all her sins, but the sins of everyone else around her including her oh so perfect sister, Beth. Find out how the Seven Deadly Sins lead Amy into a tangled web of mistakes and missteps in this hilarious sequel to “The 8 Mistakes of Amy Maxwell”. Amy Maxwell’s 6th Sense Amy Maxwell’s 6th Sense-UK version 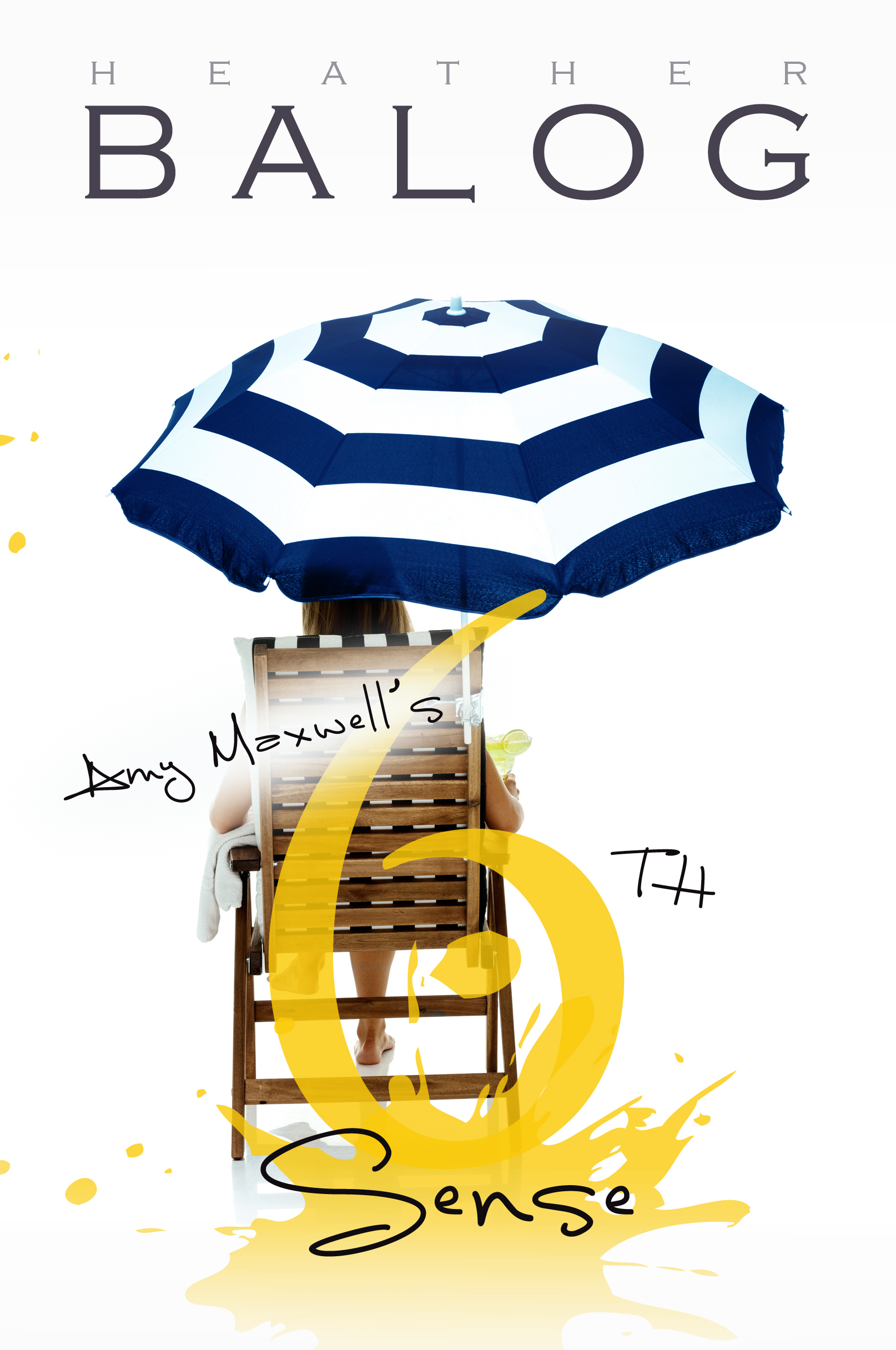 Amy Maxwell just knew something would go wrong if the whole family went on vacation—she had a sixth sense about it. A week of fun in the sun at an all-inclusive resort on the beach should be a much deserved relaxing time for the whole family, right? Not for Amy. As any mother can attest to, prepping for vacation is akin to Chinese Water Torture. There’s a dead fish in her toddler’s suitcase, her teen doesn’t want to go somewhere without Internet access, and her preteen has completely outgrown her bathing suit. She’s wishing for a vacation from her vacation before the wheels of the plane even touch down on the runway. Amy finds herself dreaming of a solo vacation after things don’t get much better when they arrive at their destination. The hotel room doesn’t look like the one in the brochure, the kids are more interested in the WiFi password than the gorgeous sandy beaches, and there are some shady characters staying in the hotel. What’s more, Roger is acting suspicious. Amy finds out that he’s been meeting up with a perky young blonde who just happens to be a former student. On top of that, she discovers her old pal, DEA agent Jason, just happens to be at the same hotel, sending her overactive imagination into overdrive. Something doesn’t add up for Amy. Unable to stop herself from snooping, our favorite scatterbrained, busybody mom of four finds herself stumbling upon another mystery. And this one proves to be a little too close to home…even in the Caribbean.]]>