Skip to content
The Bad Mommy Cooks the USA
By Badmommy July 22, 2018April 18, 2019
FYI...my posts may contain affiliate links. This means that if you click on those links and make a purchase, I will receive a small commission at no cost to you. And those commissions are what makes it possible for me to blog. Thank you!

I’m just going to come out and lay it on the table right off the bat. I’m not a Florida fan. I’ve been there about a half dozen times and I’ve not been impressed with the place. I don’t like Disney (horrors!) and I’m not a fan of alligators or dying of heat stroke while I’m trying to tie my shoes. Not trying to offend anyone since I know about 20% of my Facebook “friend” list are Florida transplants from New Jersey. It’s just not the place for me.

Still, I was hoping that Florida would still be a source of a good meal since there a lot of different cultures in Florida. And I’m sure it would have been. You know, if I wasn’t involved in cooking it. I picked Cuban sandwiches to make for our Florida meal since I’ve had them before and them I was a fan of.

Since sandwiches are pretty easy, I decided to make key lime pie as well, one of Hubby’s favorite desserts. Besides ice cream, that is.

Back in March for St. Patrick’s Day, I wanted to make key lime pie, but I couldn’t find any key lime juice, so I ended up just making these cute little key lime pie jars using regular sweetened lime juice: 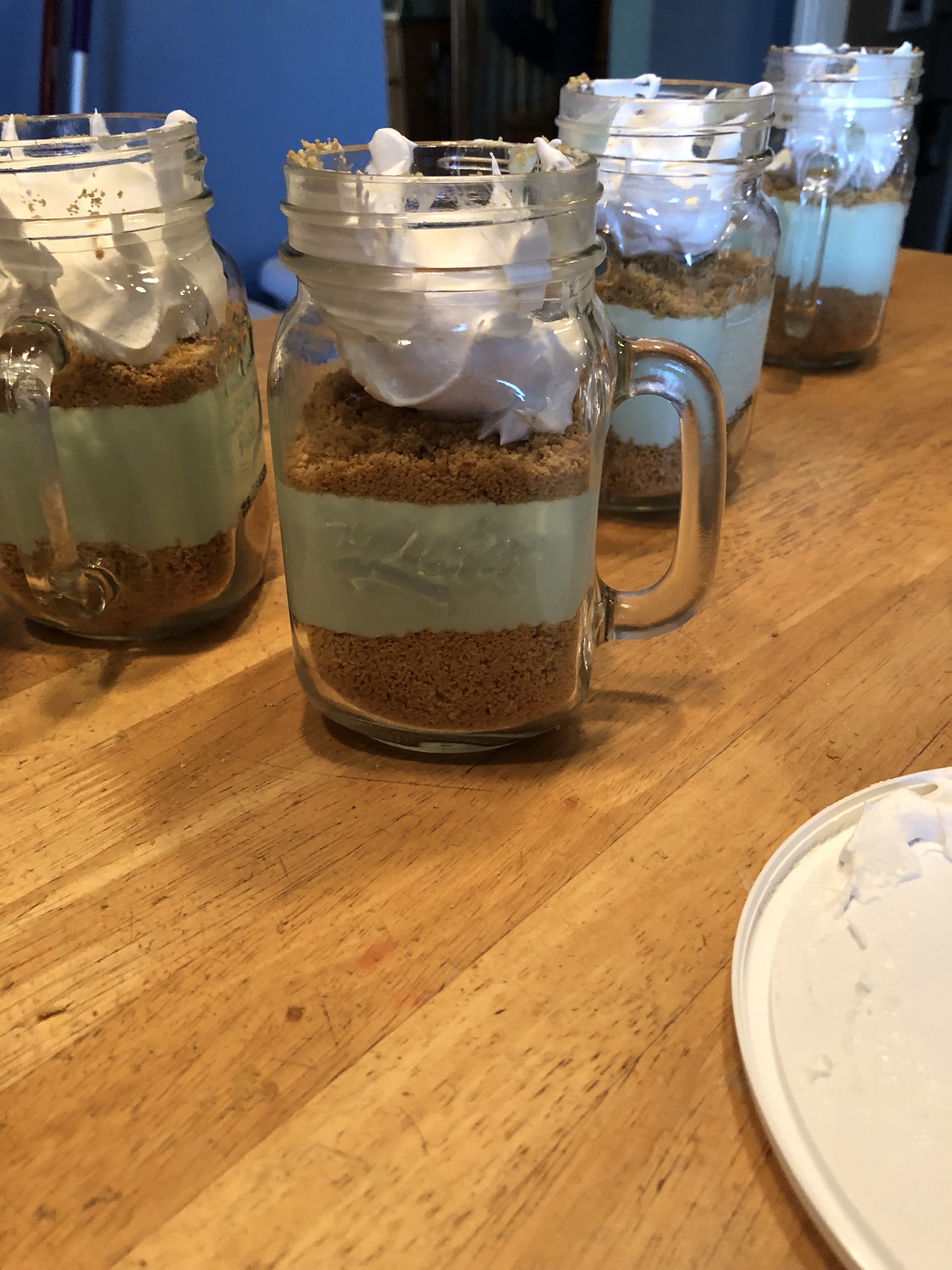 I found a recipe for a Cuban “style” panini. I love paninis. My daughter loves paninis. We’ve spent countless hours at our local sandwich shop waiting for paninis. Paninis can be quite inconvenient to wait for. So why not buy a panini  maker and make our own at home???? Good question. We hardly have room for any additional appliances in our kitchen and Scrooge McDuck wasn’t really on board with us getting a panini maker in the past. But once I presented the idea as part of our food tour, I was given the thumbs up to purchase one. (Like I need a thumbs up to go shopping 😏) Here it is (isn’t it so purty???): 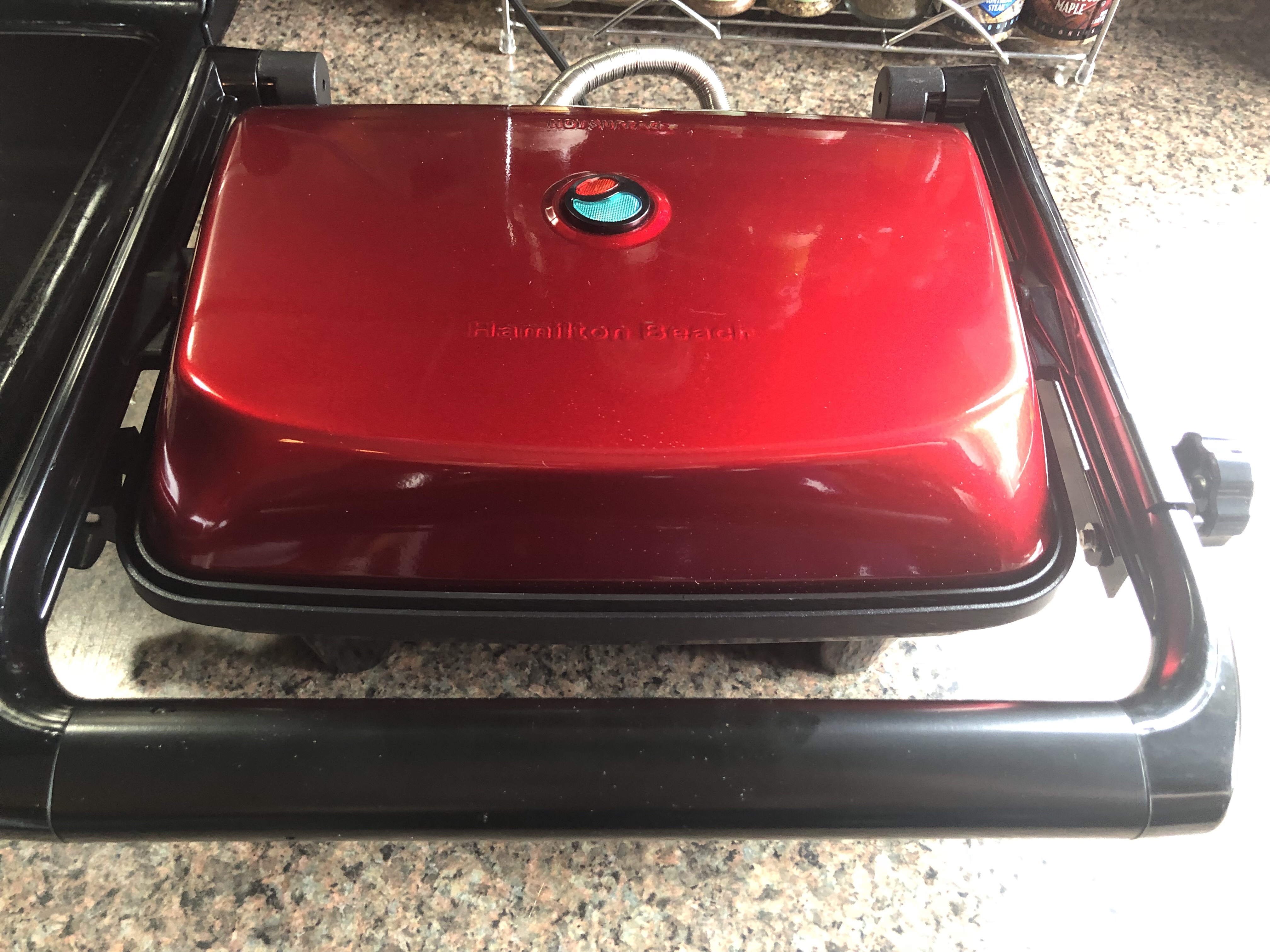 The Cuban sandwich actually has origins in Florida—cafes in Ybor, Tampa created this sandwich in the late 1890’s for the many Cuban cigar factory workers. It evolved over the years—adding salami or capicola and ham in addition to the roast pork. The variation I made only had ham, Swiss and capicola, no roast pork.

I also couldn’t find any Cuban bread, so I used Ciabatta bread. Half the Ciabatta bread was gone before I could make the sandwiches because apparently everyone in the house (except Boy Child who is really starting to get even pickier as he ages) likes Ciabatta bread. It’s delish dipped in olive oil with fresh pepper, by the way: 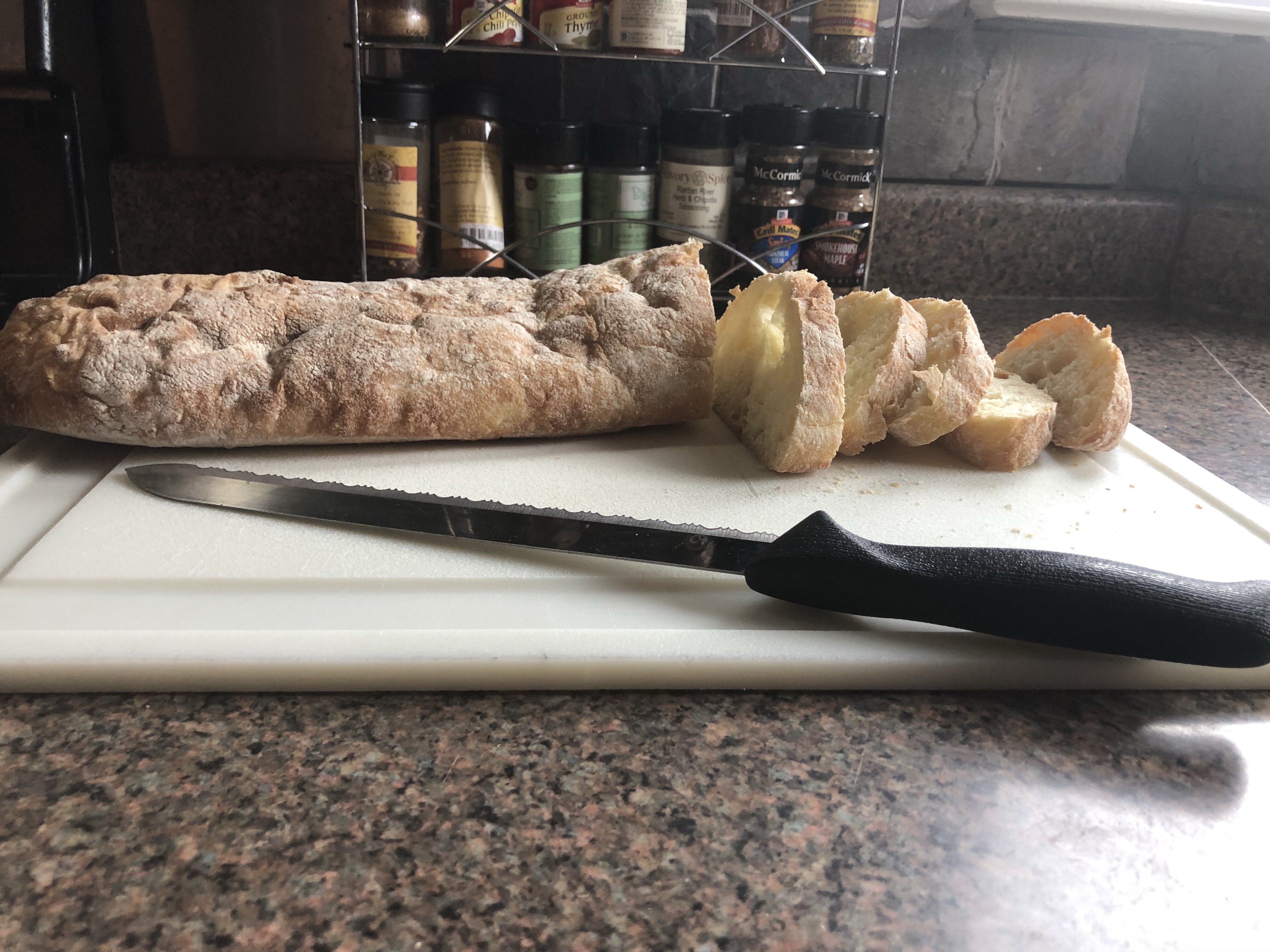 The Cuban sandwiches themselves were a cinch to make—about three or four minutes in the Panini maker after buttering the outside of the bread, putting mustard on the inside of the bread, and adding the meat, cheese, and pickles. 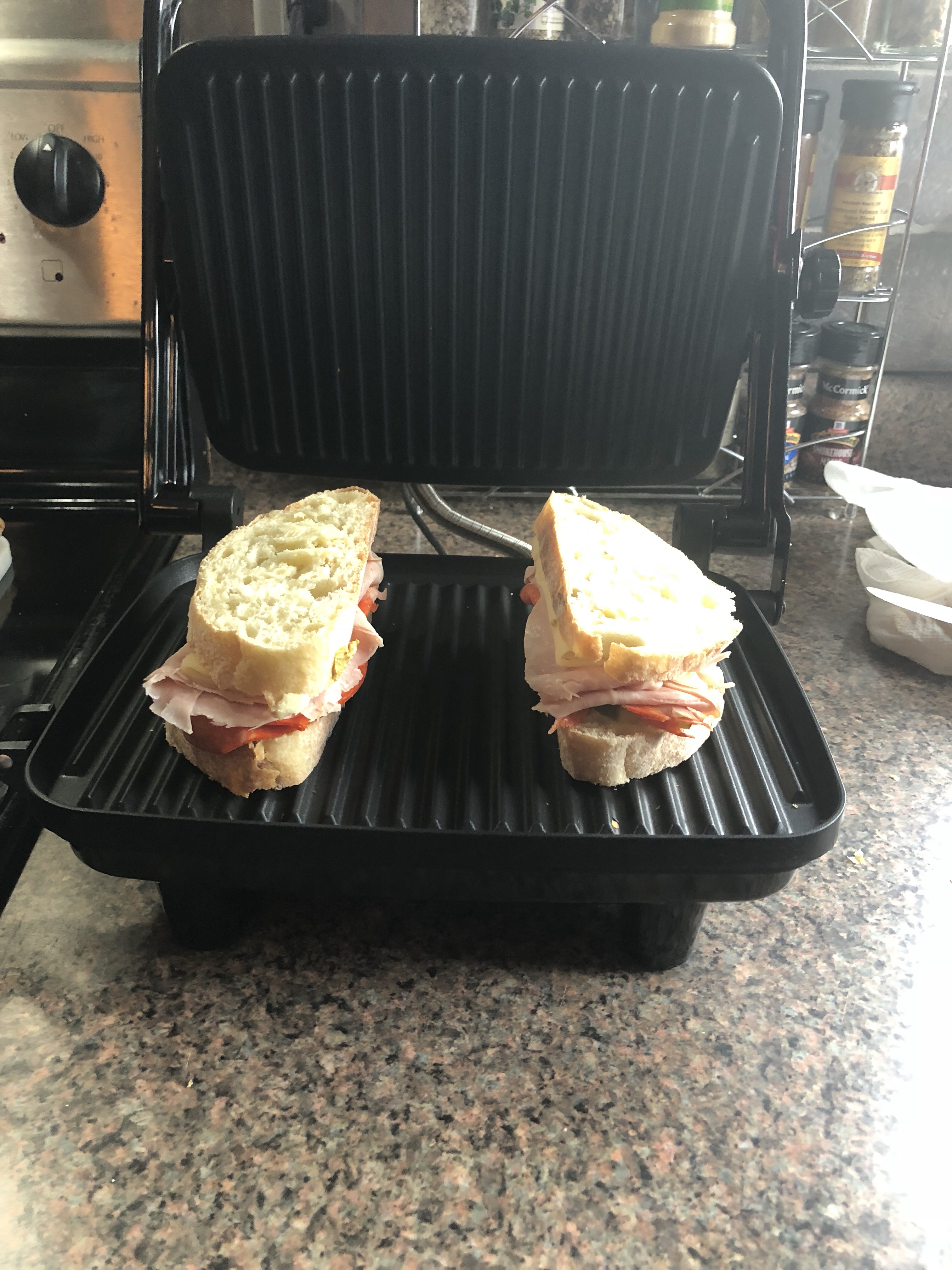 Since I didn’t have all the correct ingredients, I’m questioning the validity of this sandwich, but considering I was the only one who ended up eating the whole thing, I’m not going to lose too much sleep over it.

See, Hubby and Boy Child do not like ham sandwiches. They were not happy with the idea of Cuban sandwiches and were quite vocal about their displeasure. Hence why I had made the Key lime pie for Hubby.

Girl Child was in some sort of funky mood that day and announced she wanted a Grilled Cheese Panini instead. At least she took a bite of the Cuban sandwich before deciding. 🙄🙄🙄 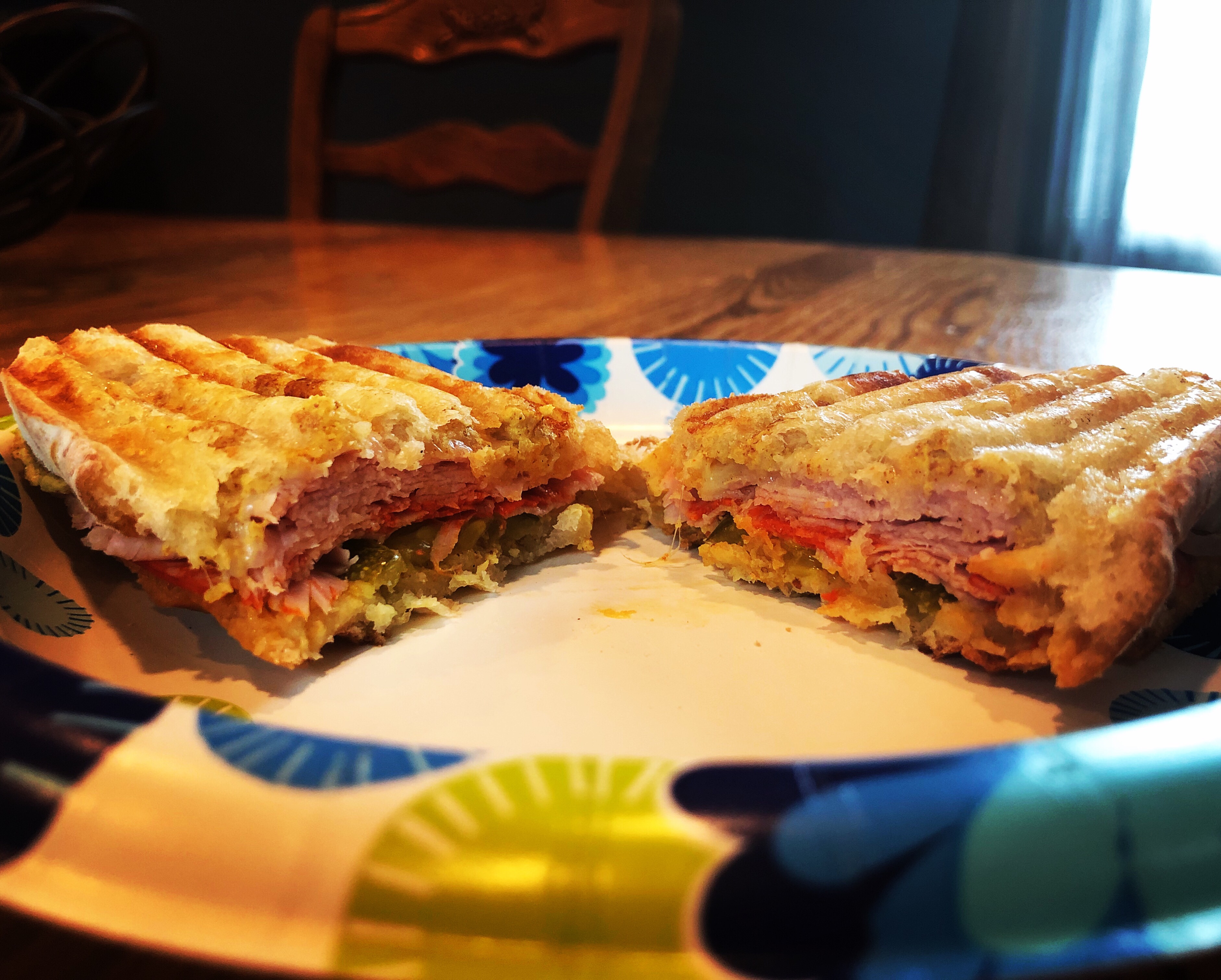 Anyway, I thought it tasted great. The bread crisped up really nicely and the cheese melted perfectly. And I got a panini maker out of the deal, so…there’s that. FYI, panini makers squish your sandwich to about half the size, so keep that in mind. I should have added more meat on my Cuban sandwich—live and learn.

Back to the Florida Key lime pie

Like I said, I had gotten the mix, which was really simple to make: 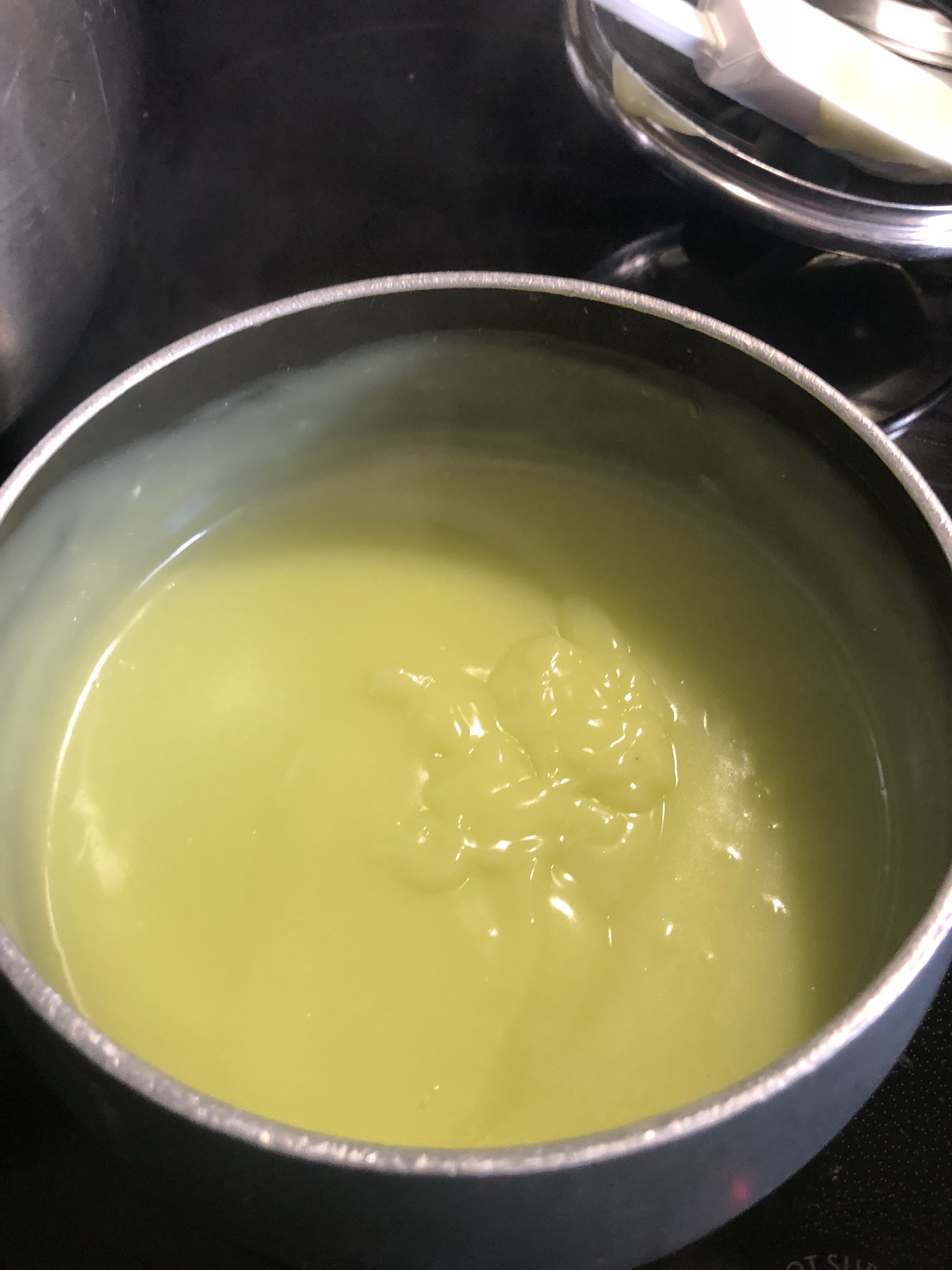 It was like pudding, boiled on the stove. I even got pre-made graham cracker crust, thus really limiting my chances of screwing up. But…I made the meringue from scratch…and that’s where it went south. Honestly, I didn’t have any trouble making the meringue. I separated the eggs and whipped the whites (adding sugar) until stiff peaks formed:

I topped the pie and baked it until the meringue started to get golden, just like the recipe said: 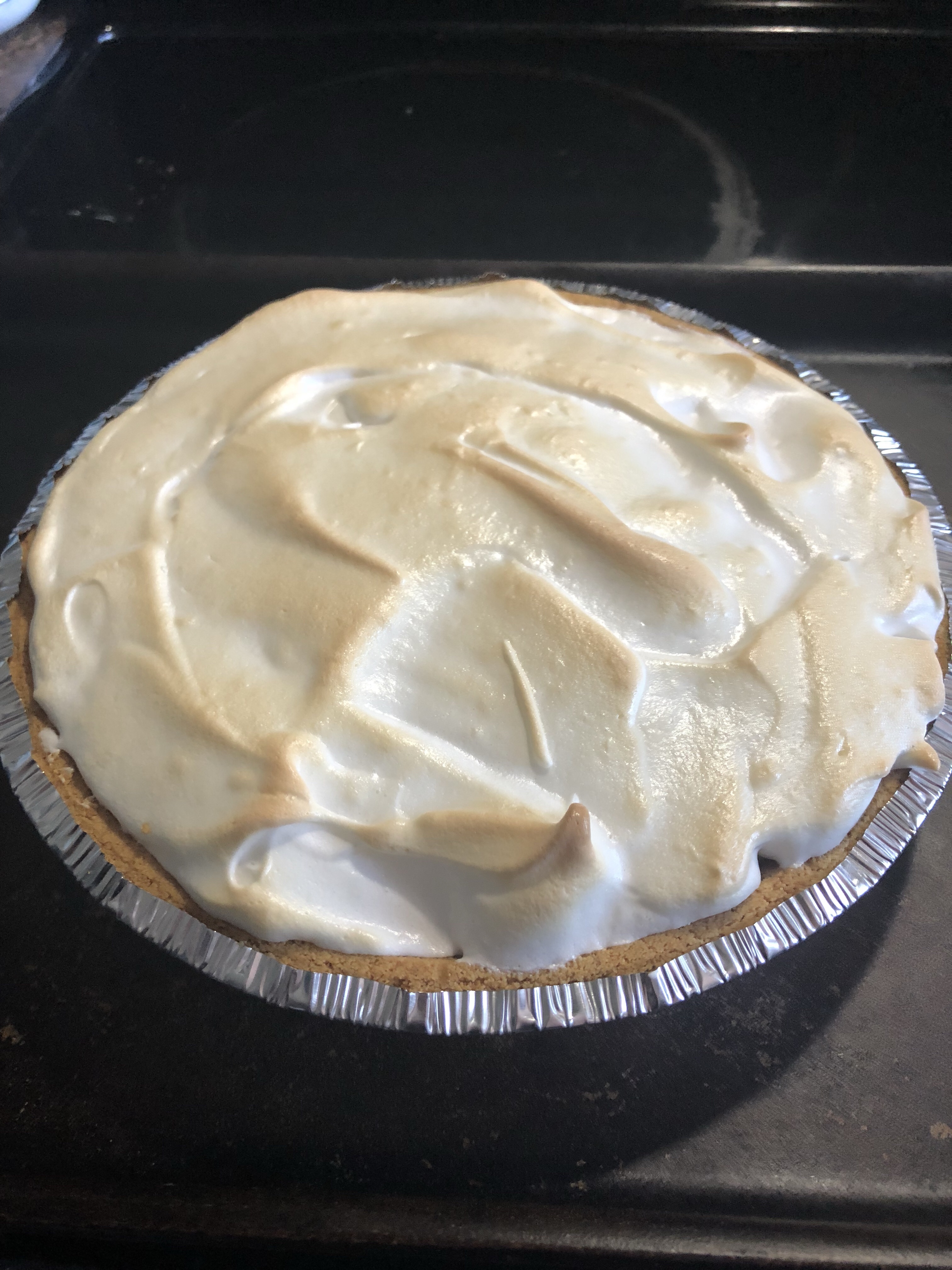 It looked good. It smelled good. I bet it WAS good.
And then, I stuck it in the fridge. Before it was cooled. And we didn’t eat it till the next day.

I took it out and HOLY CONDENSATION BATMAN. It’s difficult to see in the picture, but the meringue topping separated from the Key lime. And the crust got mushy as well. While it tasted fine, no one really wanted more than a couple of bites due to the consistency being funky, and I ended up throwing out most of the pie. 😩😩😩

Let’s recap what I got out of our Florida meal:

And that’s a wrap…hopefully our next state will be more successful and please everyone in the house.
Want to make Cuban Sandwiches? Pin it Here