Skip to content
cooking The Bad Mommy Cooks the USA
By Badmommy October 1, 2017April 18, 2019
FYI...my posts may contain affiliate links. This means that if you click on those links and make a purchase, I will receive a small commission at no cost to you. And those commissions are what makes it possible for me to blog. Thank you!

This week we drew Pennsylvania out of the hat. The kids let out a groan.

“Man,” my daughter whines. My parents live in Pennsylvania and are always complaining they can’t get a decent meal there—they were spoiled from living in Jersey for so long. They could try actually cooking once in awhile, but I digress…

“I don’t know,” I grumbled as I pulled up “Pennsylvania cuisine” on my phone. I had no idea what our neighbors to the west ate. I scrolled down and stopped dead in my tracks.

“Philly cheesesteak,” I announced. Philadelphia is in Pennsylvania. Well, duh! As a family, we’re not necessarily fans of Philly, per se (I’m a Mets fan and hubby is a Dallas Cowboys fan…get the picture?), but we do appreciate their cheesesteak.

The mood changed remarkably quick. “Can we have the cheesesteaks tonight?” the kids wanted to know.

“I know it’s football day,” I snapped back.

Suddenly my family was eager for me to cook??? I had planned to make stuffed shells and the cutest little pull apart garlic bread I saw on Pinterest. I bought everything I needed at the store already.

I was NOT prepared to make cheesesteaks—that meant another trip to the dreaded grocery store—on a SUNDAY. Going to the grocery store on a Sunday is equivalent to trying to get Superbowl tickets the day of the game.

At the begging of my family, I set off for the grocery store where I had my foot run over by someone else’s cart and forgot half the ingredients I needed to get because I left my list on the kitchen counter. I nearly got into a fight with a woman who cut the line and watched a man on line count the items in the cart of the guy in front of him and proceed to tell him he couldn’t use the express line. I watched women fight over the last box of pumpkin spice coffee, and a teen race an old woman in Rascal to a checkout lane that just opened. Oh yeah, the grocery store on Sunday is cutthroat.

Anyway, I arrived home to find my daughter and her friend had made “mozzarella stuffed onion rings” (another Pinterest delight) and a humongous mess of the kitchen. Onion skin crunching underneath my feet and grease splattered all over the backsplash. And the stove. And the counter. And the floor. The sink clogged up with breadcrumbs. Egg dripping down the side of the sink. Dog eating the eggshells he took out of the garbage. A pot with grease in it sat on the stove.

“Why didn’t you use the deep fryer?” I asked. At least that would have contained some of the mess.

“You have a deep fryer?” her friend asked with awe. “Fancy.”

“The fact we have a deep fryer actually means we’re not fancy at all,” my daughter pointed out. “We deep fry things.”

I angrily scrubbed the kitchen and loaded the dishwasher (so I could make another mess and have to clean it up again…I know it sounds crazy, but I can’t function in the presence of a mess).

Then I cut up the onion (yuck—my family must know I love them…I touched raw onions for their meal), cut the rolls, lined up the cheese and broke open the cheesesteaks. Yeah, I used Steak-ums…there was no way I was slicing steak and making super complicated cheesesteaks. Besides, my family probably wouldn’t eat those cheesesteaks and I’d spend the whole night annoyed at them.

I cooked up the first cheesesteak without any problem, throwing the (yuck) onions directly on the griddle. (I used my Pampered Chef griddle if anyone cares…it’s so much easier than using a frying pan). Of course, each steak cooks up to the size of a postage stamp so you have to throw fourteen steaks on there for one sandwich.

I nearly started to cry though because the griddle was so hot, the steaks were sizzling up quickly and I couldn’t find a spatula to turn the steaks and the onions were burning… 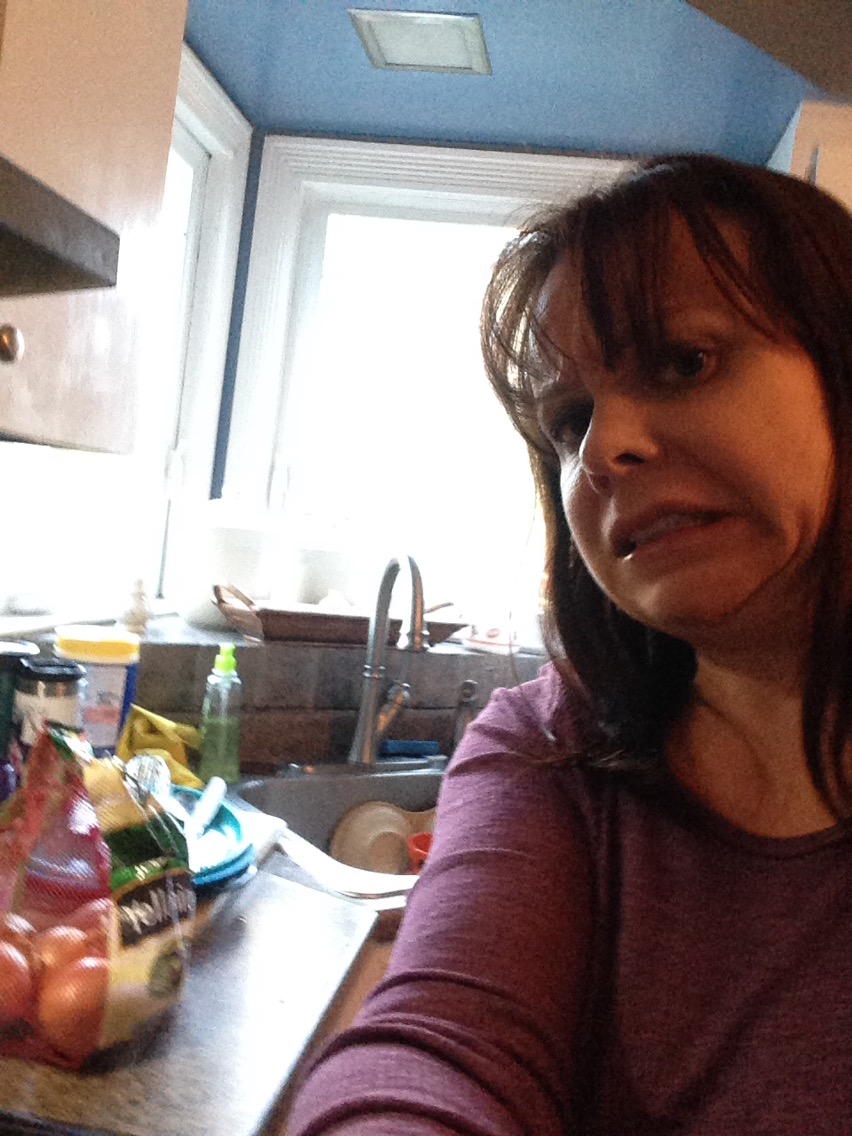 I felt like I was back working at Burger King like I did when I was a teen—grease splattering everywhere, trying not to overcook anything and keep up with the demand. I was pretty sure I felt a pimple forming on my forehead as I cooked, not unlike those days back at the King.

That really made me want to cry. I  managed to hold it together long enough to make the cheesesteaks…onion for everyone else, onion free for me. 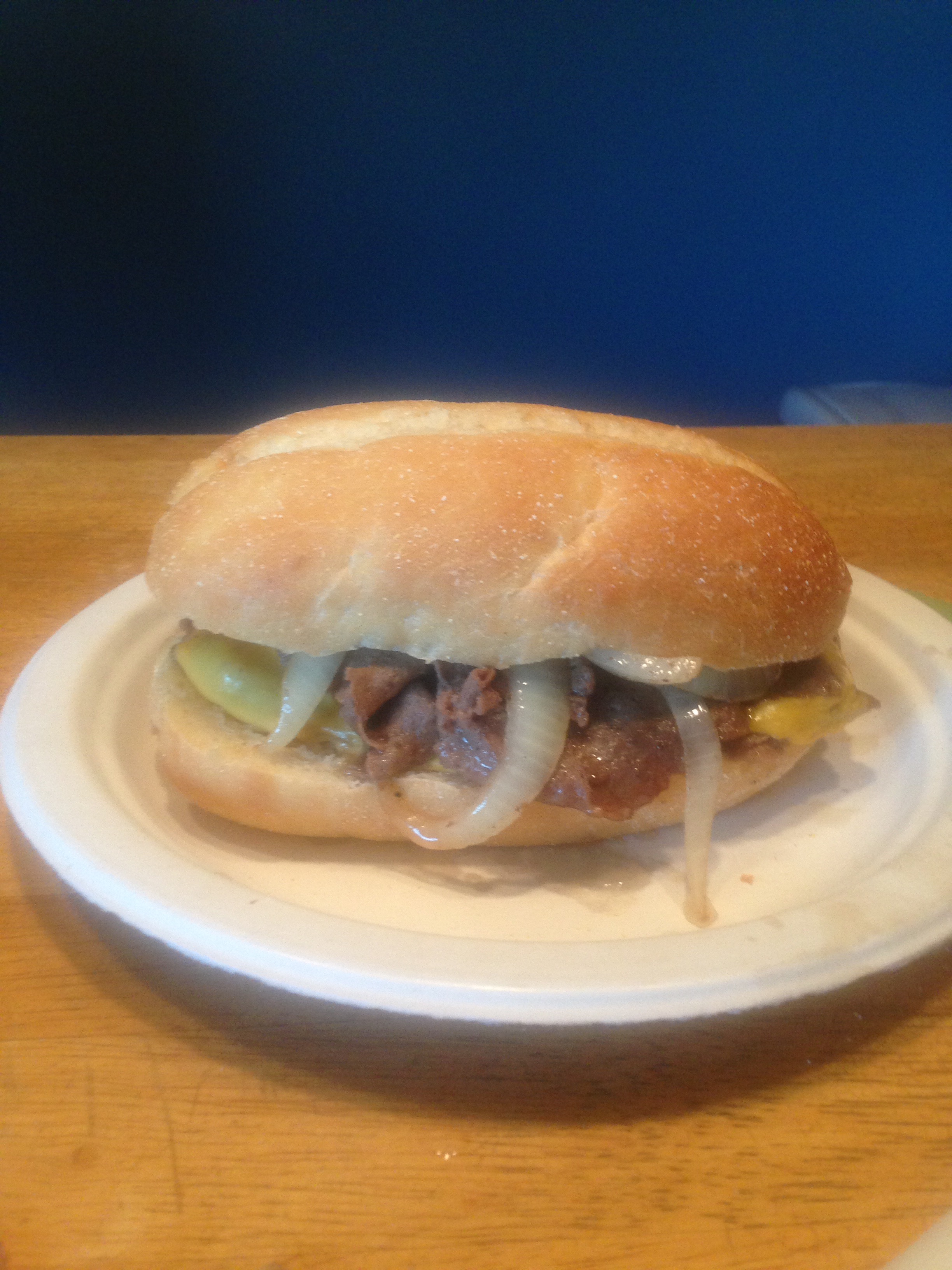 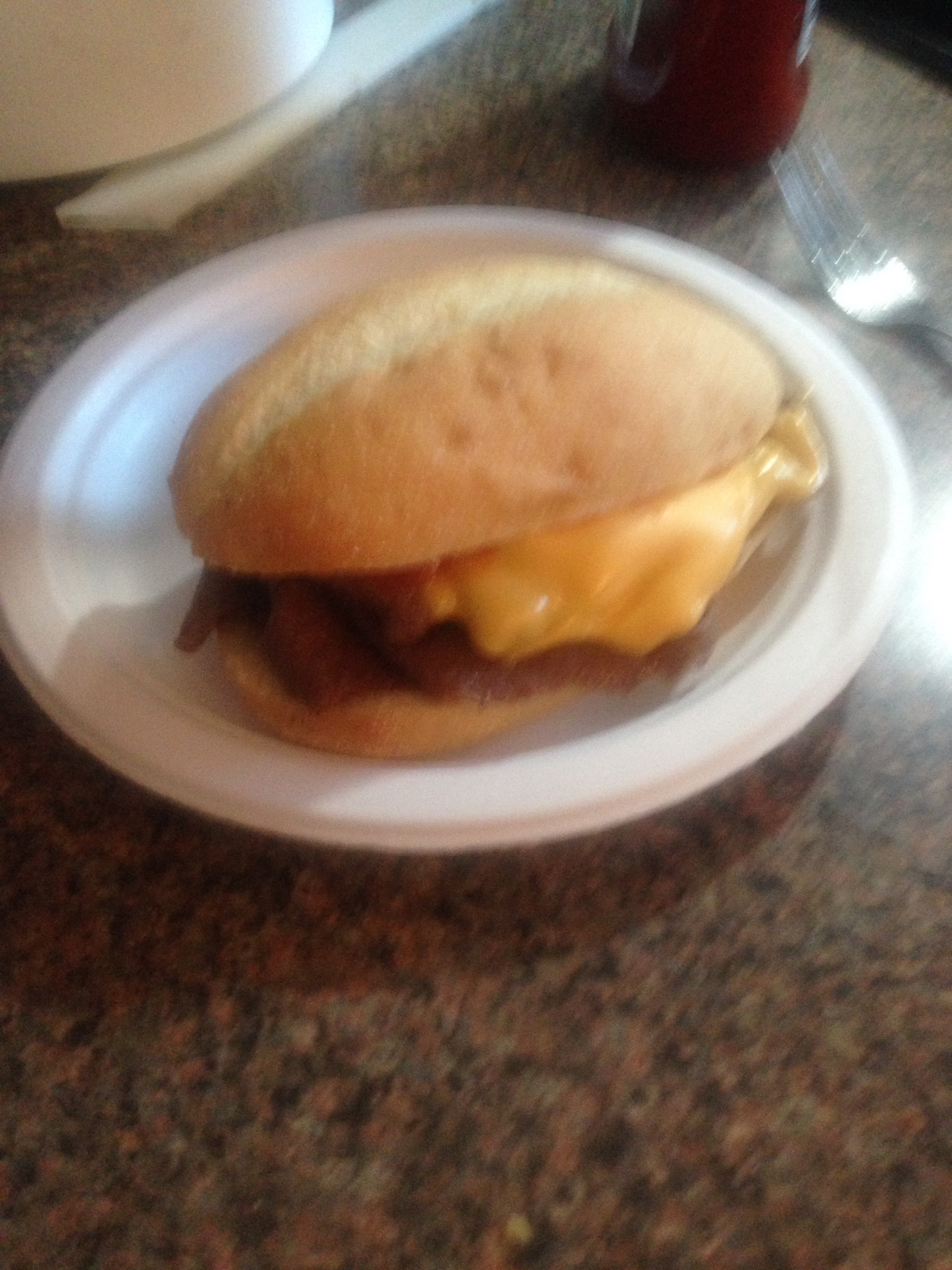 Everyone ate their meal, even asking for seconds. (That’s a huge rarity for any meal I make as you may know.) Too bad I feel like I’ve been dipped in our fancy deep fryer.

I have to go scrub my face now…after I go get some Turkey Hill ice cream. After all, that’s in Pennsylvania, too 🙂

One thought on “Philly Cheese Steaks”