Skip to content
The Bad Mommy Cooks
By Badmommy October 26, 2018April 16, 2019
FYI...my posts may contain affiliate links. This means that if you click on those links and make a purchase, I will receive a small commission at no cost to you. And those commissions are what makes it possible for me to blog. Thank you!

Back in the groove! Pumpkin is definitely pulling into the lead against apple in the “easier” recipe department after the lengthy process to make Homemade Apple Pie. I made pumpkin pie mini cheesecakes last night and OMG they were so easy. And tasty, too—a clear winner in my book. Is there anything more fitting for National Pumpkin Day???

So How Easy Was It?

The entire process took me less than 40 minutes. Wow! That NEVER happens. And I had all the ingredients in the house, so I didn’t even need to go to the store to get anything. Definitely a huge bonus as far as I’m concerned.

It’s so simple—mix graham cracker crumbs with melted butter and salt and voila! Fill a muffin pan with muffin liners and scoop approximately 1 1/2 TBSP of the crumb mixture into each liner and pack it down. I finally found a use for this “muddler” that Hubby brought in some cooking store awhile back: 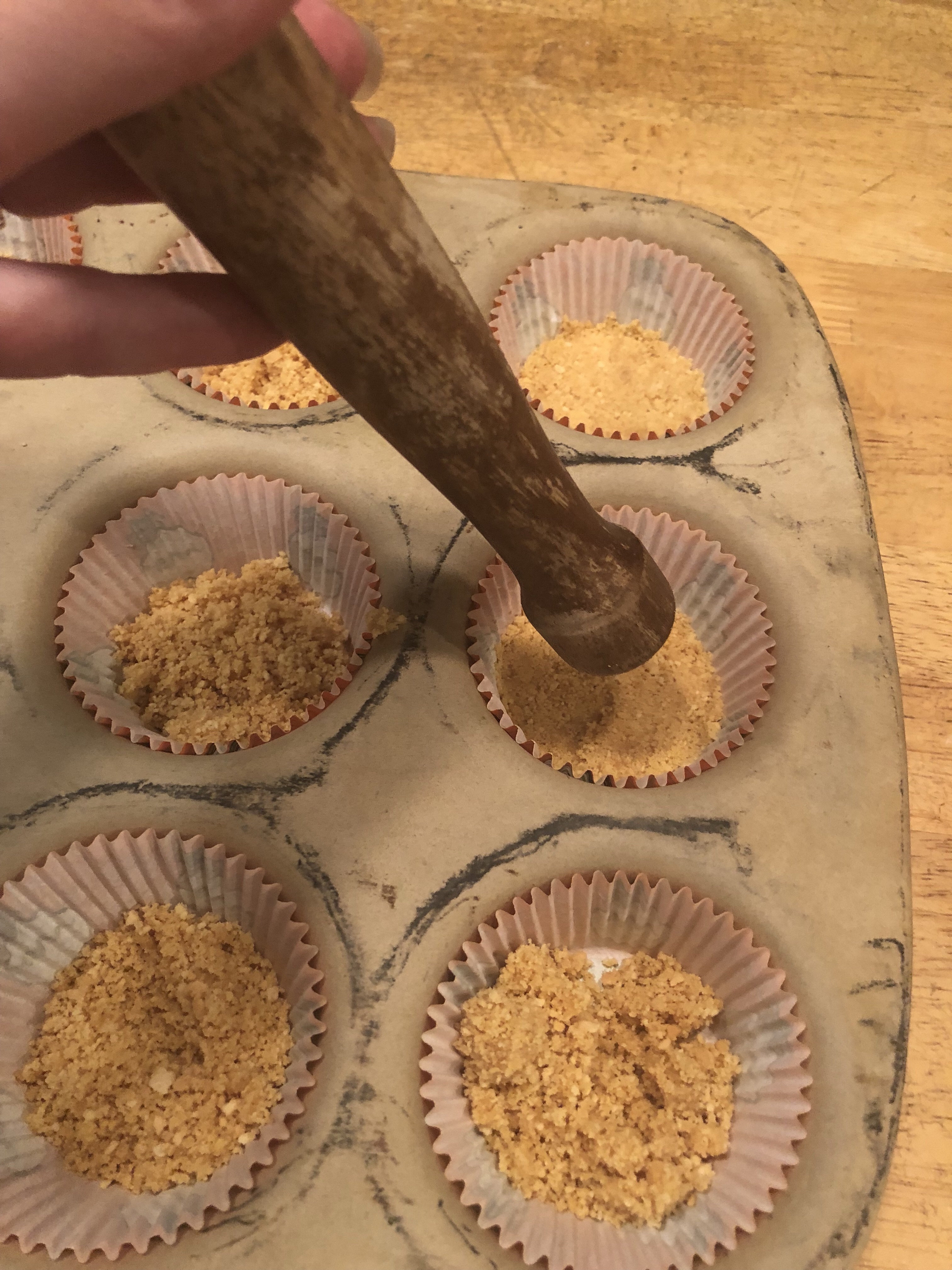 I baked these for 5 minutes while I made the pumpkin pie mini cheesecake filling.

I think it might take longer to say “Pumpkin Pie Mini Cheesecakes” than it does to make them. Okay, maybe that’s slight exaggeration… 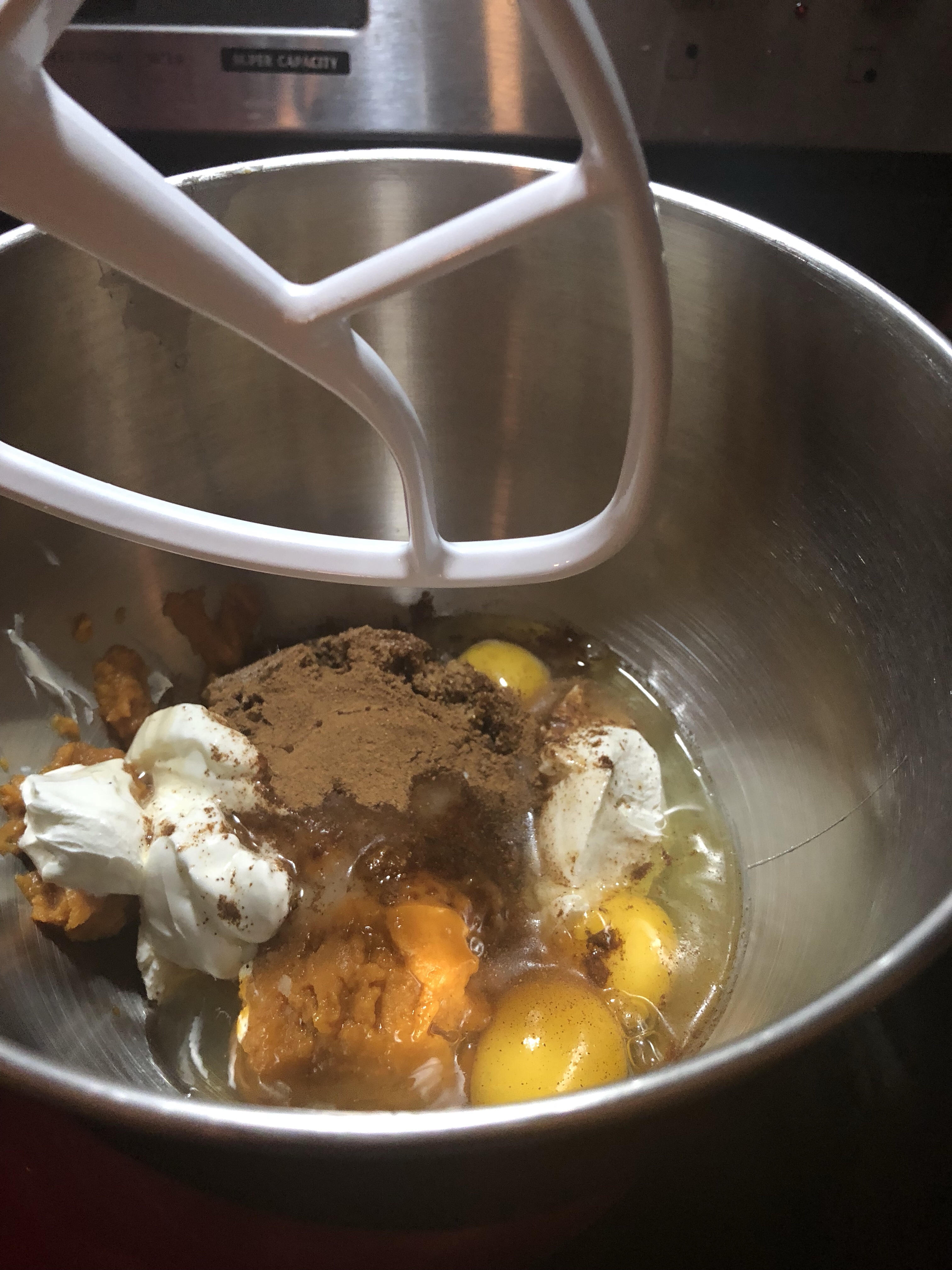 Remove muffin cups from oven and spoon the batter into the muffin cups, filling all the way. Bake for an additional 20-25 minutes or until the pumpkin pie mixture sets. (They will be kind of spongy on top when you poke them.)

Remove the muffin pan from the oven and top with whip cream. I took them out of the muffin wrappers, but you can leave them in to hold them together. A couple fell apart when I did this—the dog welcomed an extra treat. After all the pumpkin cupcakes he had the other day and what misery it wrecked on his intestines, you would think he wouldn’t want to see anything with pumpkin again. No one ever accused him of being smart, though…

Sprinkle cinnamon on top of the pumpkin pie mini cheesecakes to make them look a little fancy: 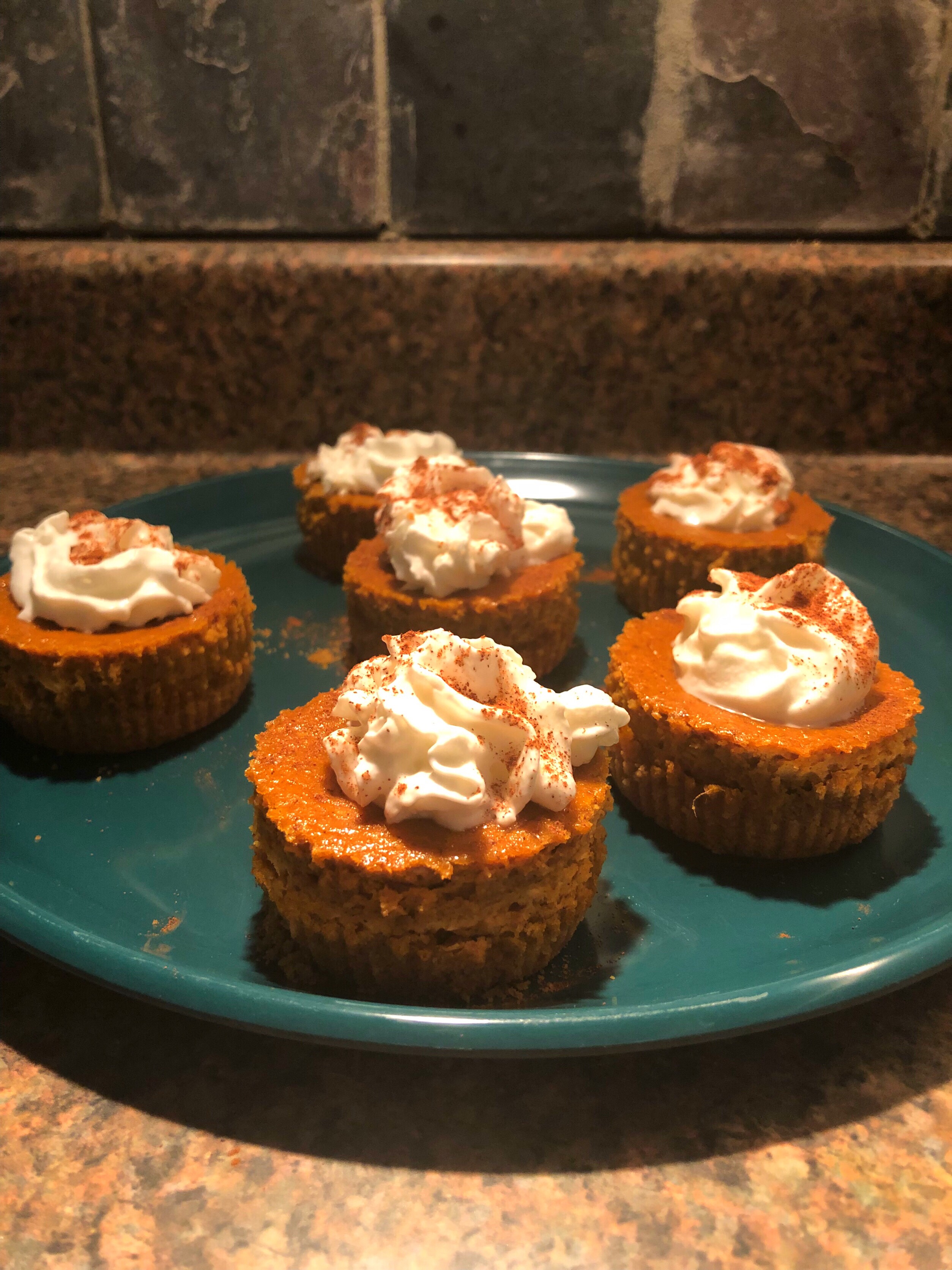 And seriously, THAT’S it. There is nothing more to this recipe than to enjoy!