Skip to content
The Bad Mommy Cooks the USA
By Badmommy May 6, 2018April 17, 2019
FYI...my posts may contain affiliate links. This means that if you click on those links and make a purchase, I will receive a small commission at no cost to you. And those commissions are what makes it possible for me to blog. Thank you!

My aunt and uncle used to live in Vermont about a million years ago. What I remember about Vermont is that it was a beautiful state with twisty, winding roads, lots of farms, and maple syrup.

In fact, I haven’t had maple syrup in about thirty-four years due to those twisty, winding roads. On one trip home from Vermont I had eaten pancakes with strawberries and maple syrup for breakfast—that breakfast ended up in the backseat of our car.

Ever since then, I wouldn’t touch maple syrup with a ten-foot pole. I’m sure my puking was due to the road conditions, rather than maple syrup, but my seven year old brain was convinced that maple syrup was the culprit.

It’s been quite a long time since that fateful car trip, still, no maple syrup has passed these lips. When we pulled Vermont, I assumed I’d go the easy route (especially after my Kentucky fail) and I’d just make waffles, pour some maple syrup on them and call it a day.

To me, that would be a challenge enough since I have a maple syrup aversion. Hubby called me out on it—he said making waffles from a mix (like I do most Sundays) would be cheating.

“Fine,” I said, and I stormed off to troll Pinterest for a Vermont recipe. I quickly became intrigued by a pin for Vermont Maple Apple Rings.

They’re cored and sliced apples dipped in batter and then grilled on a skillet. The recipe only had a handful ingredients and seemed quick and easy. Kind of like pancakes, but with apples in the center.

Still, I was committed at that point…no going back now. And besides, Hubby even made me coffee so I kind of had to make an attempt now. (Even though he only made half a cup and walked away from the Keurig, leaving me to finish making my own coffee while trying to cook 🙄)

I cored and peeled the apples for the rings with my handy Pampered Chef Apple Peeler Corer Slicer: 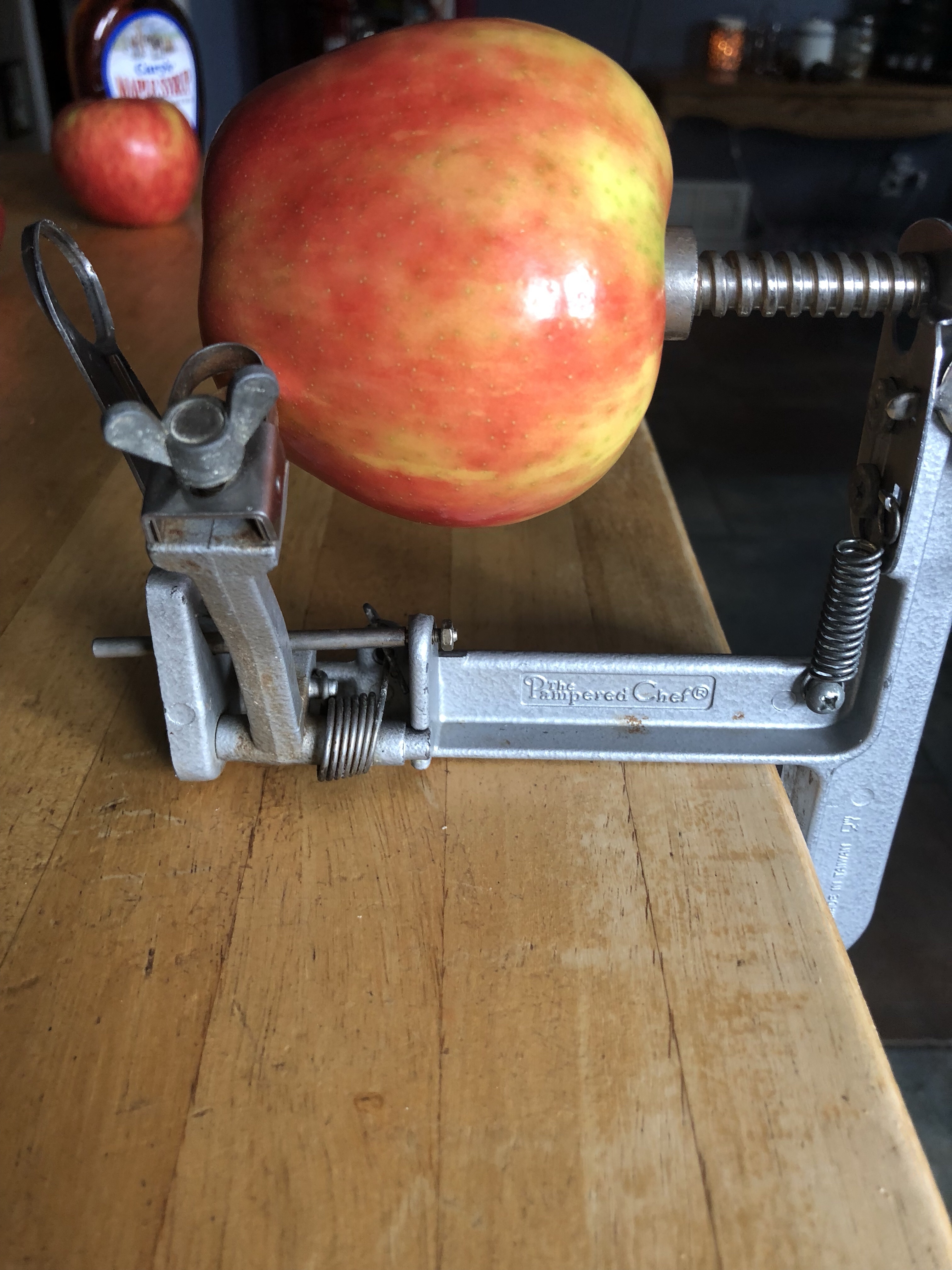 I’ve had this awesome tool since 2002—I’ve used it more times than I could count. It came in real handy today since it not only peeled and cored, it makes them into rings—perfect for this recipe. 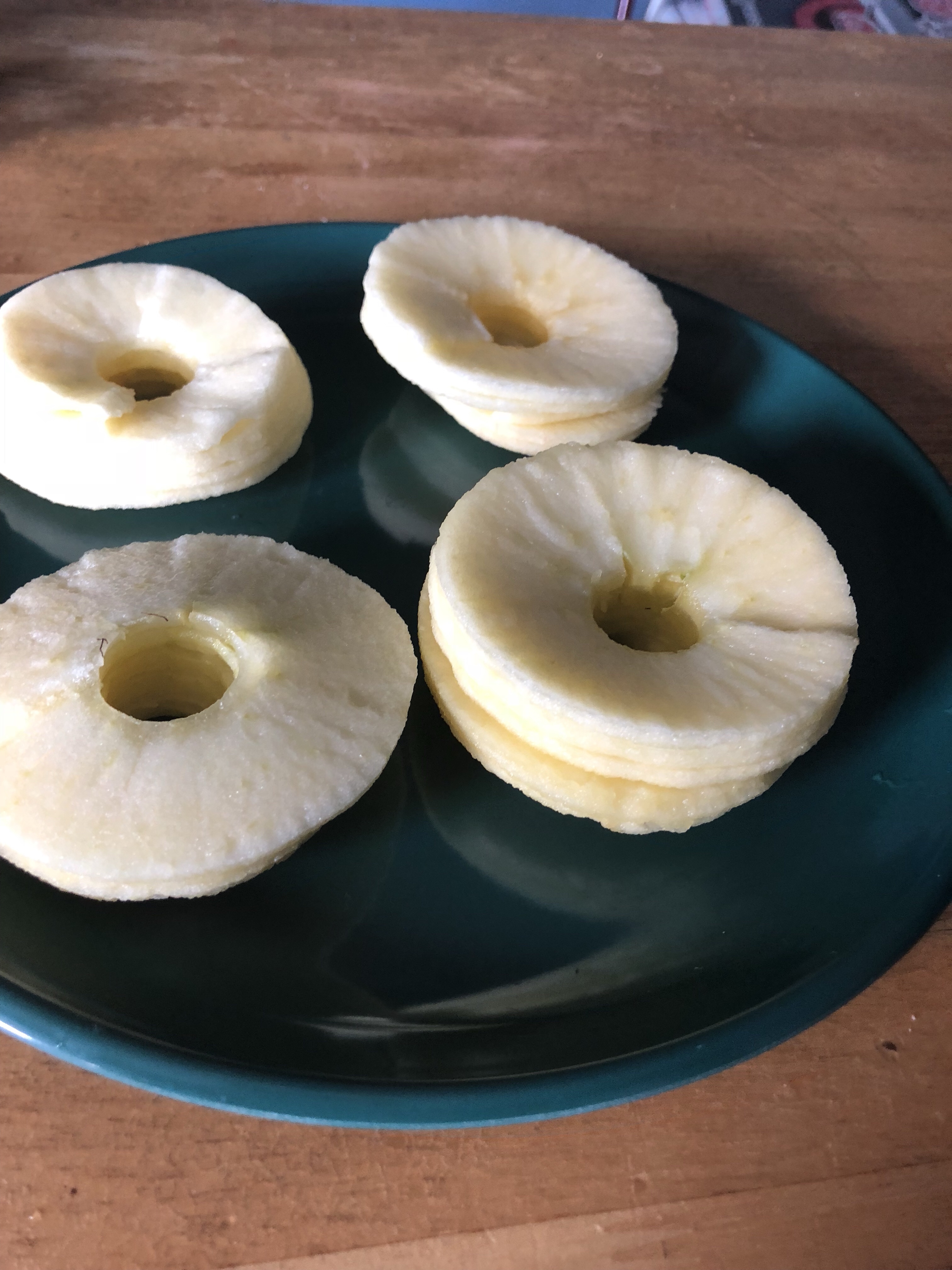 The batter consists of flour, buttermilk, egg, baking soda, baking powder, and salt. That’s it. You whisk the dry ingredients together and then add the buttermilk and beaten egg. You dip the rings in the batter and put them on the warm skillet, just like you would for pancakes. Sounds easy, right? Not for me. 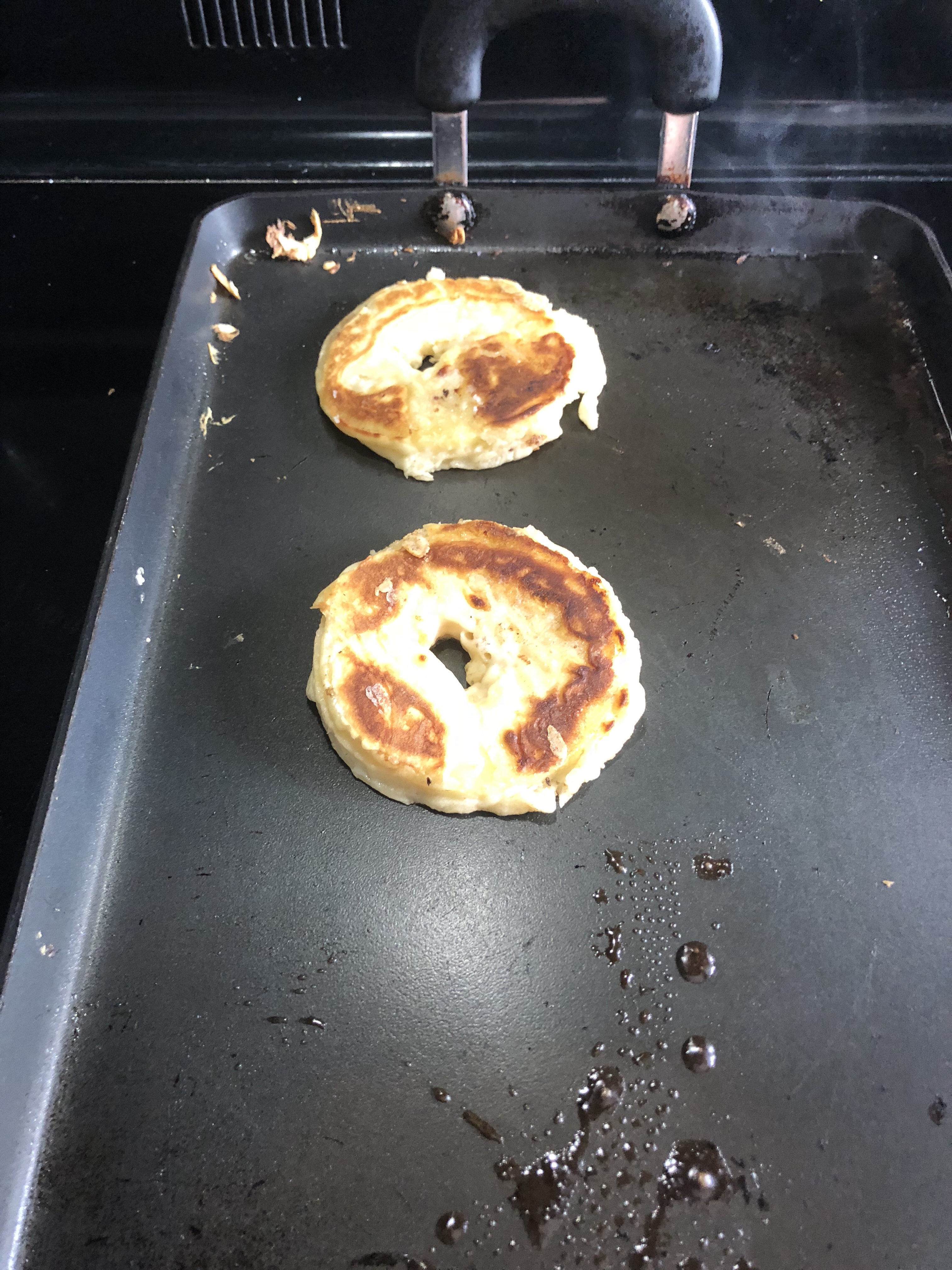 The problem was the skillet got too hot and the rings were uneven texture. This caused burning of some of the batter, but due to the batter not sticking consistently on the rings, some bits of batter didn’t cook. The same thing happens to me with pancakes. I can never cook them thoroughly. The end result wasn’t too bad and they were edible, which is the main thing: 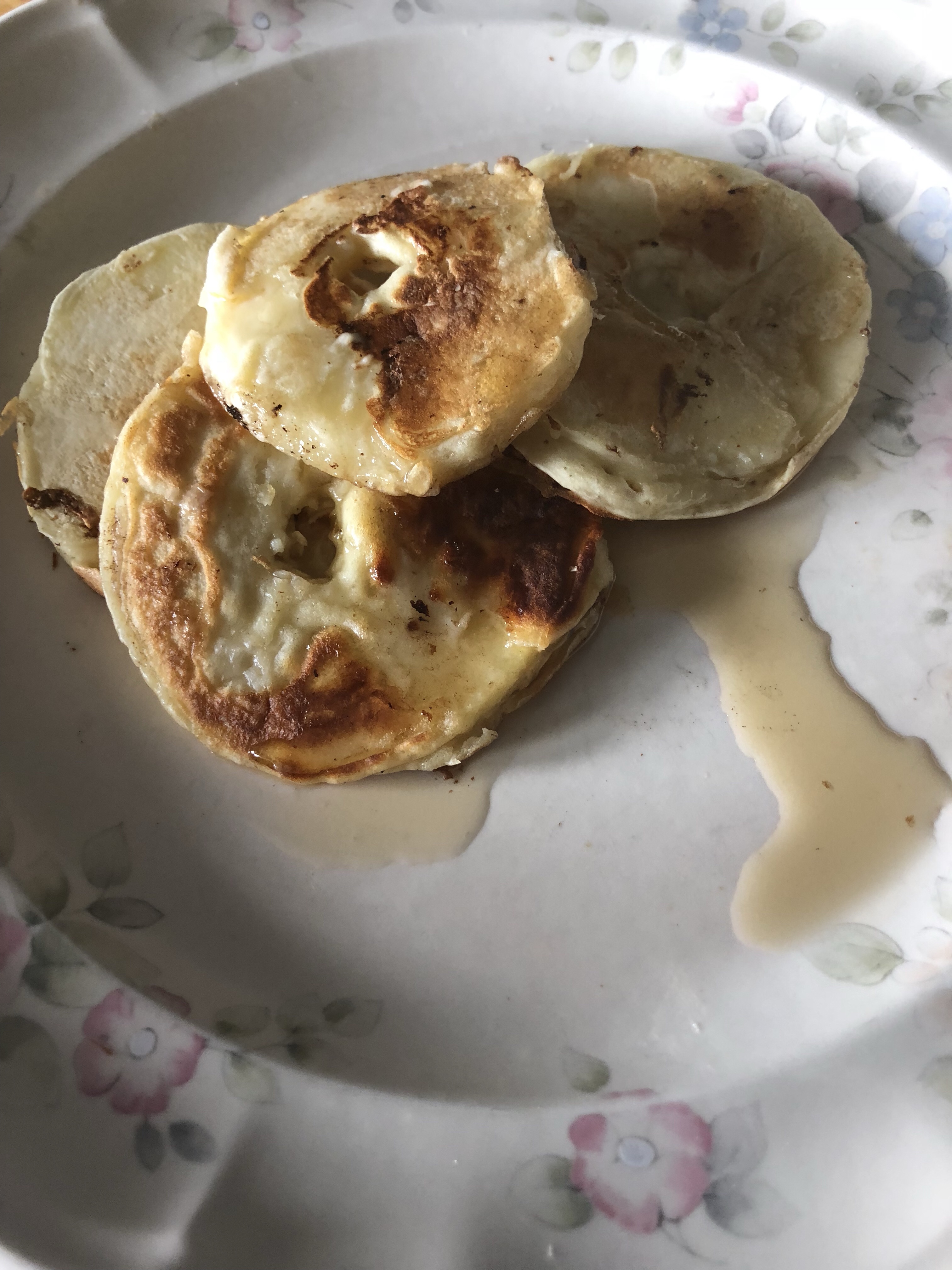 I managed to eat the maple syrup without any adverse stomach issues.

Hubby suggested AFTER I made them that I should drop the batter on the skillet, put the apple into the batter, and then cover with more batter to get more even coverage. I might try it in the future. As for now, Vermont is in the books.