Skip to content
#WhyIDrink Wednesdays Parenting Humor
By Badmommy August 31, 2016April 19, 2019
FYI...my posts may contain affiliate links. This means that if you click on those links and make a purchase, I will receive a small commission at no cost to you. And those commissions are what makes it possible for me to blog. Thank you!

My kids fight. I know, I know, all siblings fight. I’m sure I probably even dropped my halo every once in a while when I was a kid and fought with my own siblings. But my kids do more than just fight…they just NEVER get along. It seems whenever they are together, there are tears (and sometimes blood) shed.

The sad part is, my kids aren’t even together too much anymore. The older one has ninety-seven hours of football practice a day, so his contact with his sister is somewhat limited. Most of the time, there is peace in our household. The other percent of the time is fraught with screeching that can make glass shatter.

You see, my son is a typical brother and nothing gives him more pleasure than the fact he can make his sister have a melt down literally in less time it takes for a bullet to leave the chamber of a gun and lodge between your eyeballs. Oh, by the way, that’s what her screeching actually makes my head feel like…like someone has shot me right between the eyes. I’m thinking the headache that might accompany that sort of thing might actually be less painful.

He’s got a whole repertoire of “digs” that’ll make her go ballistic, ranging from “you smell” to his new favorite “you’re fat.” You wouldn’t think such stupidly constructed statements would cause such disruption, but unfortunately, the insultee in question is an eleven year old girl who is quite easy to insult. (I apparently do it without meaning to about seventeen times a day, usually by just glancing in her general direction. That’s enough to send her wailing and crying into her pillow for at least ten minutes.)

I don’t do it on purpose, by my son LOVES to poke the bear. The bear usually retaliates…she’s the one who’s usually causing the blood shed. She’ll start with  a screech, which usually progresses into a slap…and in the case of today’s incident…a plateful of french fries flung at him in a restaurant. And he laughs and dodges the fries, egging her on more, not realizing how much stress this causes me.

Maybe one day they’ll get along…I can only hope that at some point in time, there will be many more peaceful moments and they’ll actually be more like they are in this picture: 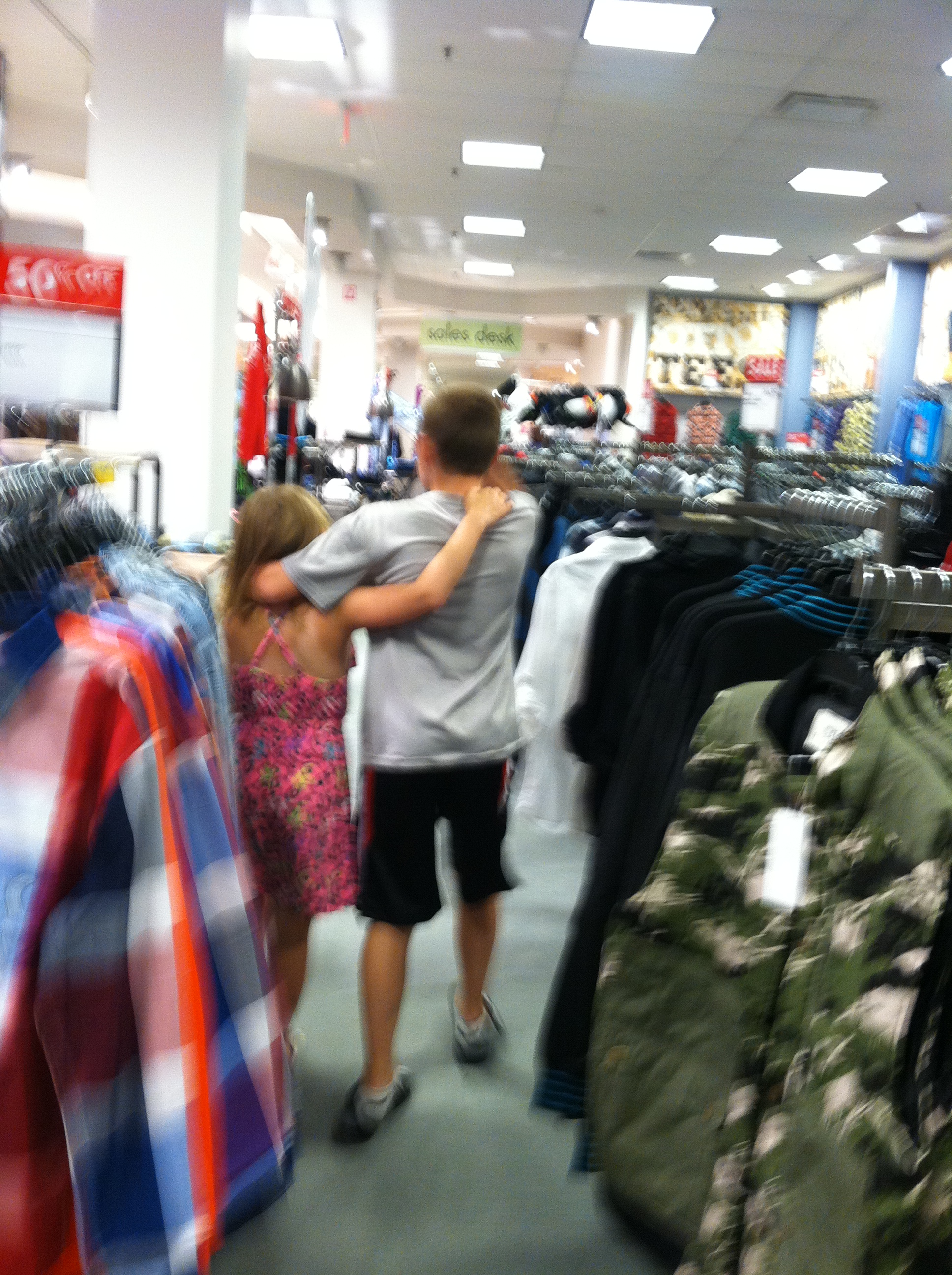 (You can see how surprised I was to catch this rather tender moment…shocked actually, if you judge by the shakiness of the camera). This picture was taken THREE years ago…I’m still waiting. Meanwhile, waiter, I’d like a refill on my wine because this is #whyIdrink.