Skip to content
The Bad Mommy Cooks the USA
By Badmommy June 10, 2018April 17, 2019
FYI...my posts may contain affiliate links. This means that if you click on those links and make a purchase, I will receive a small commission at no cost to you. And those commissions are what makes it possible for me to blog. Thank you!

My house reeks right now. No, the dog didn’t poop in the hallway again. The kids didn’t leave their gym clothes in the living room, either. What happened is I cooked and I am officially the worst cook on the planet. I know…you thought I was getting better at this cooking thing, but apparently you were wrong. This week, I messed up cheese.

Okay, maybe it’s not as simple as me messing up cheese, but it’s pretty damn close. We picked Wisconsin and I asked my aunt in Wisconsin for some advice on our menu. She told me “brats, beer, and fried cheese curds”. Which totally makes sense if you know anything about Wisconsin. It’s as cold as %^&* up there and there’s not too much to do other than drink beer while watching sporting events (either on TV or in person…although I can’t imagine how anyone could stand watching a football game in subzero temps).

And of course as everyone knows, Wisconsin is full of cheeseheads. So cheese and beer it is. And bratwurst because we have to have actual food.

Now neither hubby nor I are big beer drinkers. In fact, I kind of despise the taste of beer. But in the name of science (or whatever this experiment is), I decided I would suck it up and drink the beer. I had this brilliant idea that we could sample different beers from Wisconsin.

Armed with a list, we headed to Joe Canal’s, the biggest liquor store in our area. They had to have some of these, right? Wrong. They had none. Nada. Zilch. They had plenty of New Jersey Microbrews and all the big names, but none of the Wisconsin beers.

Except for Miller of course. I did not want to just cop out and drink Miller. I went to two more liquor stores before I found a beer called Old Milwaukee. I’m sure those of you familiar with beer have heard of this brand, but I have not. The can was kind of interesting:

The beer was okay as far as beers go. It took me about 3 hours to finish the can—and I even used some of it in the fried cheese curd recipe.

Yeah, about that. The fried cheese curds are responsible for the smell in the house. When you deep fry cheese coated in beer batter, it leaves the oily smell lingering in the air for DAYS.

In all fairness, I couldn’t find cheese curds. This seems to be a Wisconsin delicacy unavailable in this area. The recipe I used assured me that I could cube a block of cheddar cheese with similar results: 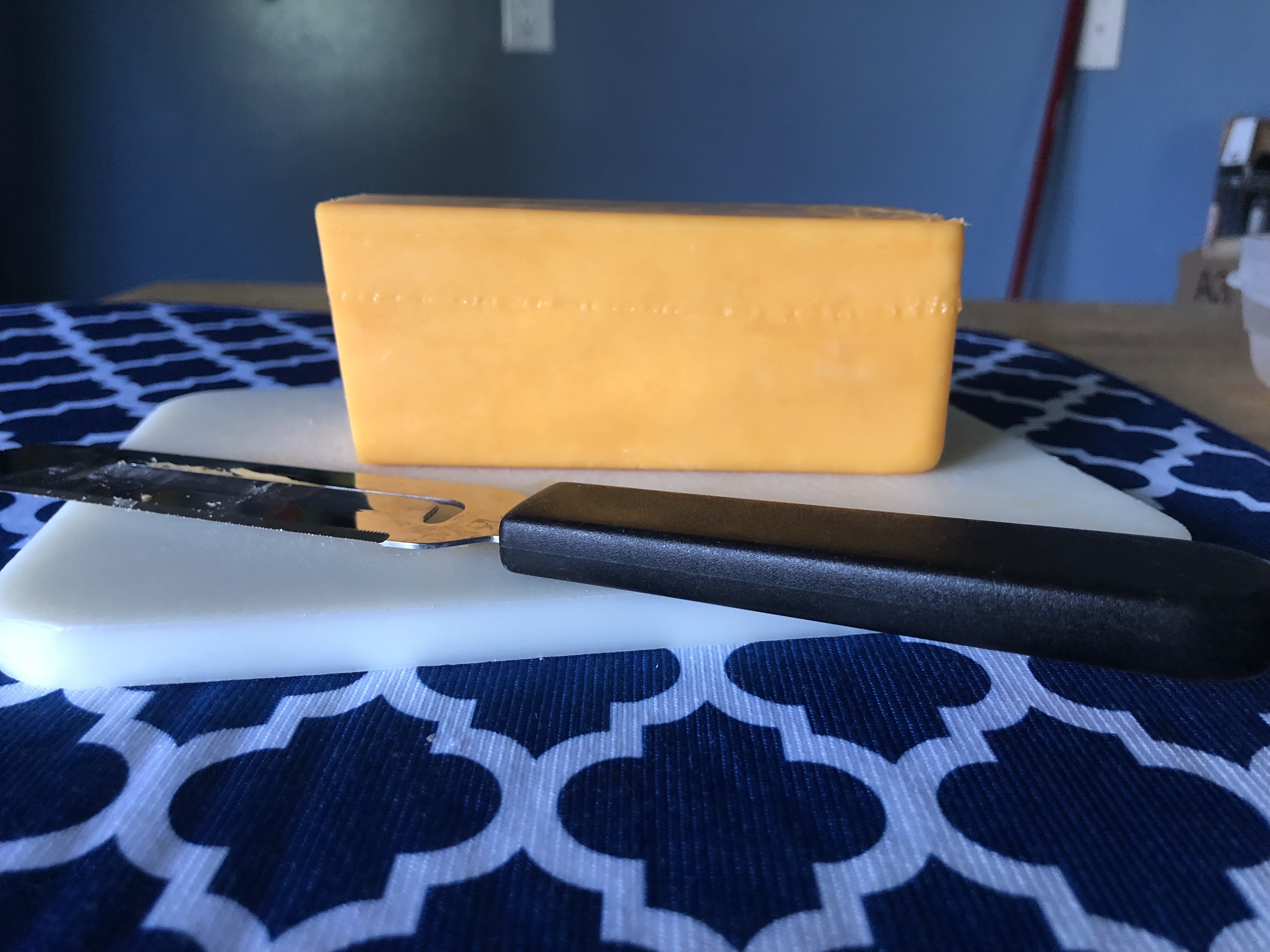 The beer batter was easy to make—1 cup of beer, 1 cup of flour, 1 tsp baking powder, 1 tsp sugar, and 1 tsp salt. I realized immediately that the batter was too runny to attach to the cubes of cheese (maybe it would have worked with the cheese curds, but I’ll never know, will I? Because I’m NEVER going to Wisconsin where it’s so damn cold.). 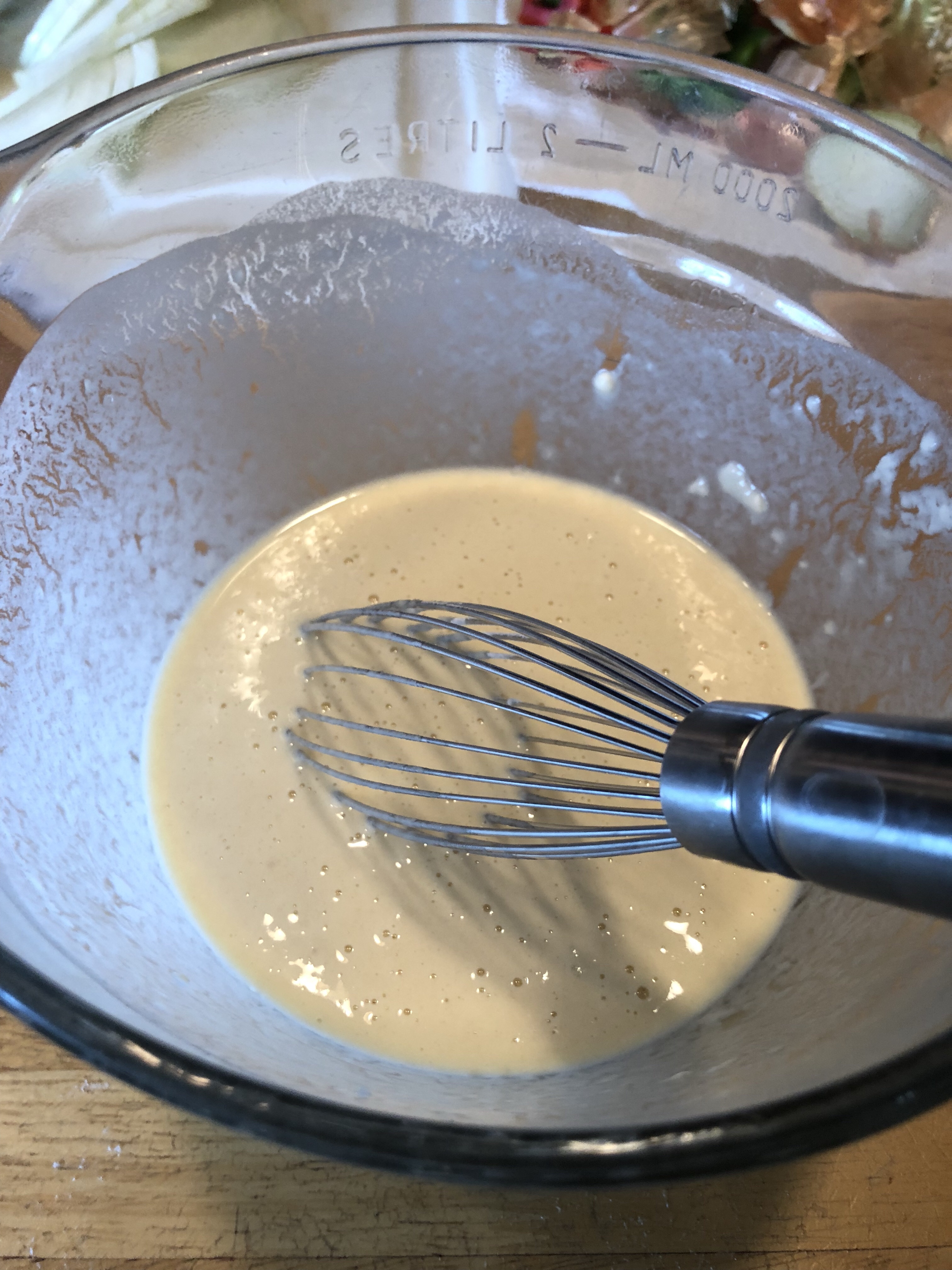 I added another cup of flour and the batter adhered better to the cubes of cheese, but they were still kind of drippy. Still, I persisted—I sprayed the deep fryer baskets with cooking spray and dropped them in. The results were appalling:

Yup, that’s melted cheese all over the basket, even after I sprayed it and everything. The batter just slipped right off the damn things and the cheese melted everywhere. And the oil smell was so gross it turned my stomach. I was super annoyed because I broke out the deep fryer for this experiment. If you’ve used a deep fryer before you know what a pain in the arse it is to clean.

I decided to try my beloved air fryer. I had opted not to use it in the first place because I figured this kind of thing needed to be authentic and the air fryer wouldn’t work well, but damn it…I had 20 odd cubes of cheese with batter on them. I was using the air fryer.

Turns out, my first instinct was correct. Here are my air fried cheese “Curds”: 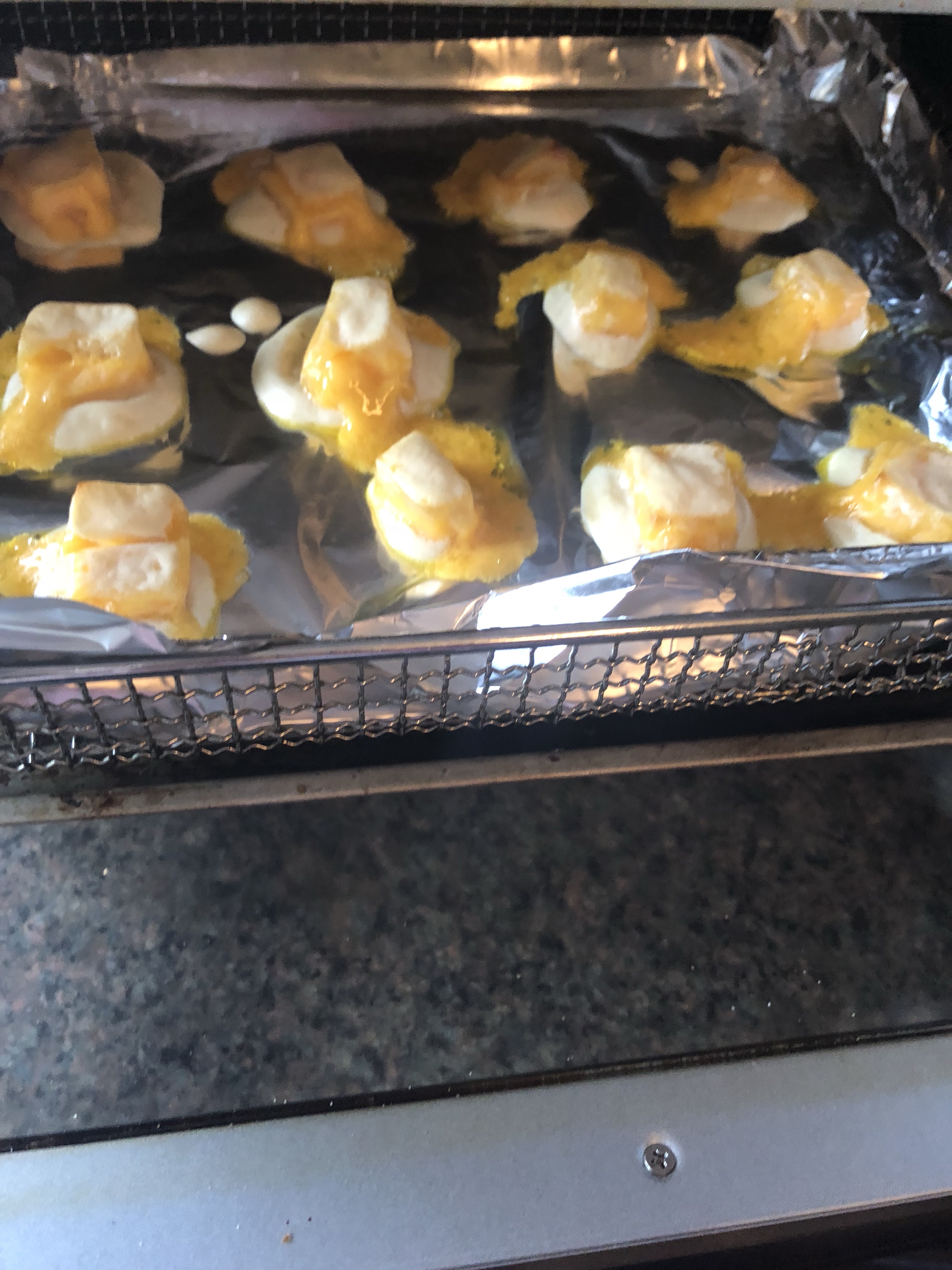 At this point in time I decided to admit defeat and have hubby cook the brats. I figured it would be in the best interest of the family. He was slicing the onions and peppers anyway… 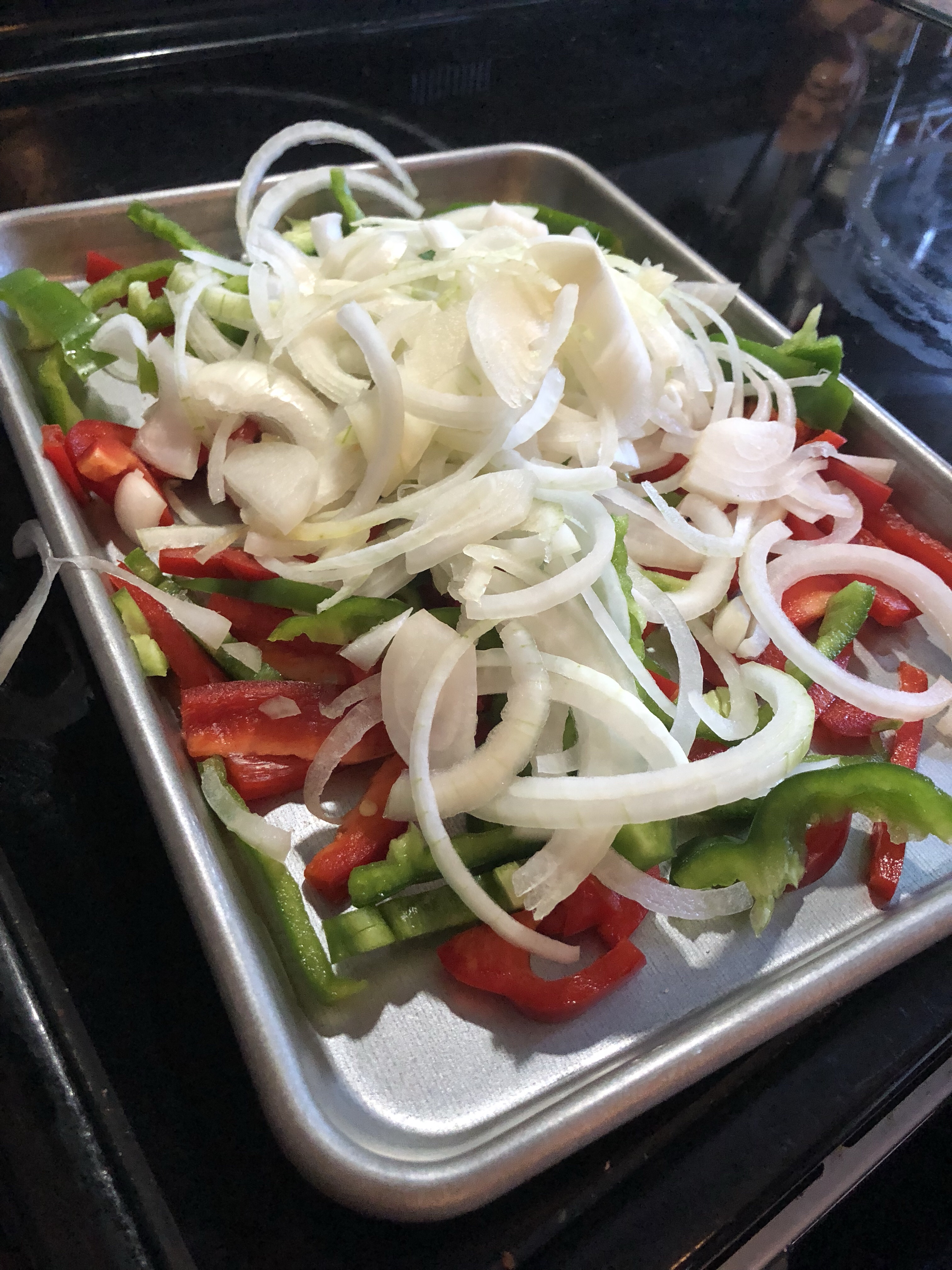 He topped the mixture with the bratwursts and some salt and pepper, and popped in in the oven at 375 for 40 minutes. For the last ten minutes, he turned it up to a broil and voila! 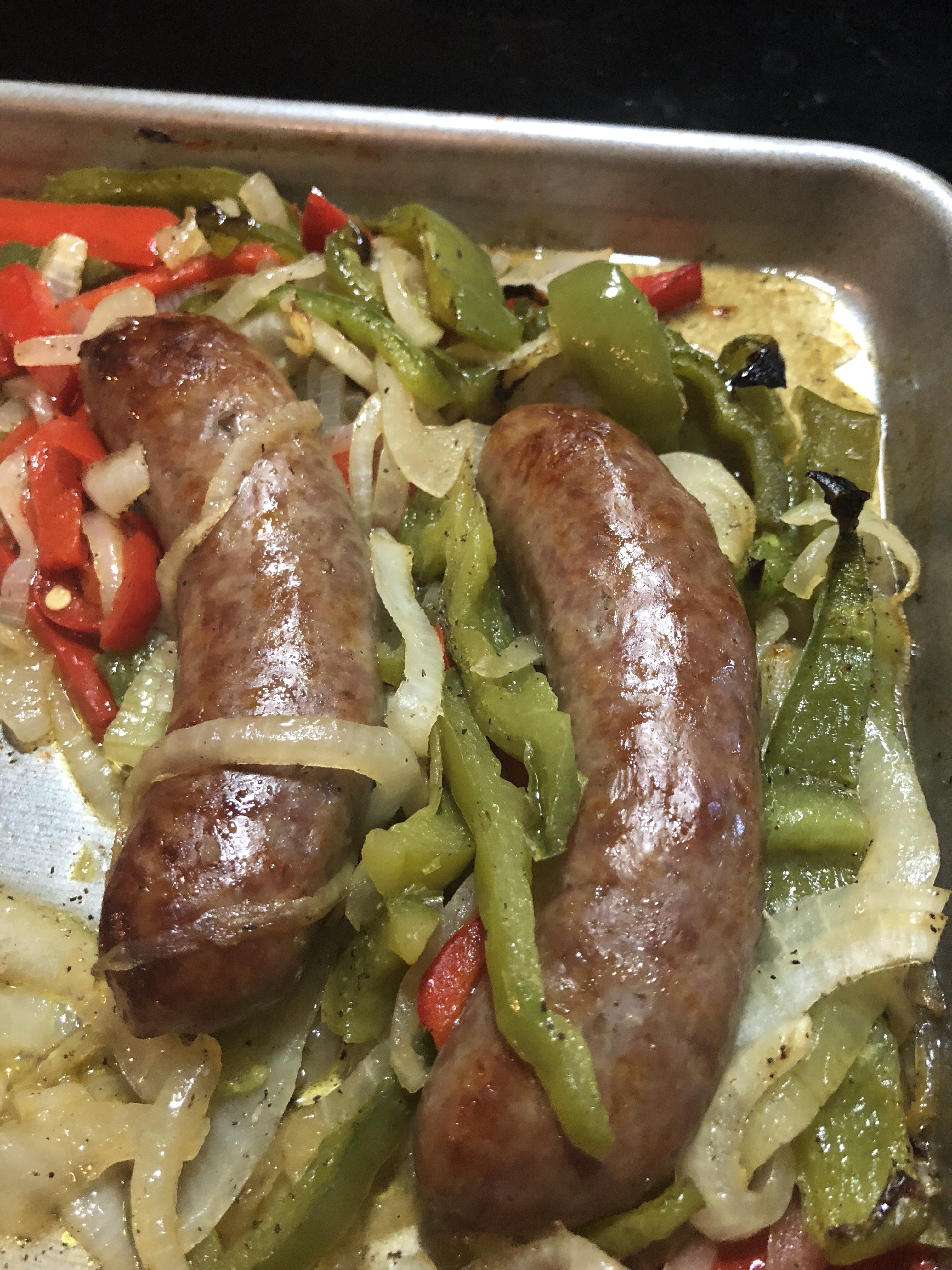 We scooped them onto hoagie rolls and the children promptly informed us that the meal was “disgusting” and “inedible”. I assure you hubby’s contribution was completely edible as it always is (although I didn’t put peppers or onions on mine…I just topped it with sauerkraut and mustard which I’m sure is totally incorrect). 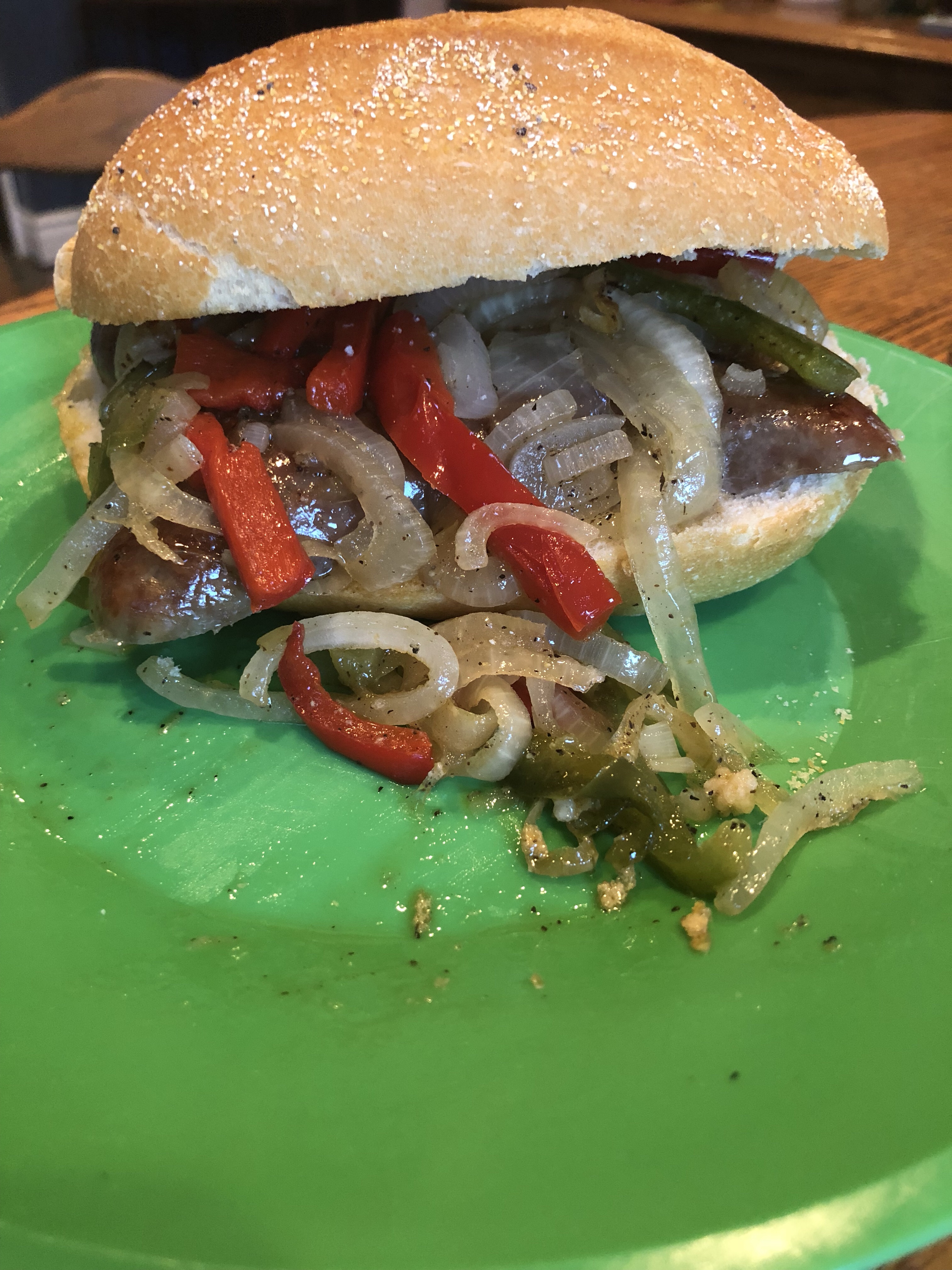 So the “brats” did not eat the brats. Instead they snuck into the kitchen after I spent 97 hours cleaning up the deep fryer mishap and they dirtied up the kitchen making pasta.

How can one make a mess making pasta? Oh, my kids can! Water overflows the pot and burns the electric stovetop. And they leave the strainer in the sink with bits of pasta sticking in it. And we can’t forget the parmesan cheese sprinkled all over the counter. And the table. And the floor.

Good thing I drank that beer and I was a little more mellow.

I swear, the next state we do, we’re NOT including them. Especially if they’re going to make pasta anyway.