Skip to content
The Bad Mommy Cooks the USA
By Badmommy May 12, 2018April 17, 2019
FYI...my posts may contain affiliate links. This means that if you click on those links and make a purchase, I will receive a small commission at no cost to you. And those commissions are what makes it possible for me to blog. Thank you!

Alabama is going to be a two part blog because I got cocky and decided to make a meal AND a dessert. Both the Smokehouse burgers with Alabama white BBQ sauce and the Strawberry Icebox cake I looked at seemed simple. I didn’t think I could mess it up. Apparently I don’t know myself very well.

As you might remember, when we started this state challenge, I tried several times to make our first meal. We originally were going to do this in alphabetical order, but I met a lot resistance to the fried catfish that I planned for Alabama. I actually ended up throwing out the catfish I bought. That’s when we decided to pull each state out of the hat.

Needless to say that when Alabama got picked (they had to realize at some point it would happen…) there were faces made. So instead of putting them through the “catfish” ordeal again, I searched Pinterest for some new ideas. That’s where I discovered Smokehouse burgers made with ground pork instead of beef. We often have burgers at our house, but we’ve never had pork burgers, so I decided to try those.

Yeah, you read that correctly. I. Went. Rogue. The White BBQ sauce seems to be an iconic staple in Alabama—everywhere I turned there were recipes for a different version. The one I used had mayo and Greek yogurt along with apple cider vinegar, honey, hot sauce, lemon juice, garlic and dijon mustard. 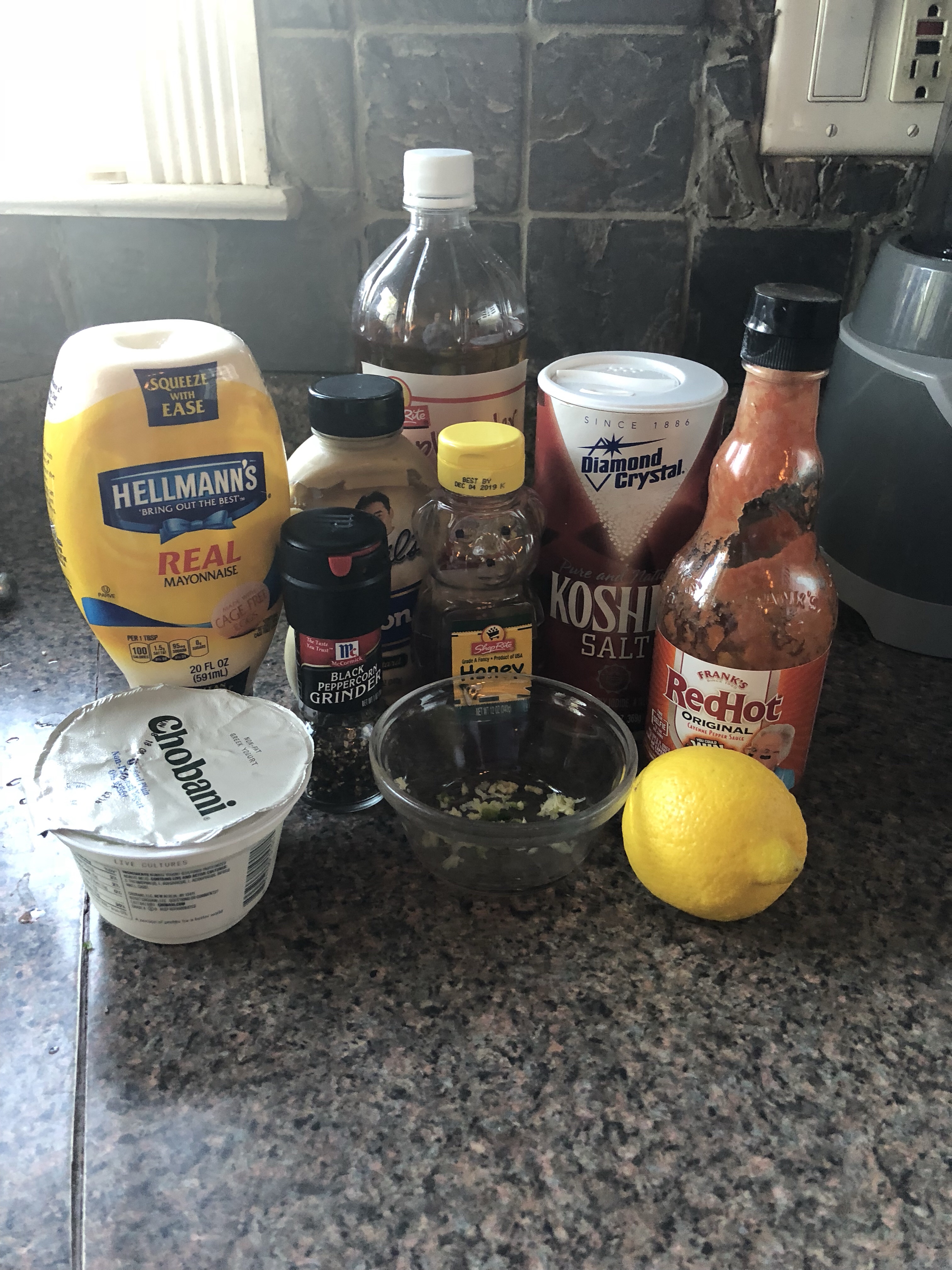 All those flavors mixed together? The result is crazy good. (I didn’t measure anything out either…just a bit of this and a splash of that…shhh…don’t tell Hubby!) 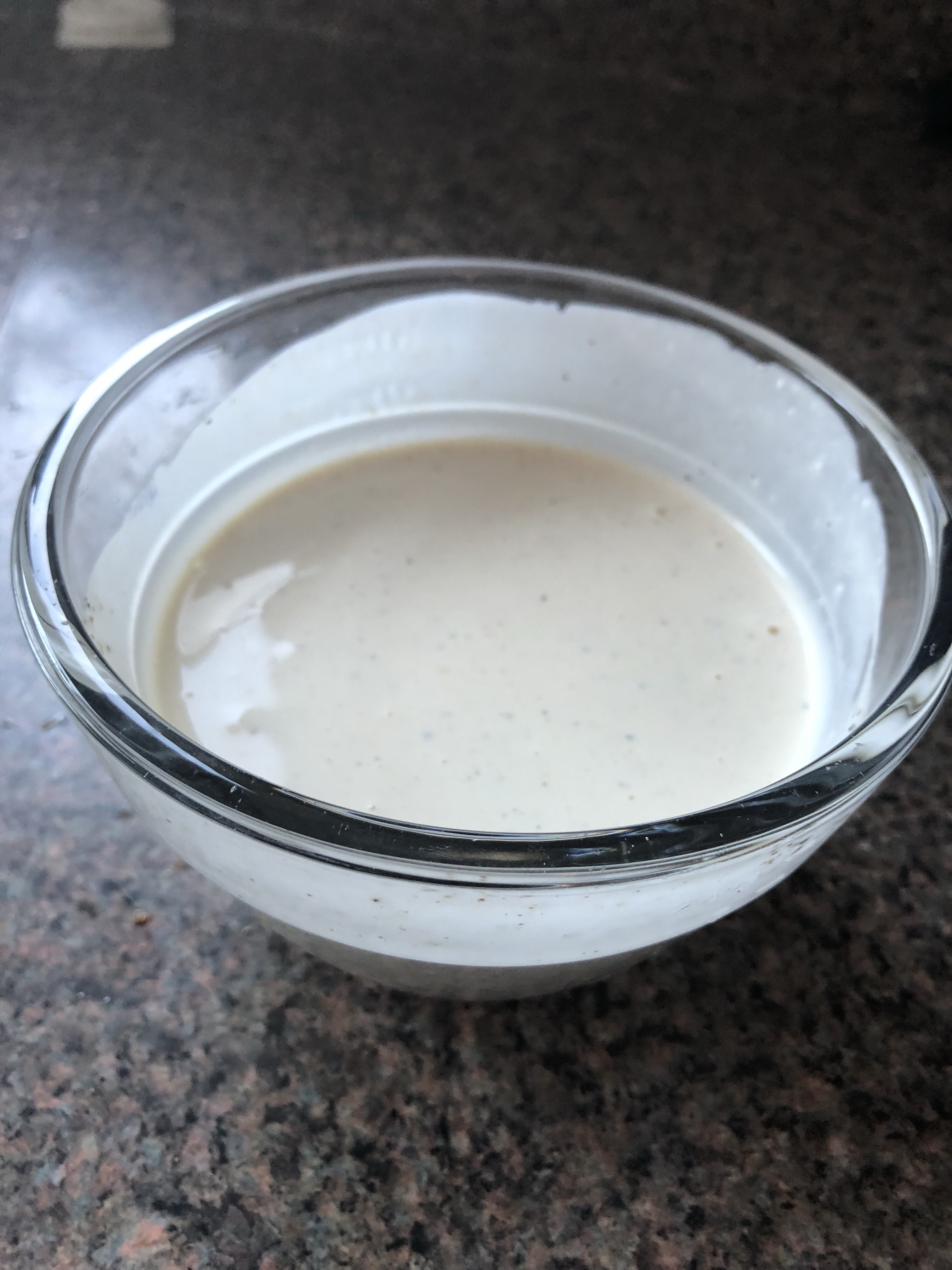 It’s got a tangy ranch sauce kind of vibe going on…difficult to describe, but worth trying. Even after we were done with our burgers I was dreaming of all the other foods I could drizzle this sauce on…like wings. Mmmmm.

While I worked on the sauce, Hubby made the burgers. He wouldn’t let me make them because he is picky when it comes to burgers. I used to just buy the frozen Costco packages of burgers—he nearly had a heart attack when he discovered that. So ever since then, the only burgers we have are made lovingly from scratch:

These burgers had ground pork, smoked paprika, chipotle chili powder, cayenne pepper, salt, and black pepper. We served them on kaiser rolls with smoked Gouda and strips of bacon. (I wanted to have them on potato rolls but Mr. Chef of the Year would never dream of varying from the recipe…he’s not a rebel like me…) 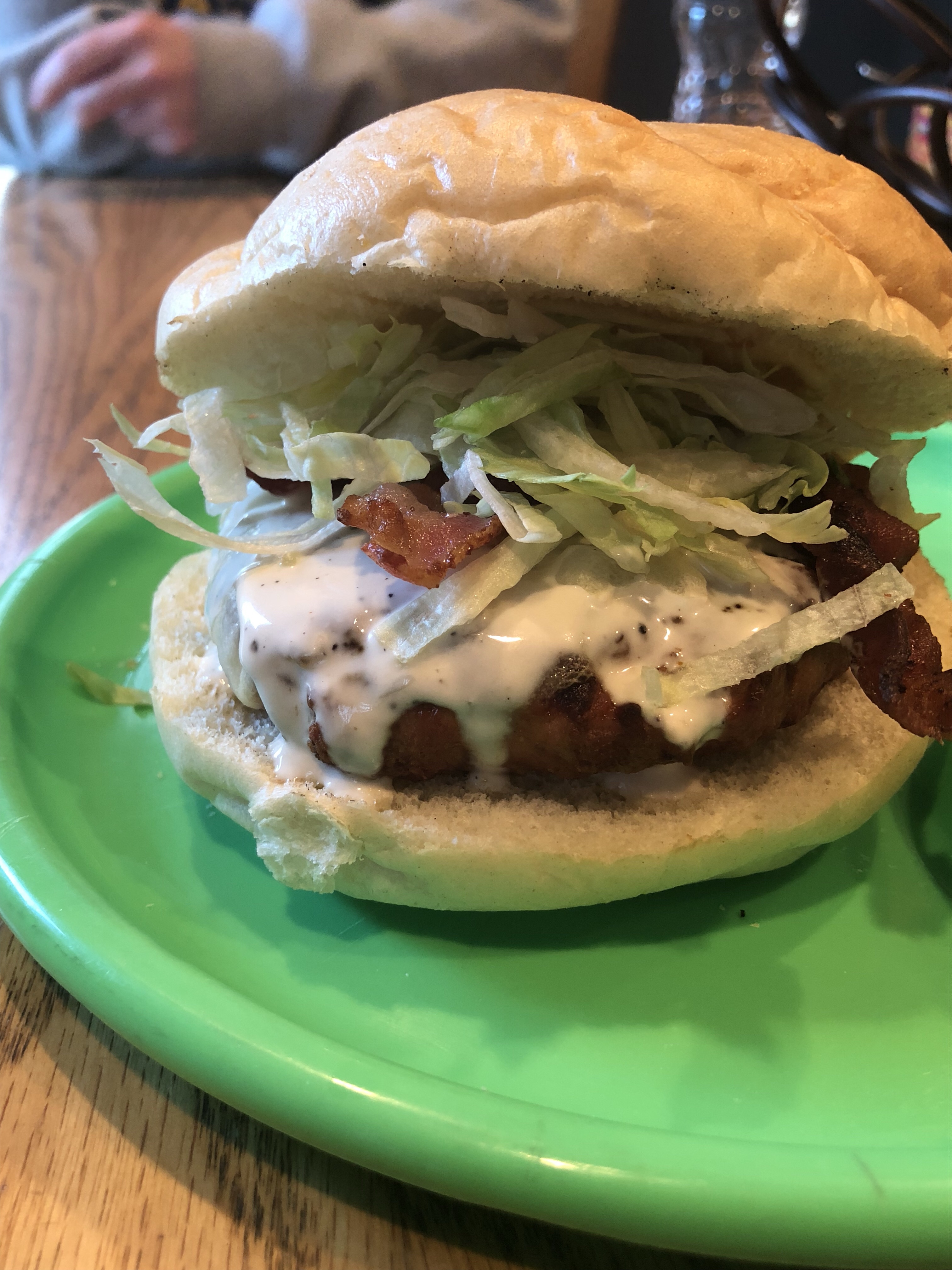 Very nice flavors married together into a delicious burger. My only complaint is that it was drier than I’m used to—next time I think we will mix in some ground beef or use meatloaf mix.

Anyhoo, I’d highly recommend this recipe and the Alabama White BBQ sauce. I’ve got some left over…I wonder how it would taste on Fried Catfish? 😏

One thought on “Alabama Smokehouse Burgers”