Skip to content
cooking The Bad Mommy Cooks the USA
By Badmommy September 24, 2017April 18, 2019
FYI...my posts may contain affiliate links. This means that if you click on those links and make a purchase, I will receive a small commission at no cost to you. And those commissions are what makes it possible for me to blog. Thank you!

How weird is it that two of the first three states we picked were North something or another??? Almost as weird as two of the first four states being off the continental US (are they non-contiguous? Is that a word? It must be…spell check didn’t yell at me.) States 49 and 50 to join the union, were dishes 1 and 4 in our house.

As soon as my daughter pulled Alaska from the hat, we all got a little giddy. The hubby has spent countless hours watching The Deadliest Catch so naturally the first thing that sprang to everyone’s mind was…crab. And not just any crab…Alaskan King Crab.

Delicious, succulent, mouth watering…EXPENSIVE Alaskan King Crab. I guess in watching all those episodes of The Deadliest Catch, we failed to remember the fact that deadly=expensive. Hubby went to the store to get crab for our meal and THIS is what $25 got him:

Needless to say, we’d be laughed out of the kitchen if we offered that to the children for a meal. Hubby also picked up some salmon, another popular dish in Alaska.

Now, we have salmon a few times a month, so it naturally wasn’t very exciting for them. Fighting over the crab claws however…oy. Hubby had to pull the meat out and I had to dole it out equally so that the children did not maim each other over who had more crab. 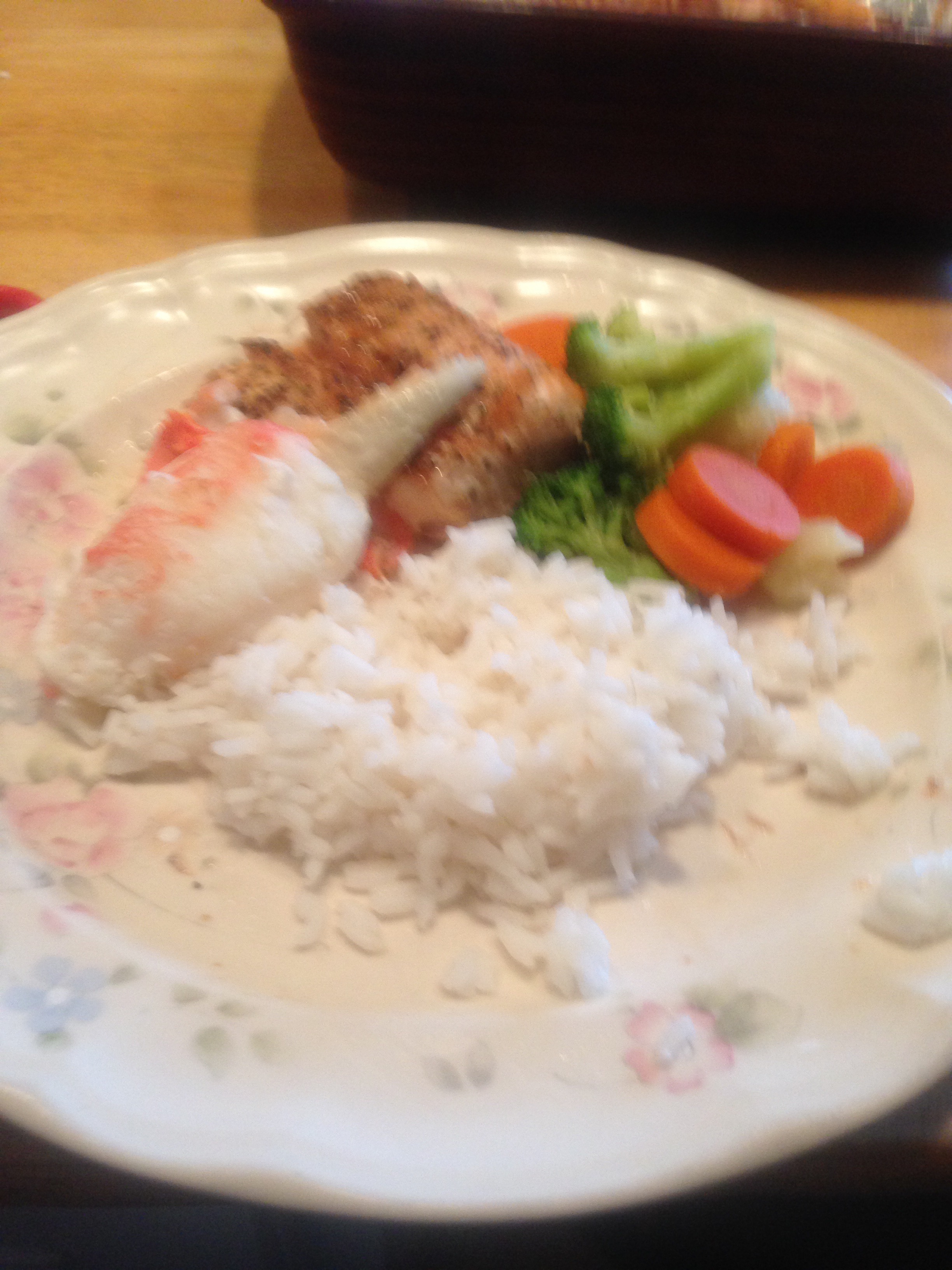 As we devoured the crab, the kids asked why there were “All You Can Eat Snow Crab”  buffets, but we had never gone to an “All You Can Eat King Crab” buffet. Interesting question…I had never seen one. I would think they would have to charge an astronomical amount to not lose a ton of money.

Hubby started to speculate on how much he would actually pay to go to such buffet—$100. INSANE.

How much would YOU pay for an “All You Can Eat Alaskan King Crab” Buffet?????

One thought on “Alaska King Crab”