Skip to content
Uncategorized
By Badmommy February 13, 2015April 19, 2019
FYI...my posts may contain affiliate links. This means that if you click on those links and make a purchase, I will receive a small commission at no cost to you. And those commissions are what makes it possible for me to blog. Thank you! 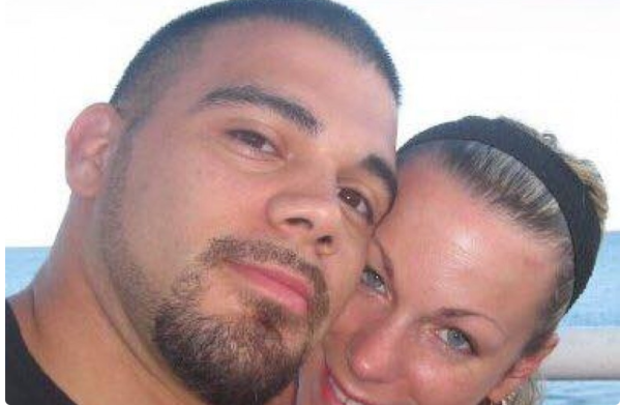 I started The Bad Mommy Diaries blog as a place that I could relay funny tales of what was going on in my life; stories that I hoped other parents could relate to and laugh along with. My only unwritten rule for my blog was that it had to have humor.

Today I’m going to break that rule because sometimes life isn’t funny. Last Thursday, my brother in law was tragically killed at work. It wasn’t something I was going to blog about simply because of that unwritten rule. Who wants to read something so upsetting and depressing in a place they go to for lighthearted stories?

So much was racing through my head that I couldn’t sleep for days. There were no words to describe how I felt. I couldn’t find anything funny within me or write anything amusing.

Then, at the wake, a friend’s husband suggested that it might be cathartic to just write. The words didn’t even need to make sense. I thought about that for a few days and I realized that he was right. So write, I will.

My brother in law got up for work last Thursday, got dressed, ate breakfast, drank his coffee, and drove to work, all without knowing that it would be the last time he would ever do those things. He was probably thinking about what he was going to eat for lunch (and dinner and lunch again) or devising a witty text to send my sister.

Maybe he was plotting what TV show he was going to make fun of that night or planning his next paintballing excursion with my nephew. And then, he went to his first job of the day and never left. He never did any of those things. He never came home.

Think about that for just a second because that’s all I’ve been thinking about for the last week. He. Never. Came. Home. 31 years old. His 32nd birthday is next month. He won’t see it. He won’t see his new baby born. He won’t see my nephews graduate high school or get married. He won’t know what happens on The Walking Dead this season. He won’t know who Chris gave the final rose to on the Bachelor (not that he really cares…he would just like to mock the whole thing).

All things that we take for granted; all things that we assume we will do in our lifetime because none of us think we are going to leave for work and not come home. We never know when we will wash our hair for the last time or kiss our spouse for the final time or see our last sunset.

And that’s scary as hell. Because we always think “I’ll do that tomorrow” or “I’ll have time for that next month” or next year. If I’ve learned anything in the past few days it is, DON’T wait. There might not BE tomorrow or next month or next year.

Mike DIDN’T live for tomorrow though. If there was one thing everyone would say about him (besides the fact that he was the nicest, biggest jerk you’ll ever love), was that he lived his life. He lived more in his short time on earth than people in their nineties have. He embraced his life in everything he did. He was never serious.

Nearly every single picture we have of him he is either making a ridiculous face or clowning around. He played video games and read comic books…he was a kid in an adult’s body. When the mood was dark or there was fighting going on, he would strap on a bra and slip into a pair of heels and talk in a high pitched voice until you were rolling on the floor and completely forgot what you were upset with to begin with.

He never wanted to grow up, yet he could be the best father and husband you could imagine. It always amazed me how he could be like a child but be so mature at the same time.

Maybe that’s what we all need to do in this life. Stop worrying, stop obsessing about stupid things, stop putting things off till tomorrow. Oh there’s things we can put off till tomorrow: the dishes (unless you just used your last bowl), the laundry (unless you don’t have any underwear), and the vacuuming (unless you have guests coming that are allergic to dog hair).

But when the opportunity presents itself…DON’T put off: hugging your family, telling someone you love them, putting your work aside to go play in the snow, and making your dreams happen.

Ironically, I made my own bucket list the weekend before last. I had 50 things I wanted to do before I was 50. And already, there’s one thing on that list I can’t do. Mike was an MMA fighter and I wanted him to teach me. But I will make it a point to do as many of the other 49 things on that list in his memory.

Because in the end, that’s all we have…it’s not about whether our house was clean or we were the best dressed or drove the nicest car. It’s about our memories…the ones we have and the ones others make with us.

Have no regrets. Live every day like it’s your last. Because you never know when it will be.

One thought on “Have No Regrets”