Skip to content
The Bad Mommy Cooks the USA
By Badmommy February 25, 2018April 18, 2019
FYI...my posts may contain affiliate links. This means that if you click on those links and make a purchase, I will receive a small commission at no cost to you. And those commissions are what makes it possible for me to blog. Thank you!

This is how the conversation went after we pulled Michigan out of the hat.

Hubs: What food are we having for Michigan?

Me: Well I researched it, and it turns out Pasties are big in Michigan.

Hubs: (with incredulous look on his face) I’m pretty sure you’ve got that wrong. I don’t think you can eat Pasties. (Far off look in his eyes) Well, maybe you can. Hmmmm, I wonder if I can take that to Shark Tank…

Me: (annoyed) I looked it up. They eat Pasties in Michigan. It’s like a huge deal there, too.

Child #1 (who apparently knows wayyyy too much): I’m almost positive you’re wrong about that.

Child #2: What are pasties?

In a huff I pull the Pinterest recipe up on my phone and wave it in their faces.

Turns out I was pronouncing the food incorrectly, hence the confusion. It’s not pronounced Pay-sty (rhyming with tasty), as in little things that cover a stripper. It’s pronounced Paah-sty (rhyming with nasty) and Michiganians love them. Or so I’m told. I’ve never been to Michigan, although swimming in any of the Great Lakes is on my bucket list, so I’d like to go to Michigan some day.

What Is a Pasty?

Pasties are basically little hand-held meat pies. They are Cornish (UK) in origin (although there seems to be a bit of debate in England about this), and were originally made for miners to take for their lunch. They were packed with nutrition and because the miners’ hands would get dirty, they could eat the middle and dispose of the pastry.

Apparently in earlier times, the pastry wasn’t eaten and just thrown away all the time. Yes, I’m as appalled as you are. To me, the pastry would be the best part.

Anyhoo, when settlers from Cornwall reached the Upper Peninsula in Michigan, they brought the Pasty with them. From what I’ve read, the Pasty is a big thing there…they have festivals dedicated to it. I’m a fan of a good festival, but usually wine and food on a stick is more my thing than meat in a pie.

There seems to be an endless array of ways to stuff the pasties as well. You can use chipped beef, pork, venison, ground beef, etc. The vegetables vary as well, but almost all the recipes I found had potatoes. And rutabagas. I’ve never had a rutabaga and I wouldn’t have a clue where to find them, so I just skipped that part.

Shhhh, don’t tell hubs. He gets upset when I don’t follow recipes to a T. It’s so annoying. I mean, that’s how recipes evolve, right? Everyone making their own changes to an existing recipe. Besides, my great grandmother never used a recipe. Everything was guesswork with her and her food was always delicious.

How Do You Make Pasties?

In addition to packing the pastry with the meat, most of the recipes included the instructions for making the actually pastry crust. I cheated and had hubby pick up some Pillsbury pie crust: 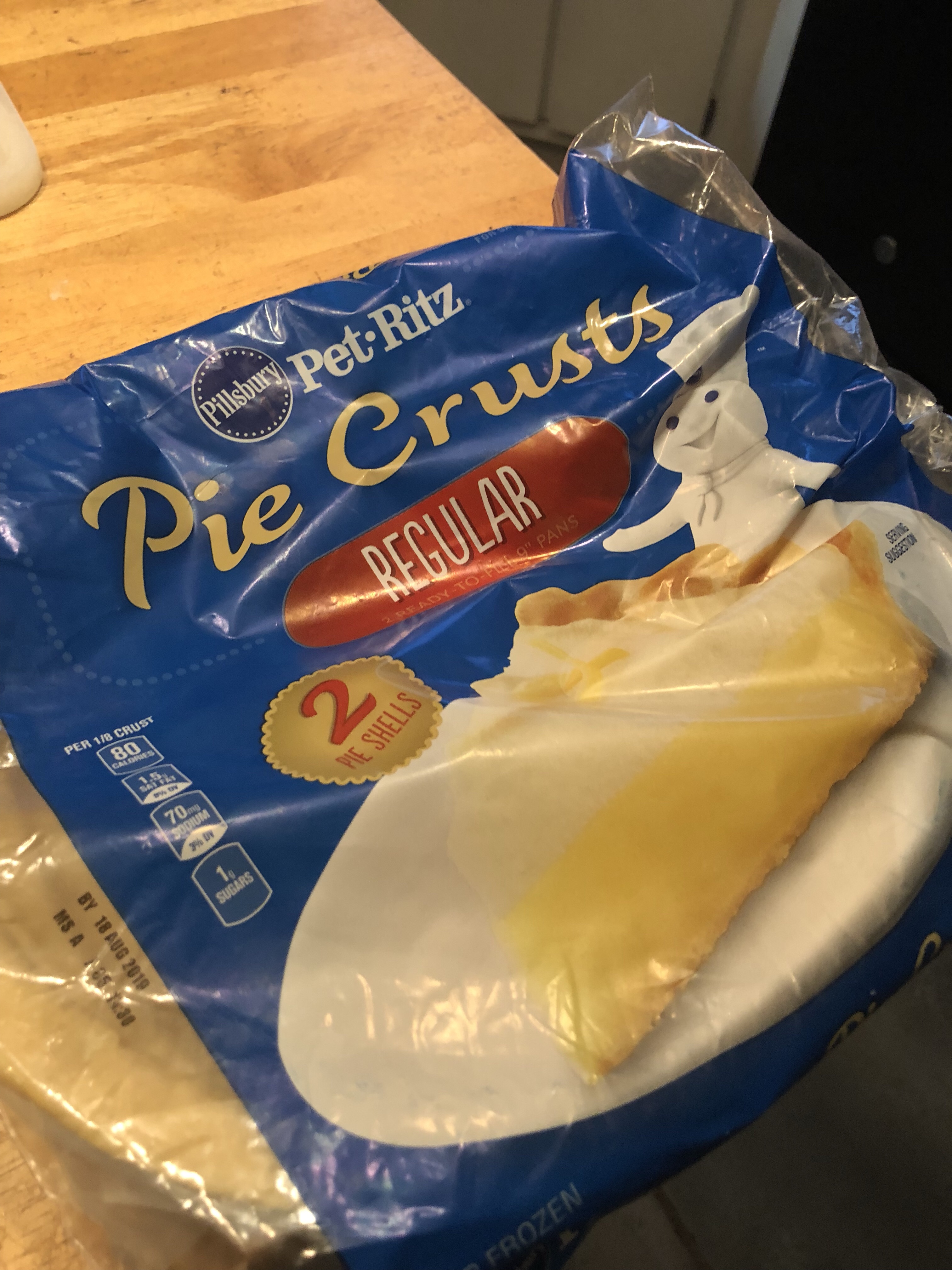 Hey listen…I wasn’t even sure if anyone was going to like the pasties. If I screwed up the crust, we might have gone hungry. At least I knew I could rely on Pillsbury and the crust would be edible. You mix ground beef, ground pork, diced onions, diced potatoes, garlic powder, and salt and pepper in a bowl: 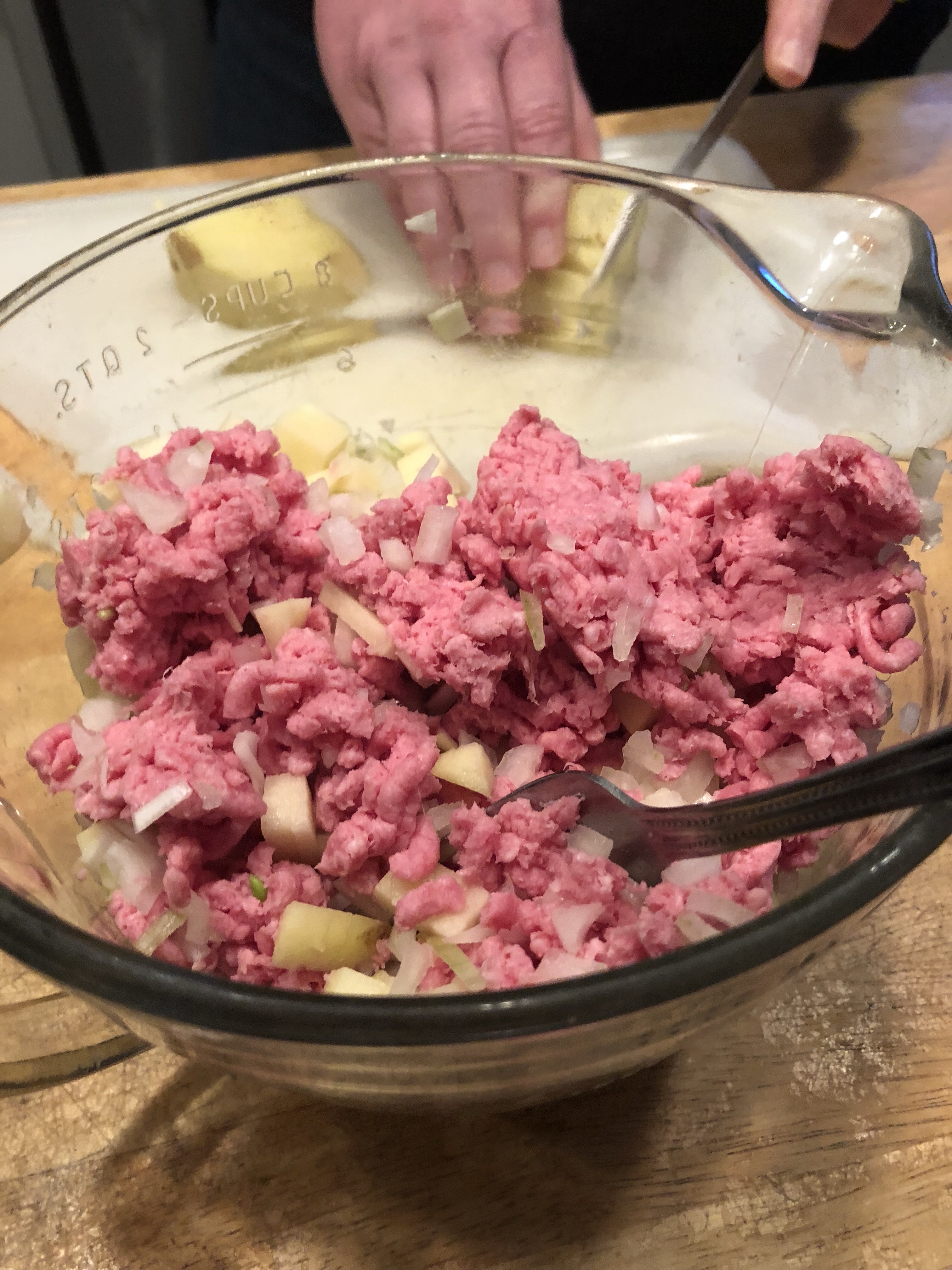 The original recipe apparently made enough for 6 smaller Pasties, but I decided not to try to cut the all ready made crust into smaller pieces because it seemed kind of fragile to begin with. Instead, I filled the two pie crusts and folded the top over, brushing it with melted butter.

As you may be able to see, some seeped out. There was a lot of meat and potatoes stuffed in there. I would recommend using just 1lb of meat (I used a pound and a half), and only two potatoes instead of the 4 I used.

The next part I was very excited about. I may have mentioned a time or two (or a hundred) about how much I hate my oven. It’s unreliable and makes cooking an even more miserable experience than it needs to be. Well, I just got this awesome Cuisinart toaster oven air fryer that may just be the best thing since sliced bread. I’ve used it to toast aforementioned sliced bread and bake chicken parm in the SAME machine. Wings and mozzarella sticks! Frozen pizza and calamari! It’s seriously my favorite toy right now. It also has a convection oven built in, so I was anxious to try that when making the Pasties. 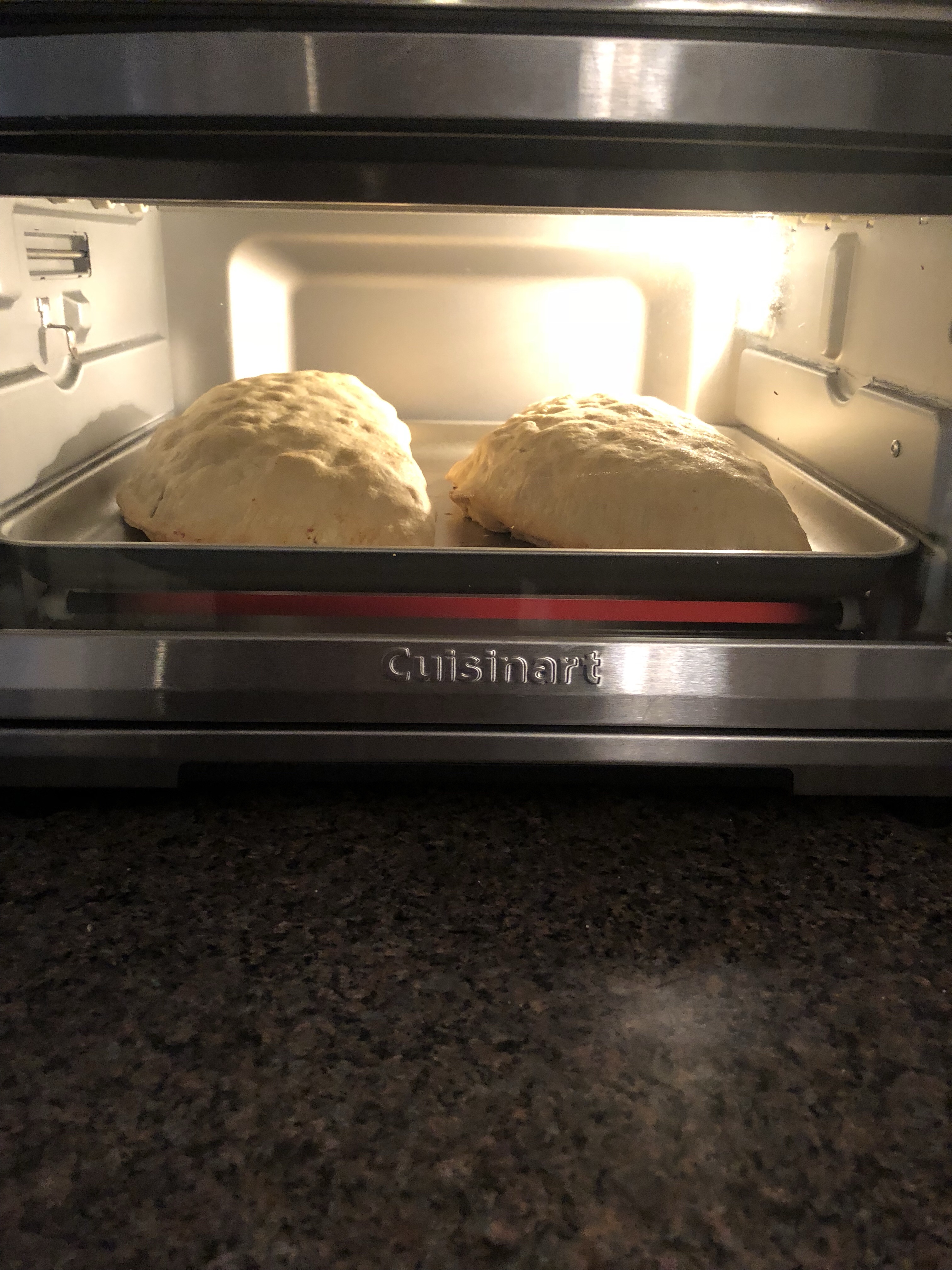 I had to adjust the cooking time a little because things cook faster in a convection oven. They’re supposed to cook at 400 for an hour, but I only cooked mine for 45 minutes. The outside was browning a little quicker than I would have liked (since the pasties were so stuffed, I wasn’t sure the meat in the middle was cooked through.

Like I said, if I had to do it again, I wouldn’t stuff them as much). The finished product looked pretty similar to the Pinterest pictures:

Taste-wise, it didn’t have much flavor to it. I would suggest doctoring the meat with some additional spices as well. It was however, very filling and perfect for a cold, rainy winter night. It reminded me a lot of the Swanson chicken pot pies we used to get when we were kids. With beef and pork instead of chicken, obviously. And of course, the crust was always the best part.