Skip to content
The Bad Mommy Cooks the USA
By Badmommy December 10, 2017April 18, 2019
FYI...my posts may contain affiliate links. This means that if you click on those links and make a purchase, I will receive a small commission at no cost to you. And those commissions are what makes it possible for me to blog. Thank you!

Things were going so well with our cooking experiment. *Sigh*

Yeah, stand by for how I manage to ruin that.

First, the New England clam chowder. Hubby makes a kick ass, out of this world crab corn chowder. There are celery, carrots, jalepenos, corn, potatoes, and a cream base with bacon. The clam chowder recipe I found used many of the same ingredients, so theoretically, it would taste very similar, right?

I had a feeling that would be an issue for me, so I had him buy fried clams (also very Massachusetts) that I could make when the slippery clam chowder made me barf.

Don’t like something? Fry it up! Frying makes everything delicious (except pork—pork shouldn’t be fried EVER). I was actually looking forward to the fried clams.

The problem was, I never got to make those fried clams because I was too busy screwing up the Boston Cream Cupcakes. How can you screw up cupcakes, you ask? You used to be the Queen of Cupcakes. Your kids would fight each other for your cupcakes. Your husband’s co-workers would salivate when you showed up with your cupcake carrier.

Yeah, well apparently the Queen is dead. In her place is the Un-domesticated Goddess of F’d Up Baked Goods.

In all fairness, the original Pinterest poster of this cupcake recipe warned that it was complicated. And also in fairness, in the middle of making these cupcakes my outdoor Christmas lights blew out again…for the 4th time in two weeks, which was really, really, really upsetting. I may have cried a little bit.

I also may have poured more wine than recommended while baking. Oh, and the vet called about my dog at a crucial point of the cream making process, so I may have been slightly distracted when I needed to be stirring to prevent lumps.

So first, the cupcakes. The cupcakes I used to make were light and fluffy and always  overflowed their cupcake wrapper cups. These cupcakes had serious muffin top. In stark contract, these were the cupcakes I extracted from the oven for the Boston Cream Cupcakes: 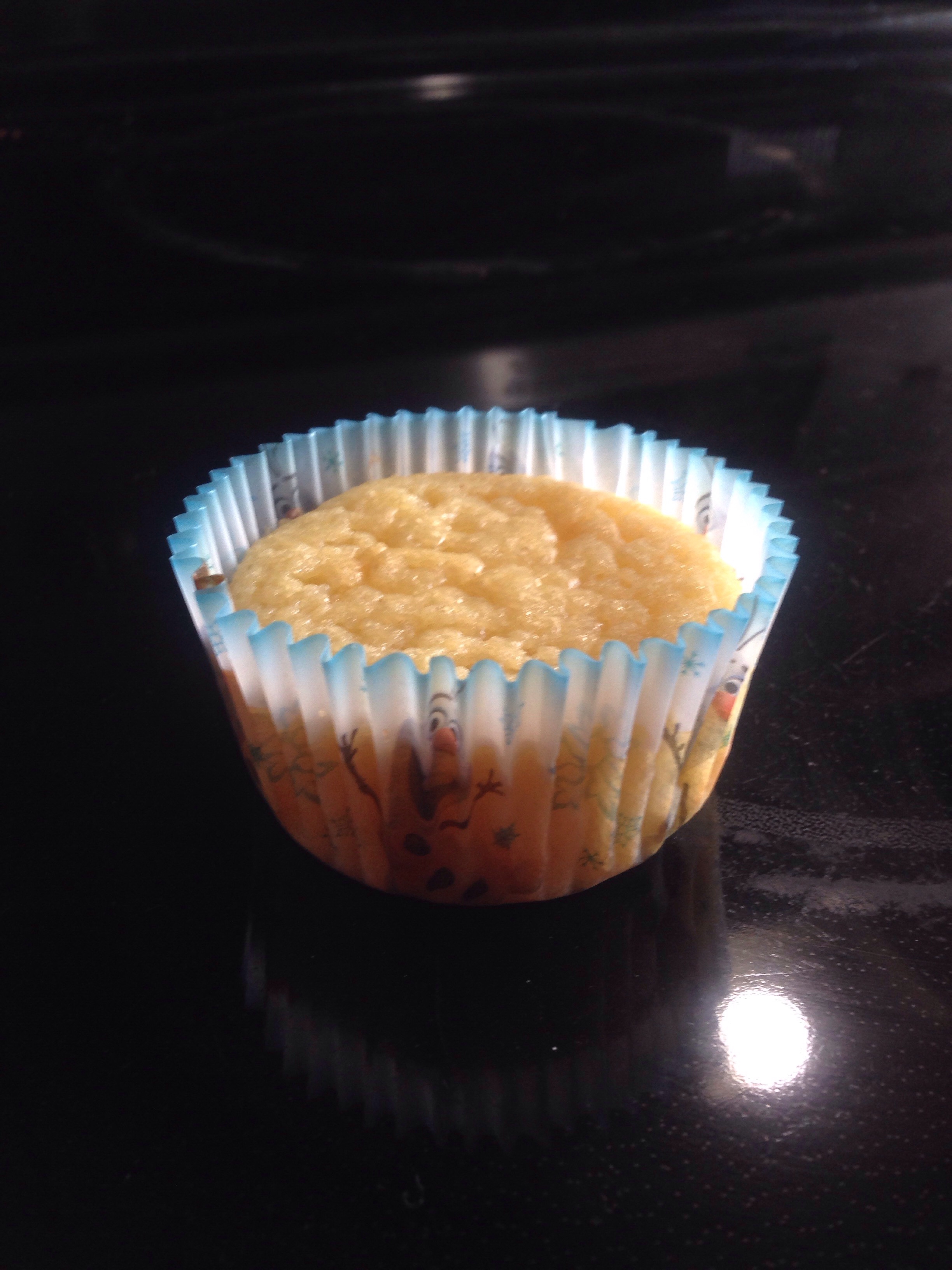 How sad is that? (Even Olaf is in shock)

The cream filling was even worse. Remember how I said the vet called while I was making it? Yeah well that was at the very moment I added the milk and I was supposed to constantly stir it in to prevent lumps.

Unfortunately, the vet’s call got dropped because hubby left and turned the car on and subsequently, my car bluetooth that is sync’d to my phone.

Long story short, I was a bit distracted, frantically trying to call the vet back and I didn’t stir too well. Hence the fact I had to use the potato masher later on. 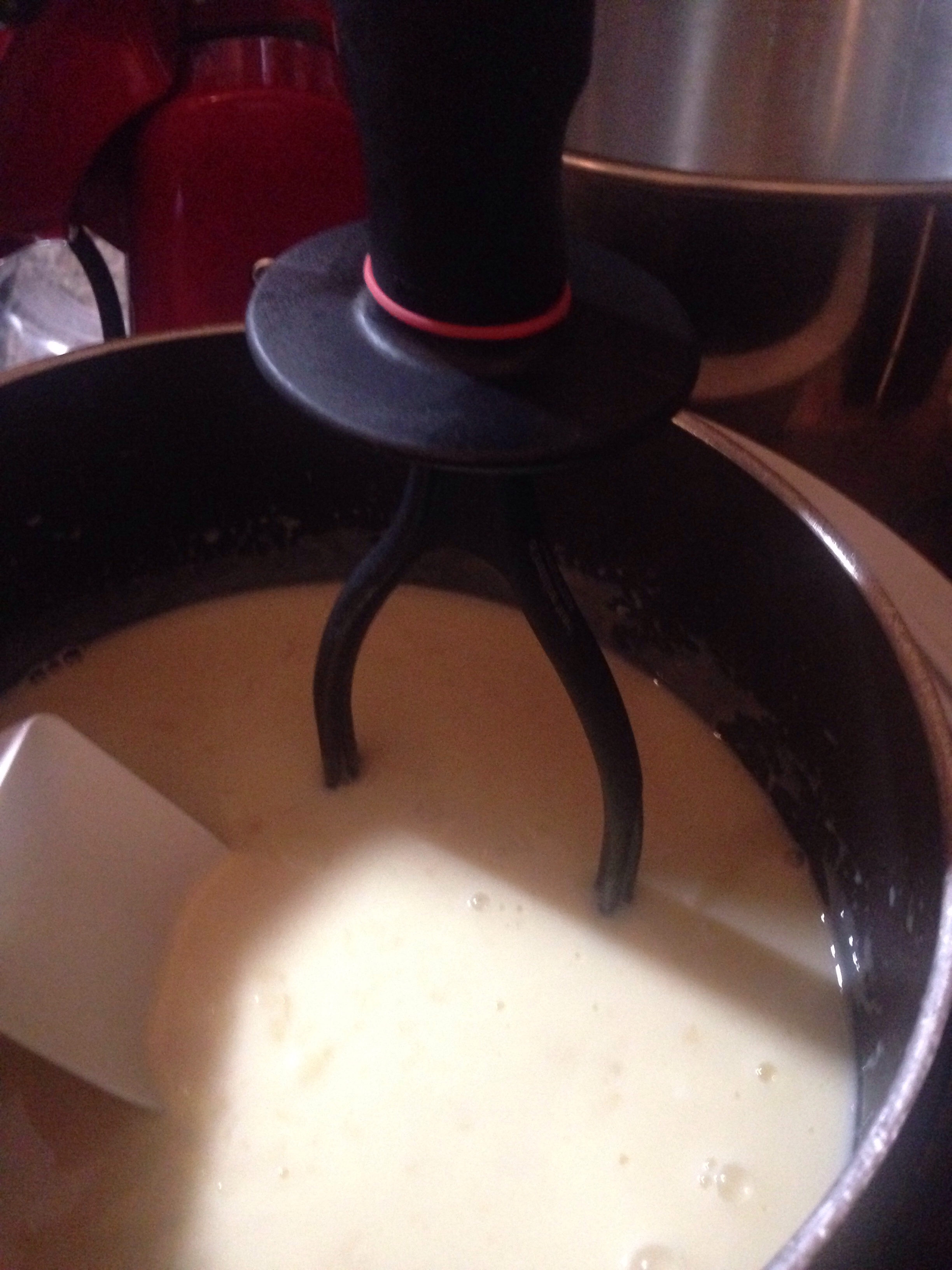 (It didn’t work, by the way.) When I filled the pastry bag and tried to inject the cream into the cupcakes…well, let’s just say it was an epic fail.

By this time, the clam chowder was done, the butter for the biscuits had just exploded in the microwave, I was in tears, and my night was pretty much ruined.

I didn’t even bother to make the chocolate ganache for the cupcakes. I tried to eat the clam chowder but those damn slippery clams got me.

So in the end, all I ate was a cheddar bay biscuit (the kind you get from Red Lobster—they sell it in a box—no reason to ever go back to Red Lobster now).

Maybe our next state won’t include any baked goods for me to screw up.

*Link to Clam chowder I did not really eat. Hubby and one child liked it though. Other child did not eat it either. I looks pretty nice, but I’ll stick to the crab corn chowder instead. 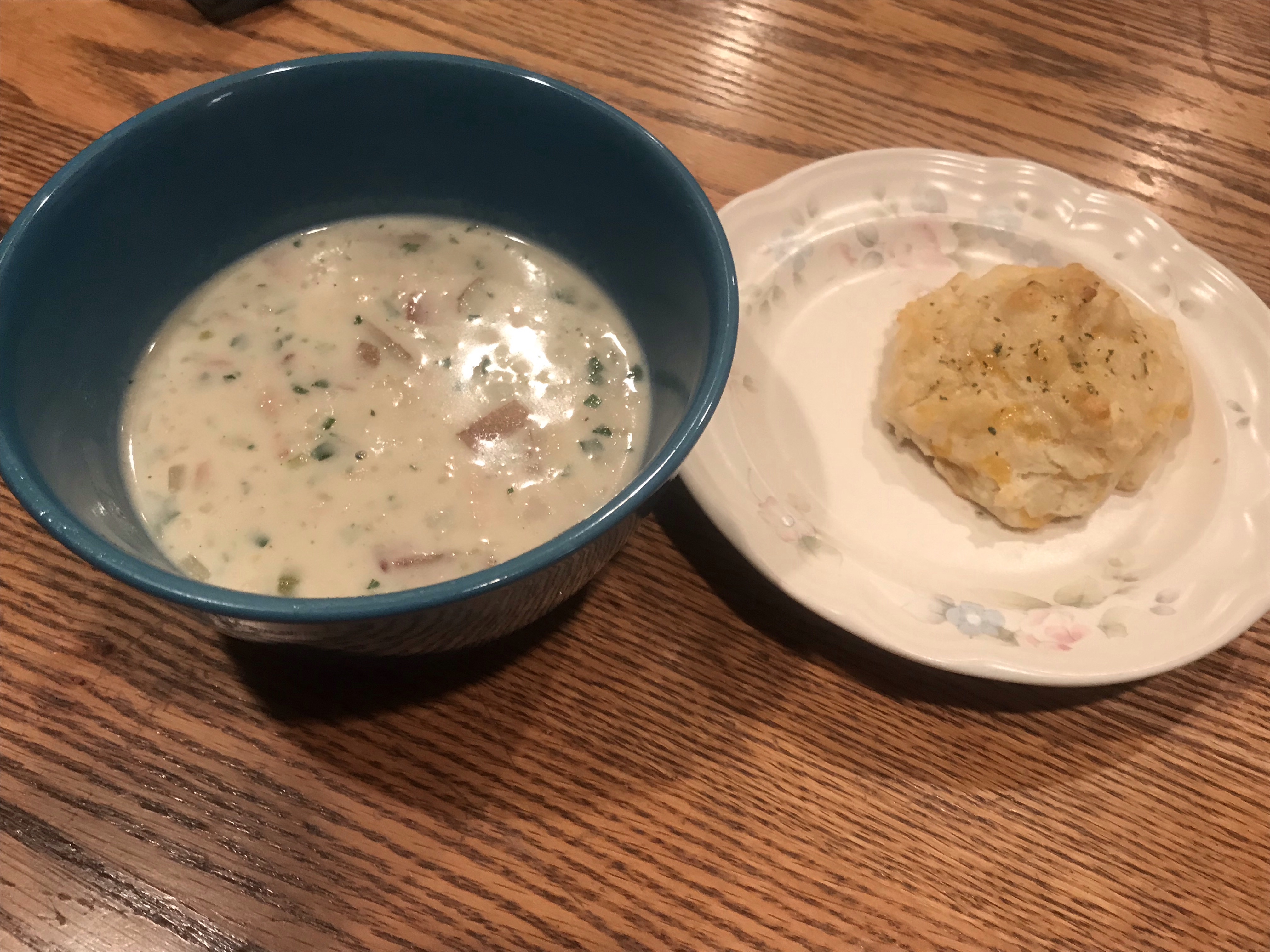 P.S., if anyone successfully makes the Boston Cream cupcakes, can you send me one?? I had to make do with a Boston Cream donut instead. 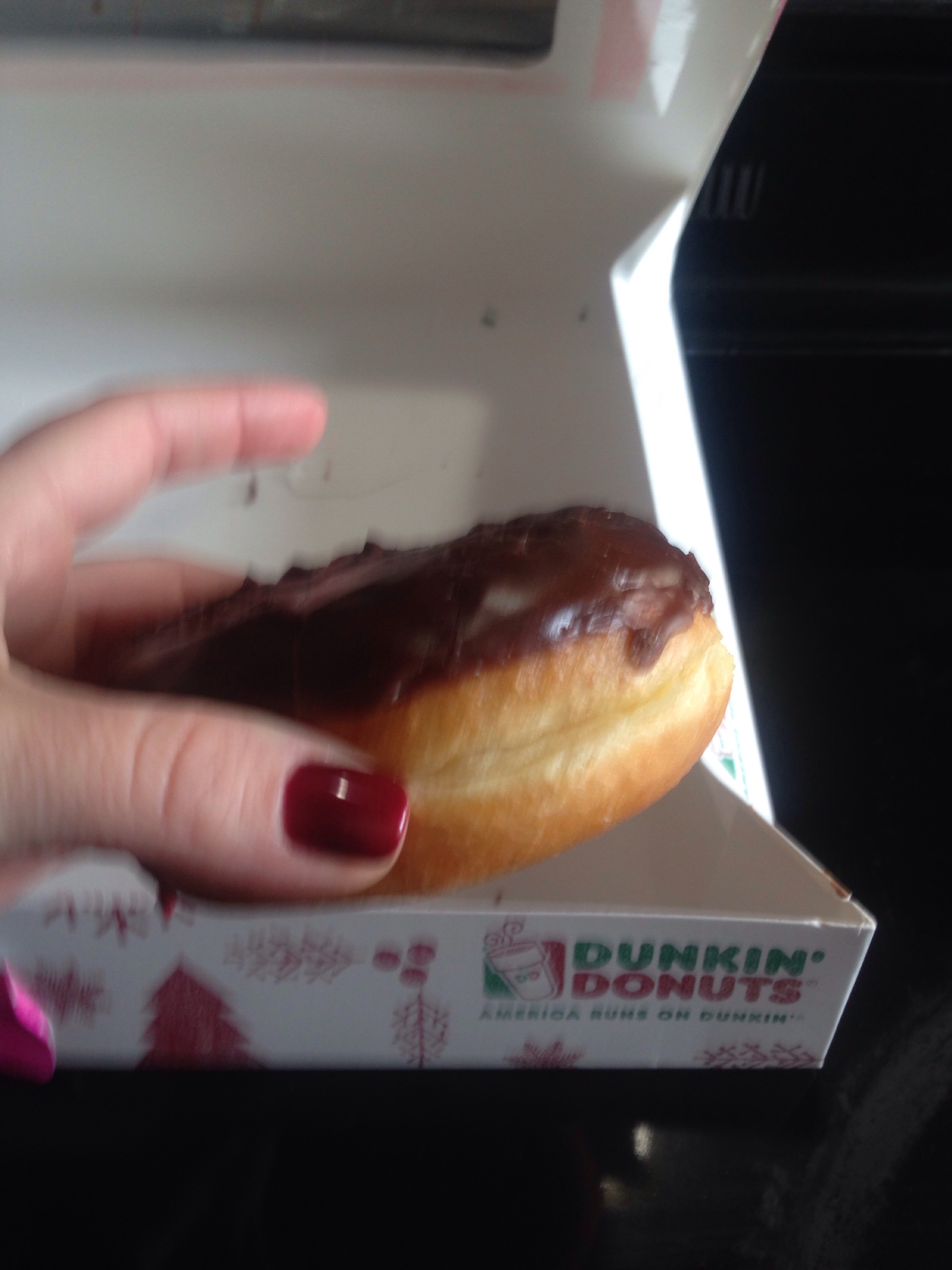 It just wasn’t the same 😢