Skip to content
Getting Uncomfortable
By Badmommy February 11, 2019April 16, 2019
FYI...my posts may contain affiliate links. This means that if you click on those links and make a purchase, I will receive a small commission at no cost to you. And those commissions are what makes it possible for me to blog. Thank you!

Week 3. I’ve made it 21 days so far. They say it takes 21 days to form a habit. Not sure who “they” are, but according to the internet, this is true. And like that commercial said a few years back, if it’s on the internet, it must be true. (Science may not agree with me here.)  Either way, after 21 days I’ve formed some great habits. Getting up earlier so I’m not rushed and watching my food consumption. I’ve been refraining from alcohol and desserts (for the most part) and kicking ass in the gym. I’ve been eating more protein, more fruits and veggies, and cutting back on the carbs. I feel much better and much healthier. Still, that didn’t prepare me for the disappointment this week.

The Good, the Bad, and the UGLY

My brother and I are very competitive. With running, at least. He’s the one who challenged me to run a 5K, 10K, and then half marathon—after years of not running at all. At first I had made excuses. My foot hurt and I didn’t want to risk re-injuring it. But later I thought about it. The really reason I didn’t want to run is because I knew I was out of shape and he might be able to beat me for the first time in his life. What better motivation to get myself back in shape, right? So the first race is in a little under 2 months from now. My goal is to run it in 26 minutes. Now, that’s not my best 5K time, but considering the first time I attempted a 5K after 18 months of not running, I could barely run for 5 minutes straight, I think 26 minutes is going to be difficult enough. I’ve since been able to run it continuously. And this week, I broke through the 30 minute mark:

I still have a ton of work to do, but I’m definitely on the right track to get back in shape. Which is ultimately why I’m doing this. My goal isn’t really that number on the scale. It’s to feel better about myself and to be in better shape. I want to be the best, healthiest version of me.

Now For the BAD

I may not have been on my best behavior food-wise: 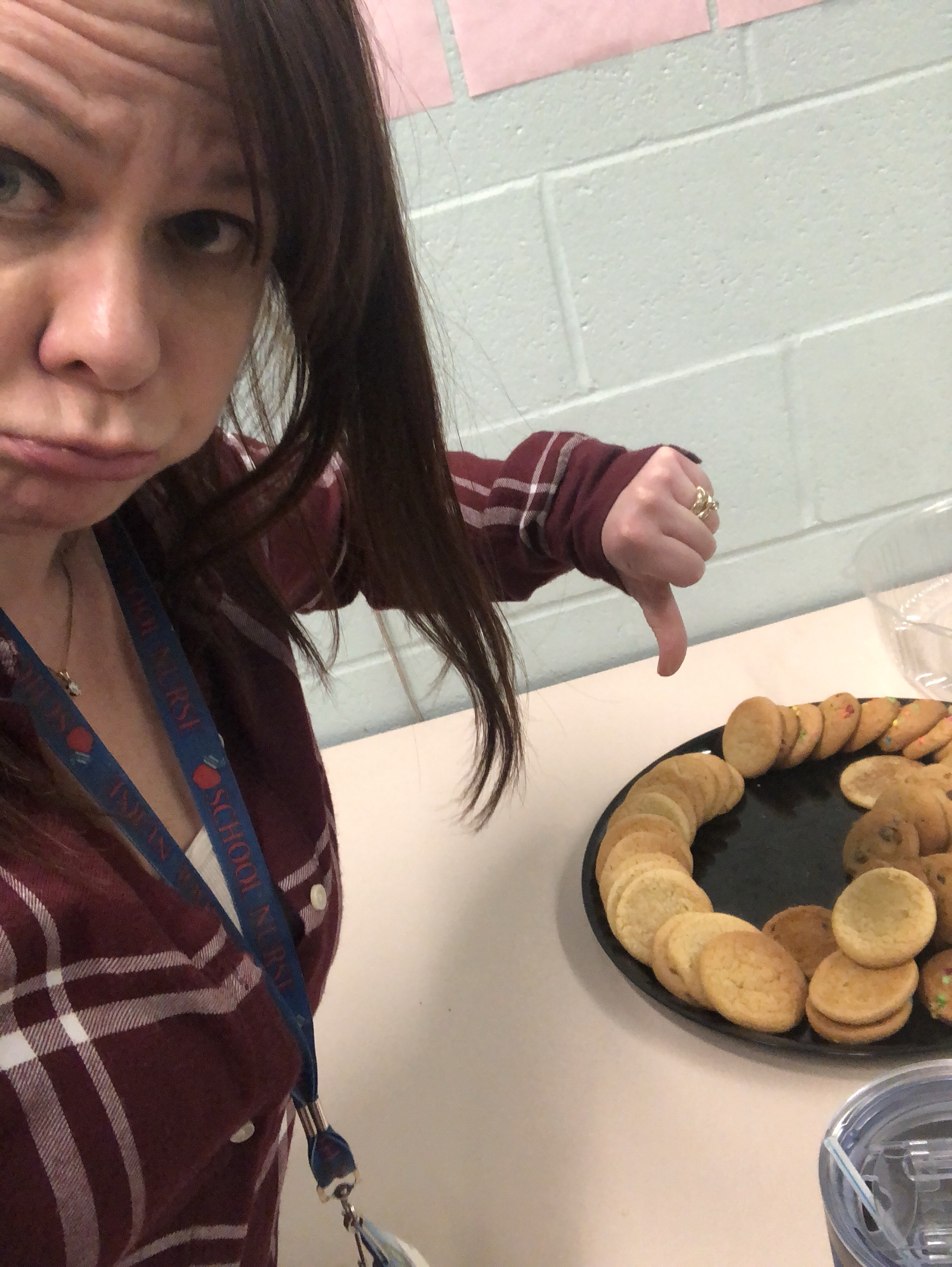 I actually did NOT eat these cookies that were in the copy room at work. And I really didn’t go nuts with portion sizes or anything like that. I resisted the bread basket at dinner. In fact, I didn’t really even eat many carbs this week, either. But I did make some bad choices.
I shared a bottle of wine with Hubby at dinner Friday night. And while wine is not off limits, the wine lead to my guard being down when the dessert tray was presented to me. How could I resist a dessert called “The Chocolate Peanut Butter Bomb”? Like seriously???
And then I allowed myself ice cream on Saturday night while vegging in front of a movie. Ugh! I’m not saying I’m never supposed to have dessert or ice cream again, but definitely NOT 2 days in a row. Especially in the beginning of this—and when I’ve been doing so well.

Which is why I shouldn’t have been surprised to see THIS disappointment on the scale this morning: 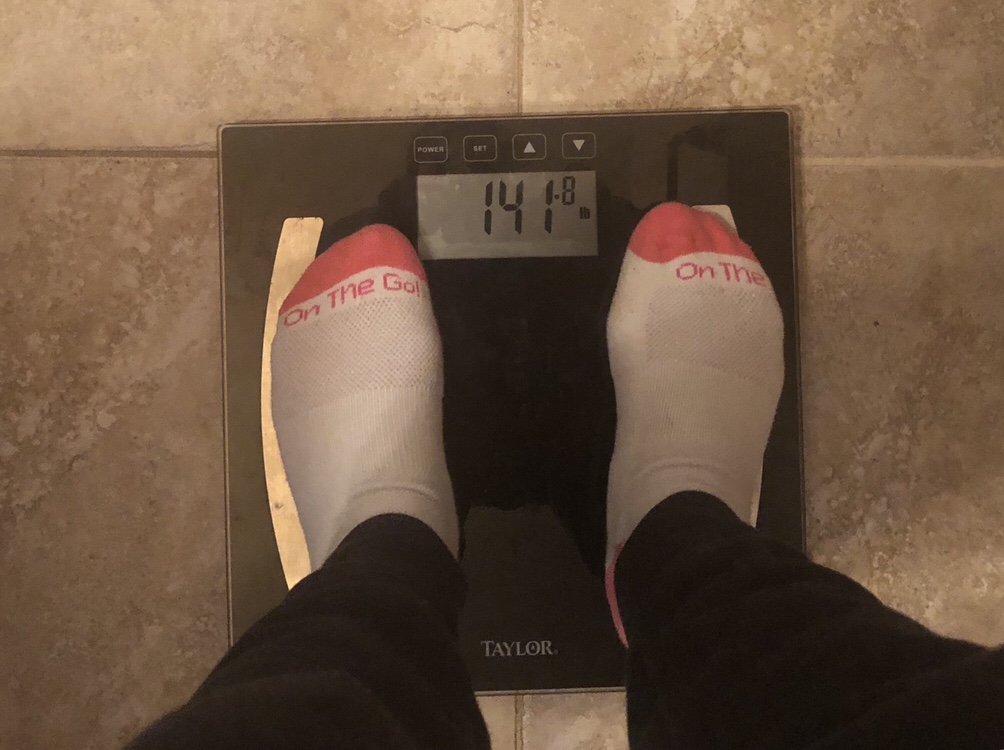 Down only 0.2 lb since last week. That. Is. So. Depressing. Besides my 2 dessert slip ups, I’ve really been Resisting Temptation really well. I was thrilled that my new habits were starting to take and I really thought this was going to be a piece of cake. Well, I guess a piece of cake is exactly where I went wrong.

Putting the Disappointment Behind Me

On the positive side? I still lost 0.2 lbs. (Does that even get an “s”? It’s nowhere near multiple pounds…) AND I’m down almost 6 lbs, which still puts me 3 lbs ahead of schedule to Losing 23 lbs in 23 Weeks. So there’s that. I’m just going to have to buckle down this week and put the disappointment behind me. It’s over and done with. I’m moving forward—getting super uncomfortable. And hopefully no more disappointment. See you next week!