Skip to content
Parenting Humor
By Badmommy September 10, 2017April 18, 2019
FYI...my posts may contain affiliate links. This means that if you click on those links and make a purchase, I will receive a small commission at no cost to you. And those commissions are what makes it possible for me to blog. Thank you!

When my first born came home from the hospital at two days old, I remember being struck by a paralyzing fear while staring at him in his bassinet.

What the heck was I going to do with this tiny little creature? And what would I do if something went wrong? What if I dropped him or fell asleep and crushed him or he got sick or stopped breathing? What if I did everything wrong and screwed him up beyond repair? What were the people at the hospital doing, letting me come home with six pounds of complete helplessness?

These horrifying thoughts raced through my head for several days, causing me to well up and burst into tears at random times.

As the months went by though, my anxiety abated a bit—slowly I started to get into the motherhood groove, and even though pangs of terror would hit me every so often, I realized that many of my fears were unfounded.

Similar panic occurred when he started walking, and then later when he went to school. Then it was going to the mall with friends and crossing the street without my help. Each time I learned to work through my anxiety of him doing something new and growing up.

But none of those previous episodes could have possibly prepared me for the most terrifying of all “normal” parenting experiences—the first car ride with your child behind the wheel. They turn 16 and you realize, “Holy crap…they need to learn how to drive!”

At first, you send them off with a driving instructor and a $300 check and assume they’re going to come back with all the knowledge and expertise they need to operate a motor vehicle. It’s not until you actually get in the car with them—in a bizarro world where they’re in the driver’s seat and you’re just the front seat passenger—that the reality of what is happening hits you.

You just handed your keys to the person who was incapable of wiping his own butt a mere decade ago. The person who told you this morning that he didn’t know what to do when he spilled milk from his cereal. The person who claims he can’t set his alarm and needs you to wake him up every morning.

He’s going to turn on this 2,000 lb machine and attempt to propel it through the streets without A. hitting another car (moving or parked) B. hitting a person, and C. killing you in the process.

Yeah. I know. Terrifying doesn’t even begin to scratch the surface of this experience. Still, you’re going to give that world class driving school the benefit of the doubt.

With your heart hammering in your ears, you buckle yourself up and say a quick prayer as you clutch the door handle and tell him to back out of the driveway. Within seconds you realize this may have been a mistake considering he hasn’t even bothered to adjust his mirrors, let alone check them.

So of course, you start screaming as he barrels out of the driveway at warp speed, causing him to slam on the breaks and your neck to snap forward like a rubber band.

“What?” he asks in a panicked voice. “Did I hit a squirrel?”

“Not yet. But you will if you don’t adjust the mirrors.”

He grumbles and fidgets with them for a few seconds and then continues on his way out the driveway, passenger side tire hitting the curb because he turns the wheel too quickly and in the wrong direction.

You suck in your breath and correct him. He continues to mumble under his breath. Once he hits the street though, the speed completely halts as he awkwardly turns the wheel (practically ending up on the neighbor across the street’s lawn). Thankfully, there is no one coming down the street to be held up by this act. Granted, the kid’s never backed out of the driveway before—you got to give him some leeway.

He has, however, driven on the street before, and even before he gets to the corner, you realize that this is going to be a $hitshow. You assume that at some point he learned that roads have two side and each driver needs to stay on his or her own side of the road—the fact that he may not have comprehended that fact is quickly becoming apparent. If another car should happen down this road, there’s going to be a head on collision happening.

“Watch where you’re going!” you screech, resisting the inane urge to grab the wheel to correct the car’s direction.

“Stop yelling at me!” he yells back. “You’re making me nervous.”

“Sorry, ” you mumble because you realized that he’s really not that far over the center of the road—you’re just so shaky from this whole experience so far. And you’re not even off your own street yet.

“My driving instructor said I was good,” he says defensively.

Yeah, I bet he says that to all the kids if they don’t wreck the car. Or kill him.

“What are you doing?” you ask as he stares at the parked cars on either side of the street. “There is no way you can see!”

He ignores you as he blindly turns onto the main street—he cuts the wheel wide to the right and then makes a tight left turn. He immediately speeds up—he’s only going 30, but it feels like 90.

Then you realize that if your eyes aren’t open, you just may die since you may be the only thing preventing your child from slamming the car into the oncoming vehicles on the opposite side of the road. Reluctantly, you open them, just in time to help him realize that there is merging traffic coming off the highway as he attempts to turn into the grocery store parking lot without checking his mirrors.

It is at this point that you realize driving school instructors are grossly underpaid.

“I put my blinker on,” he protests as you breathe into a paper bag.

“That doesn’t matter,” you mumble through the bag. “You have to LOOK all the time. People don’t care about your blinker.”

“Then why use it?” he asks. Good question, kid. I wish I knew the answer—sometimes I feel like I’m the only person who actually uses it.

“Just park the car,” I instruct him. Then I gaze at the packed grocery store parking lot with various cars parked haphazardly throughout. A vision of him clipping the back of a Lexus as he attempts to park springs to your mind. “Down there,” I point. “Far away from all the other cars.”

He pulls into a spot—there are no cars on either side—yet he is still crooked.

Oh my God, you think as you stagger out of the car. He’s going to give me a heart attack…or at the very least, drive me crazy.

“How did I do?” he asks enthusiastically.

“You didn’t kill us or anyone else,” you say.

“That’s good, right?” he asks as eager as…well, a teenager who wants to drive.

And then you swallow the vomit that is lodged in your throat and wonder if you can break into his college fund and pay the driving instructor to take him out for the next 11 months until he gets his license. It would be so worth it. 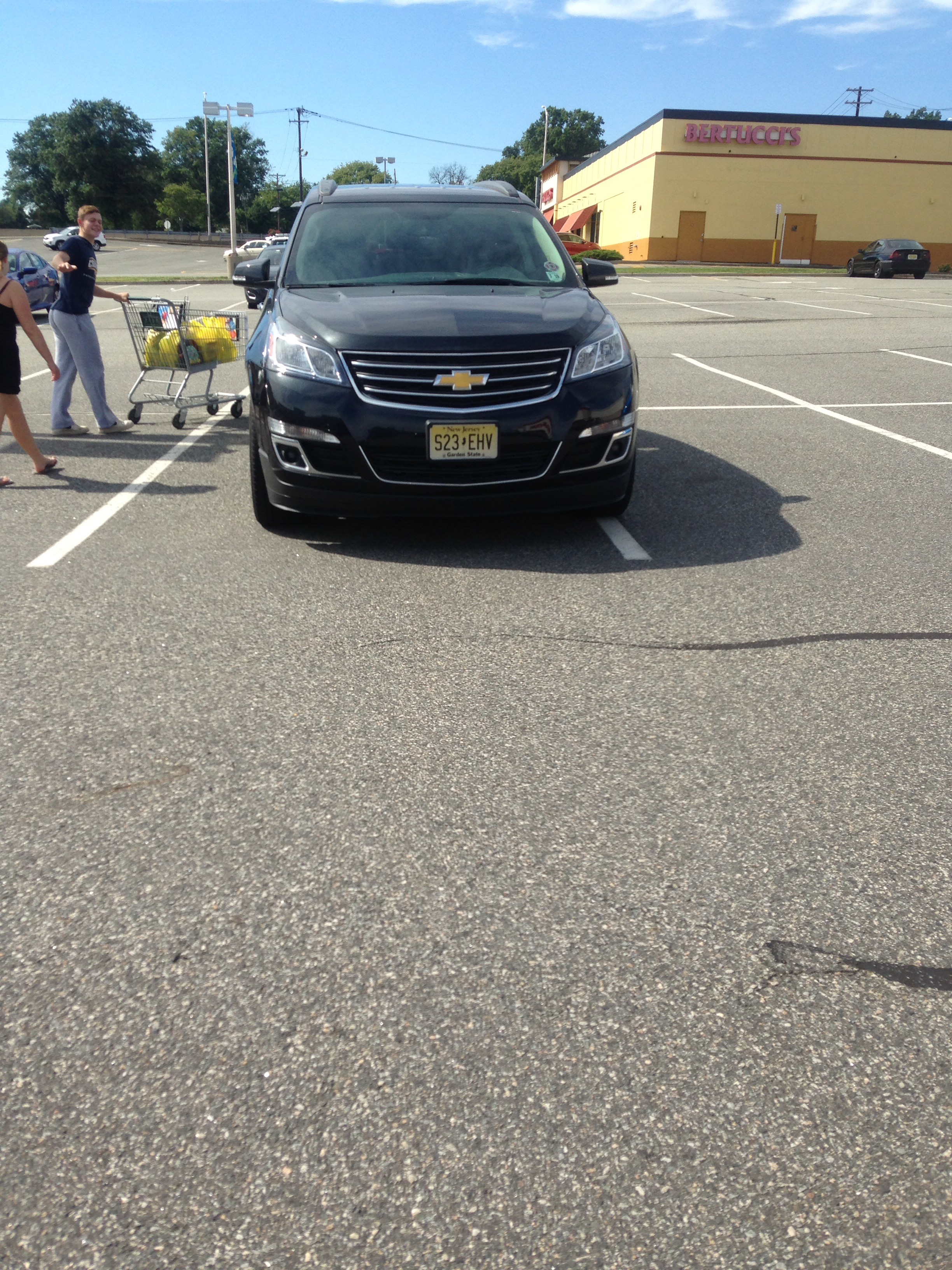 ***Author’s note: This particular experience happened three weeks ago—since then, he has become MUCH better at driving (his parking skills still suck), but it still makes me cringe every time I see the keys in his hand.

One thought on “Driving Me Crazy”