Skip to content
The Bad Mommy Cooks
By Badmommy February 6, 2018April 18, 2019
FYI...my posts may contain affiliate links. This means that if you click on those links and make a purchase, I will receive a small commission at no cost to you. And those commissions are what makes it possible for me to blog. Thank you!

Yeah, you read that correctly. This blog is about cilantro. This blog is necessary to warn you all about the dangers that lurk in that seemingly innocent herb (Spice? Weed? What the hell is cilantro anyway?) Anyway, Cilantro tried to kill me.

Let me preface this by saying…I hate Cilantro. It tastes nasty and make my nose burn. Seriously, it’s like chewing on a soap bubble. Anyhoo, what happened with the cilantro did NOT happen because I hate Cilantro. I was not purposely trying to sabotage the family’s meal laced with Cilantro in any way. I have learned to live with Cilantro, my nemesis. I just hold my nose when faced with it, just like my grandmother taught me when I was a wee child. Perhaps Cilantro also hates me and is looking to get even. Which may actually be the cause of today’s mishap.

So I was making Chicken Fajita Soup in the crockpot (and the crockpot also had nothing to do with this #crockpotisinnocent) and the recipe called for dried cilantro.

By the way, chicken fajita soup is delish and I will definitely share the recipe with you. Here’s the link.

But first, the evil cilantro story. We had fresh cilantro, but not dried, so I decided to dry it out in the oven. I’ve dried out parsley and oregano before in the oven by just heating it to 400 or so for a few minutes and putting the fresh herb on a stone.

Today the stones were all dirty and I didn’t feel like scrubbing them. Yes, I was super lazy. I put the cilantro on a piece of foil in the oven and went about putting the soup ingredients in the crock pot. And then I promptly forgot about the cilantro and went downstairs to take a nap. Yup.

I woke up to a suspicious smell on the edge of my olfactory periphery. “Do you smell smoke?” I asked hubby who was extremely busy playing golf (on his phone) while watching the market tank on TV.

“Nope,” he replied, not even taking his eyes off his phone.

“Huh.” I shrugged. If hubby said nothing was burning, I had to trust him, right? After all, he’s the one with the superior firefighting nose. I drifted back off, despite the nagging feeling that I WAS FORGETTING SOMETHING VERY IMPORTANT.

And then it hit me like a ton of bricks. THE CILANTRO! I bolted off the couch and ran up the stairs to find the kitchen filling with smoke. I cursed rather loudly as I threw open the oven door to find the charred remains of the cilantro. The foil was still intact. That stuff really holds up under pressure.

After removing it from the oven with oven mitts, I actually contemplated using the cilantro…it was dried after all…just a little extra crispy. Hubby pushed me aside while rolling his eyes and assured me he would take care of the “simple task” of drying cilantro.

Me: Well, you can’t do much worse than me in the kitchen today.

About two minutes later, I hear a ZAPPING noise coming from the microwave—and a bolt of fire inside of it. Hubby is standing in front of the microwave in complete disbelief. 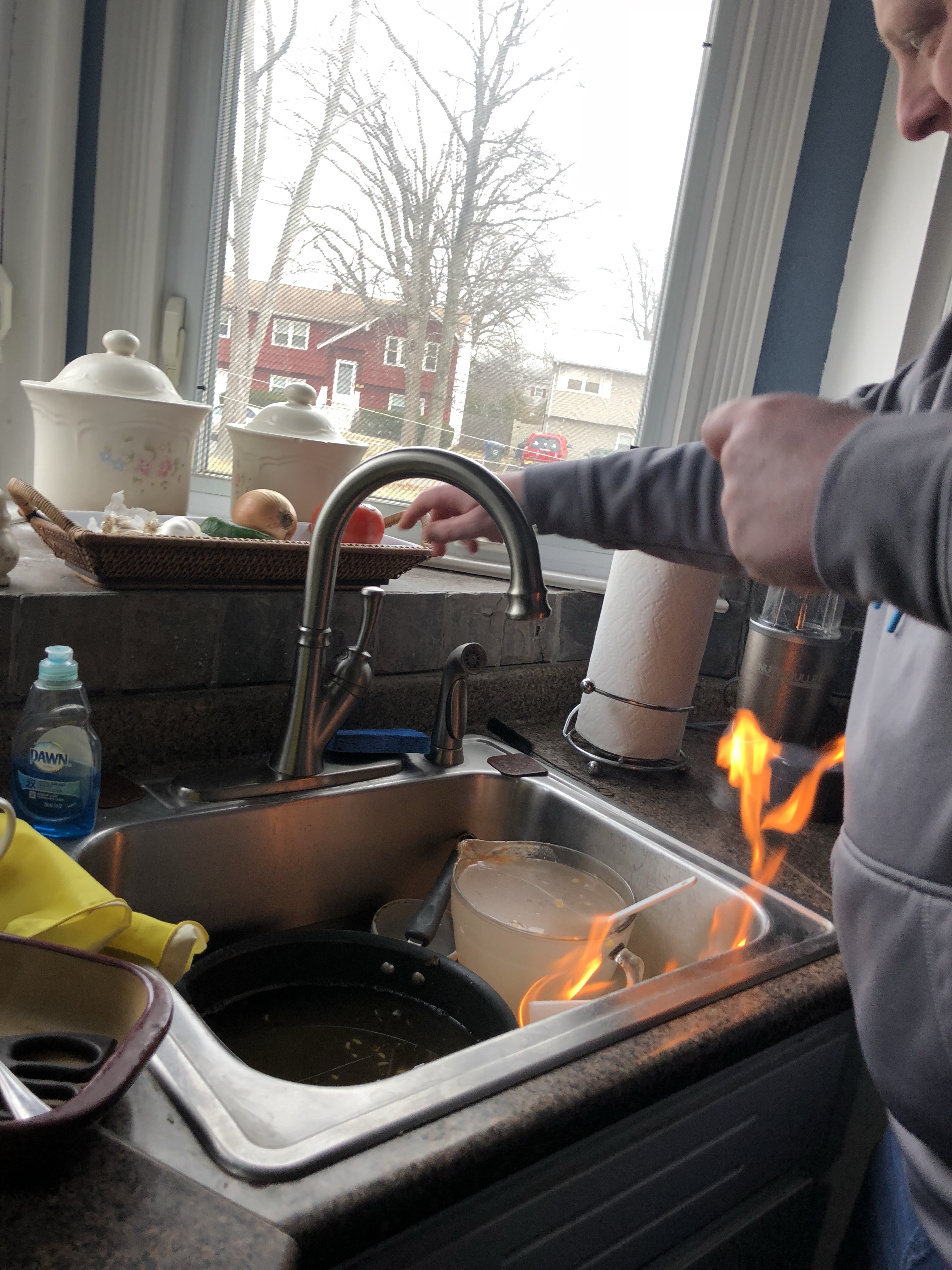 Awesome, huh? I didn’t think anything could beat my whole “taking a nap while the oven is on and almost setting the the house on fire”, but hubby killed it.

Apparently, he used Parchment paper to put the cilantro. Now we are all aware that aluminum foil will catch fire in the microwave, but PARCHMENT PAPER??? Who knew? Oh, apparently the parchment paper people who put a warning on the side that says “for use in conventional ovens only”.  RIP Balog Family Microwave; September 2002-February 2018.

You would think that would have completely deterred us from having anything else to do with the cilantro…I mean it’s a freaking garnish, after all, but no…hubby wanted his damn cilantro…even after it tried to kill us TWICE.

Operation Dry the Cilantro Take Three commenced in the oven this time, with hubby keeping a watchful eye (and one hand on the fire extinguisher). Thankfully, he managed to dry the cilantro without incident and we were able to have our delicious Chicken Fajita soup: 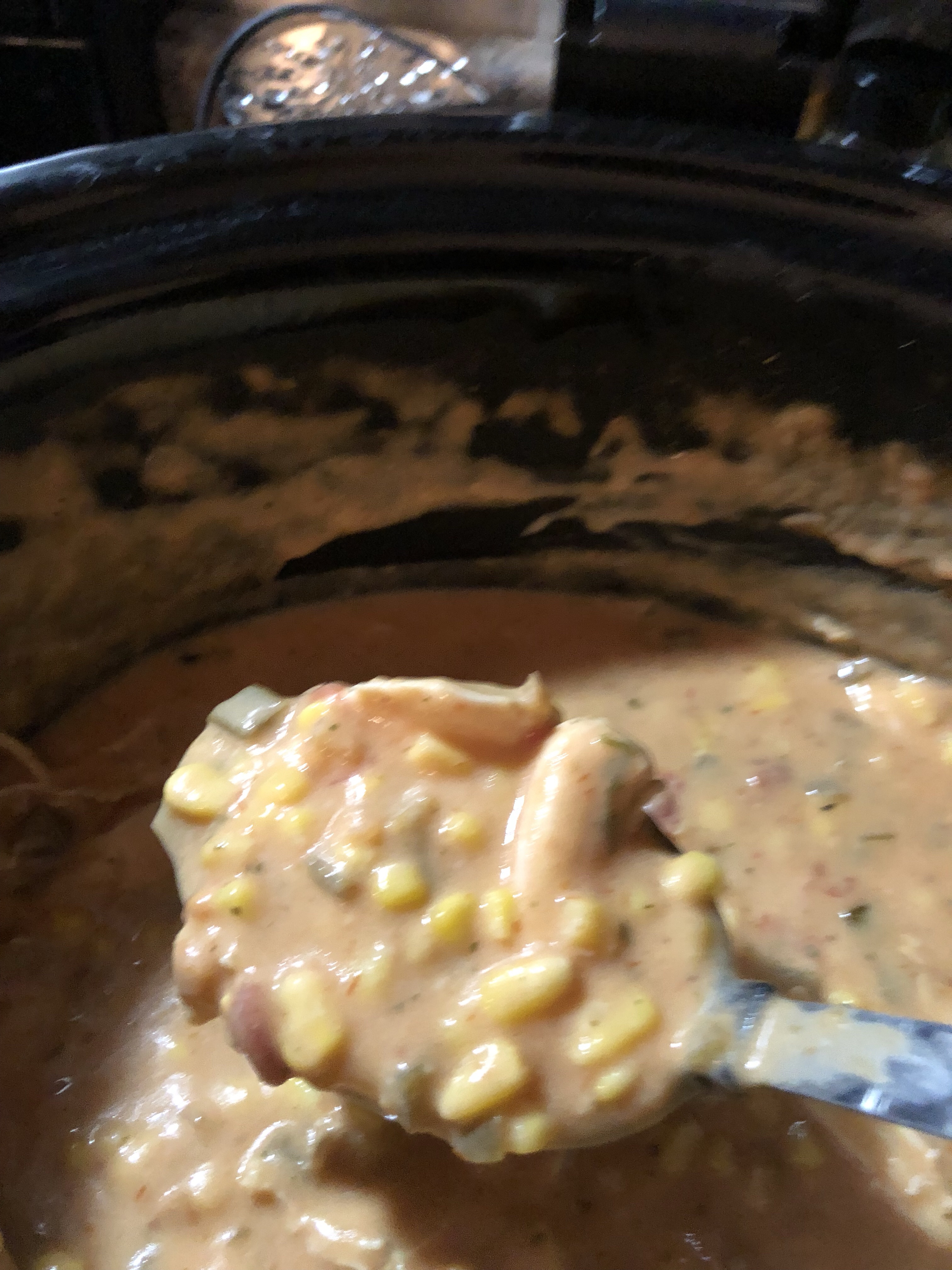