Skip to content
The Bad Mommy Cooks the USA
By Badmommy April 29, 2018April 17, 2019
FYI...my posts may contain affiliate links. This means that if you click on those links and make a purchase, I will receive a small commission at no cost to you. And those commissions are what makes it possible for me to blog. Thank you!

*Sigh* Things were going so well on our cooking tour. I guess I could only expect Kentucky to be a bombtastic failure. I was so excited that we pulled Kentucky last week. The Kentucky Derby is May 5th, only a few days away…what serendipitous timing! There were so many different Kentucky Derby recipes to choose from, that I decided we needed to make a meal, a drink AND a dessert. Kentucky Hot Browns, Mint Juleps, and a Derby Pie.

I Was a Bit Overwhelmed by the Menu

Now as you can imagine, all that makes for a complicated grocery list. Okay, maybe not complicated, but I’ve got a lot on my mind these days. Flipping back and forth between recipes on Pinterest, I may have gotten a little bit confused and sort of morphed a few of the recipes together.

And there would have been a fourth trip because I didn’t have enough heavy cream, but I was able to find a recipe that used exactly as much cream as I had on hand. The good news is, I had everything I needed for the Derby pie. 😁

Kentucky Hot Browns originated at the Brown Hotel in Louisville, Kentucky in 1926. They’re open faced turkey sandwiches topped with Mornay sauce, cheese, and bacon. There were a couple of variations of the recipe (hence my confusion), so I choose one that also included cheddar cheese in addition to the Pecorino-Romano cheese.

For the Mornay sauce: Melt 4 TBSP butter in a sauce pan. Add 1/2 c. all purpose flour and create a roux. Then add 1 quart of heavy cream and stir for about 3 minutes. Off heat, add 1/4 c. of Pecorino-Romano cheese.

Thank goodness this wasn’t as labor intensive as the roux that we made for the gumbo because then I really would be upset—it’s bad enough I made three trips to the grocery store for this meal.

I’m not sure if I did something wrong, or the sauce is supposed to come out the way it did, but for some reason, my sauce was kind of…gloppy. Which made it difficult to pour on the sandwiches. Or what was supposed to be sandwiches.😬

It’s All the Texas Toast’s Fault

So when the recipe called for Texas toast as the sandwich base, I, um, really thought it meant the frozen Texas toast garlic bread that we eat. 🤦🏻‍♀️ Yeah. I really did. Go ahead, laugh at me. Everyone else in my house did.

So I assembled the sandwiches on the garlic bread—slices of roasted turkey, the Mornay sauce, and some cheddar cheese sprinkled on top.  Some recipes had tomatoes sliced on top, but I knew nobody would want that in my house so I just set them to the side.

*The recipes also called for each Hot Brown to be cooked in an individual dish. Ain’t nobody got time for that. 🤪 (See what I did there????) I put them all in one baking dish. 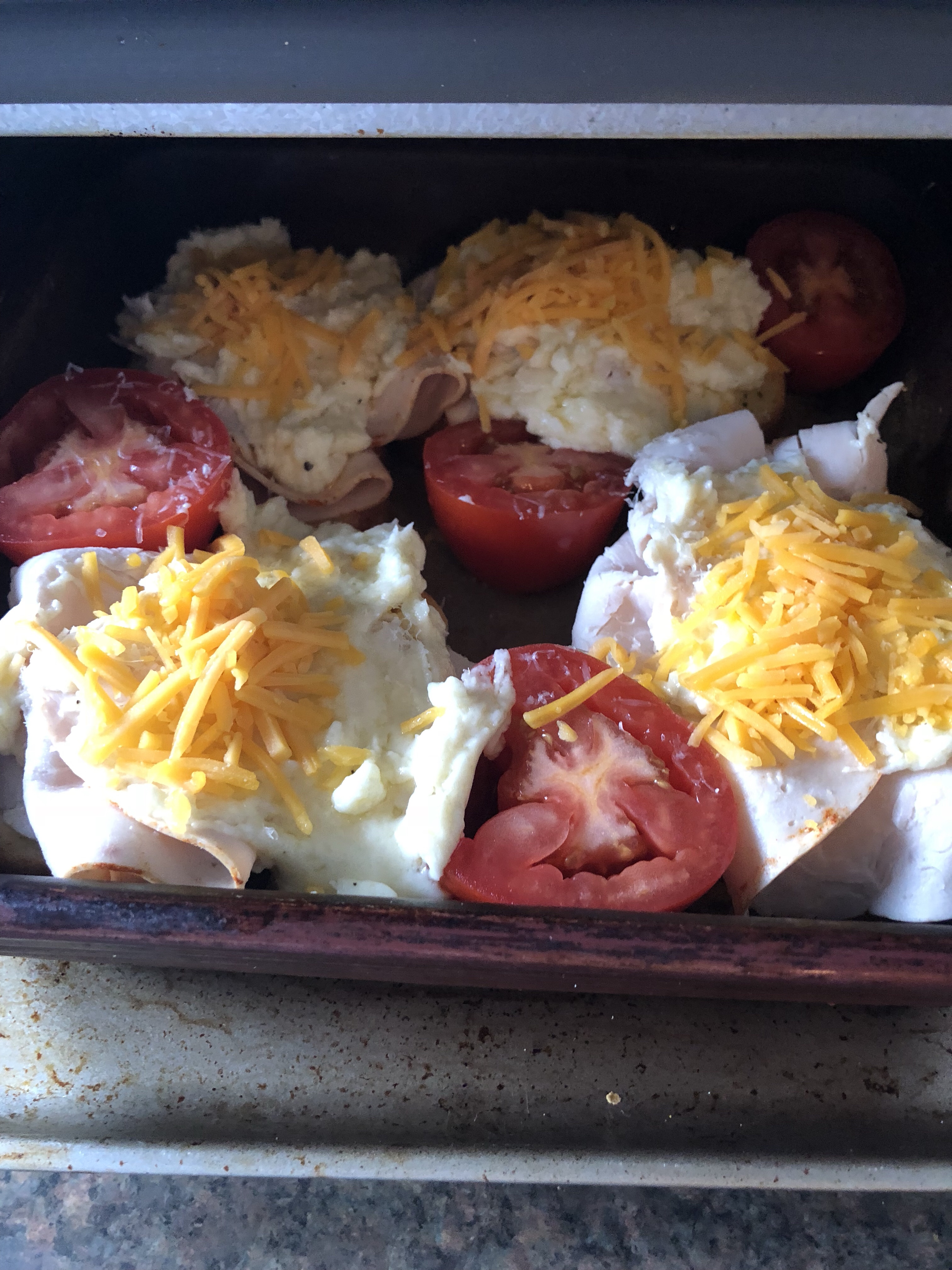 The dish goes in the oven (or in my case, the Cuisinart) until the cheese starts to bubble. Then you place strips of bacon across the top. 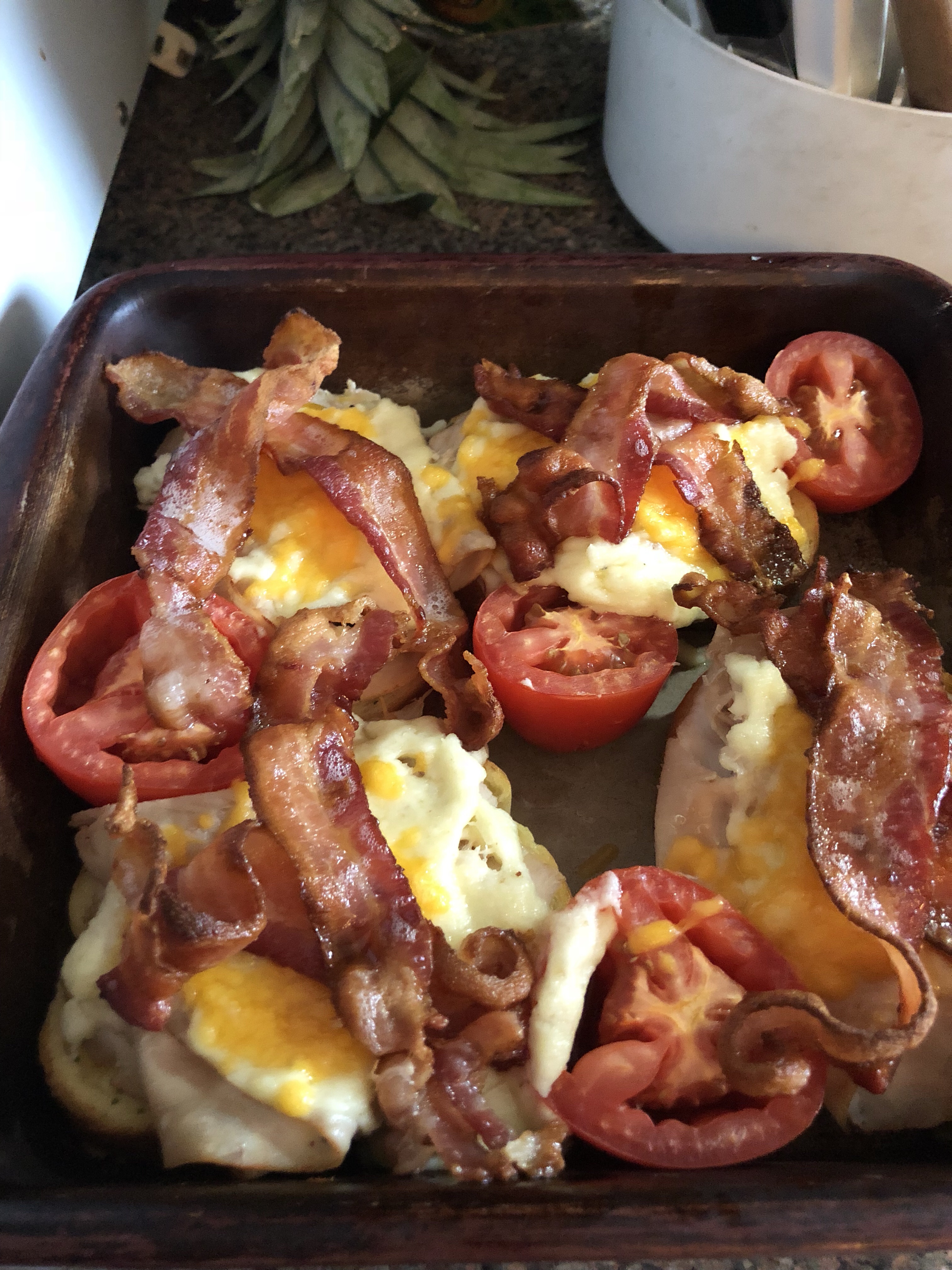 This is where the Texas toast was a problem. You see, it was frozen and I wasn’t sure if I should cook it first or cook it all together—the recipe didn’t say…probably because I wasn’t supposed to be using frozen garlic bread in the first place.

Needless to say, the toast didn’t crisp up and was soggy and not exactly the flavor it was supposed to be. The kids complained and made faces and refused to eat it. They fed theirs to the dog until I yelled because he’s allergic to turkey. They left the table.

Hubby poked at his Hot Brown and made his own faces. I ate my Kentucky Hot Brown and threw everyone else’s in the garbage. Hubby went out and got Chinese food. If you use the real Texas toast, you can probably avoid that whole scene. I think.

I’ve never had a Mint Julep although I’ve certainly heard of them. I envision Southern ladies fanning themselves and sipping Mint Juleps on their front porch.

To make them, you make a mint simple syrup: boil sugar and water in a 1:1 ratio. Add mint leaves and cool in fridge for a few hours. Put crushed ice in a tumbler and add 1 TBSP of the simple syrup and 2 oz of Kentucky bourbon. Garnish with mint: 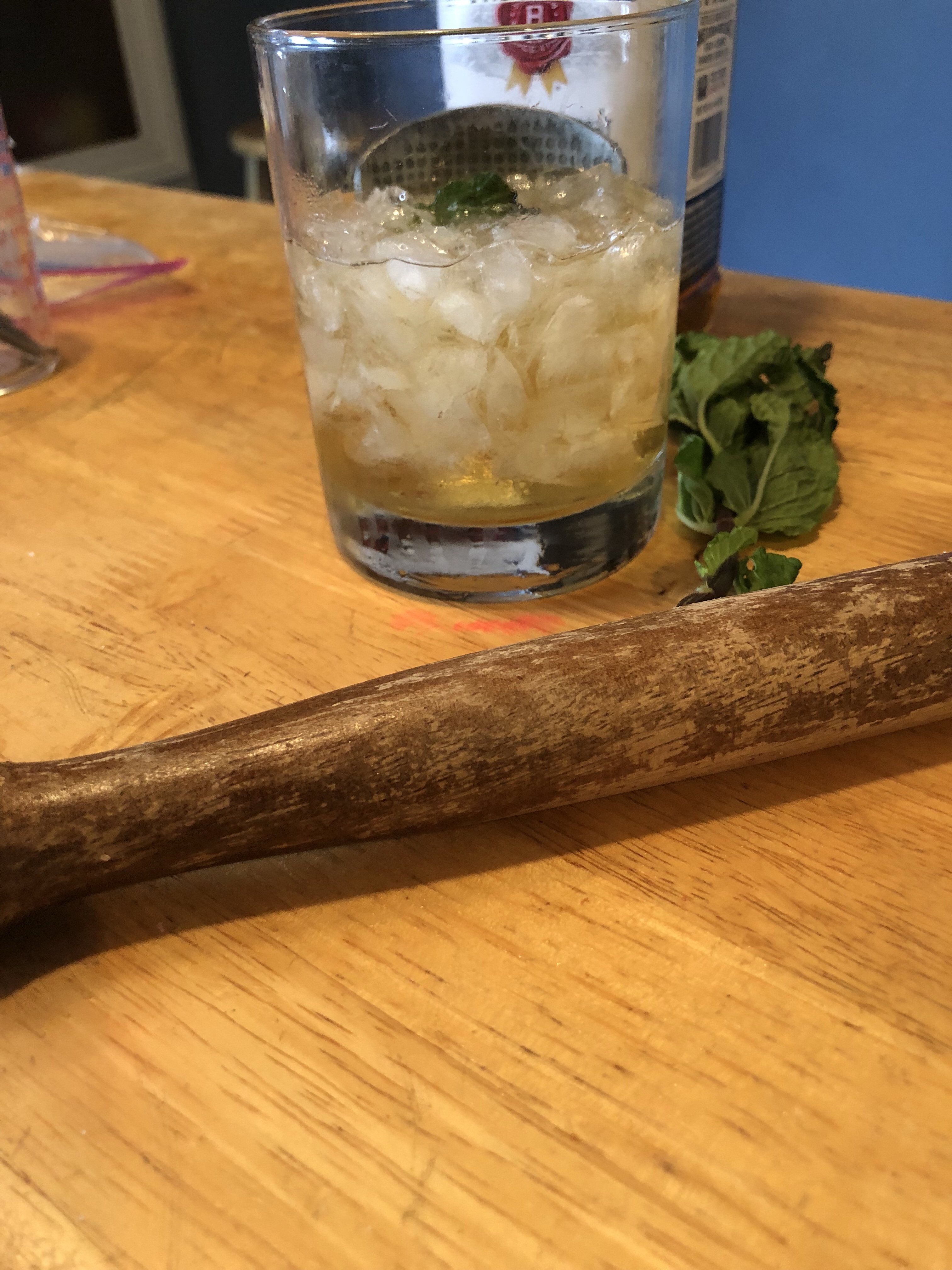 *That baseball bat looking thing? Hubby’s “mint muddler” 🙄🙄🙄 The verdict on the Mint Julep was not what I was expecting.

Based on the name alone, I thought it would be a more “girlie” drink—Southern ladies drink this??? The bourbon could put hair on your chest. Hubby liked it. I wasn’t a fan.

On to Disaster #3…the Derby pie 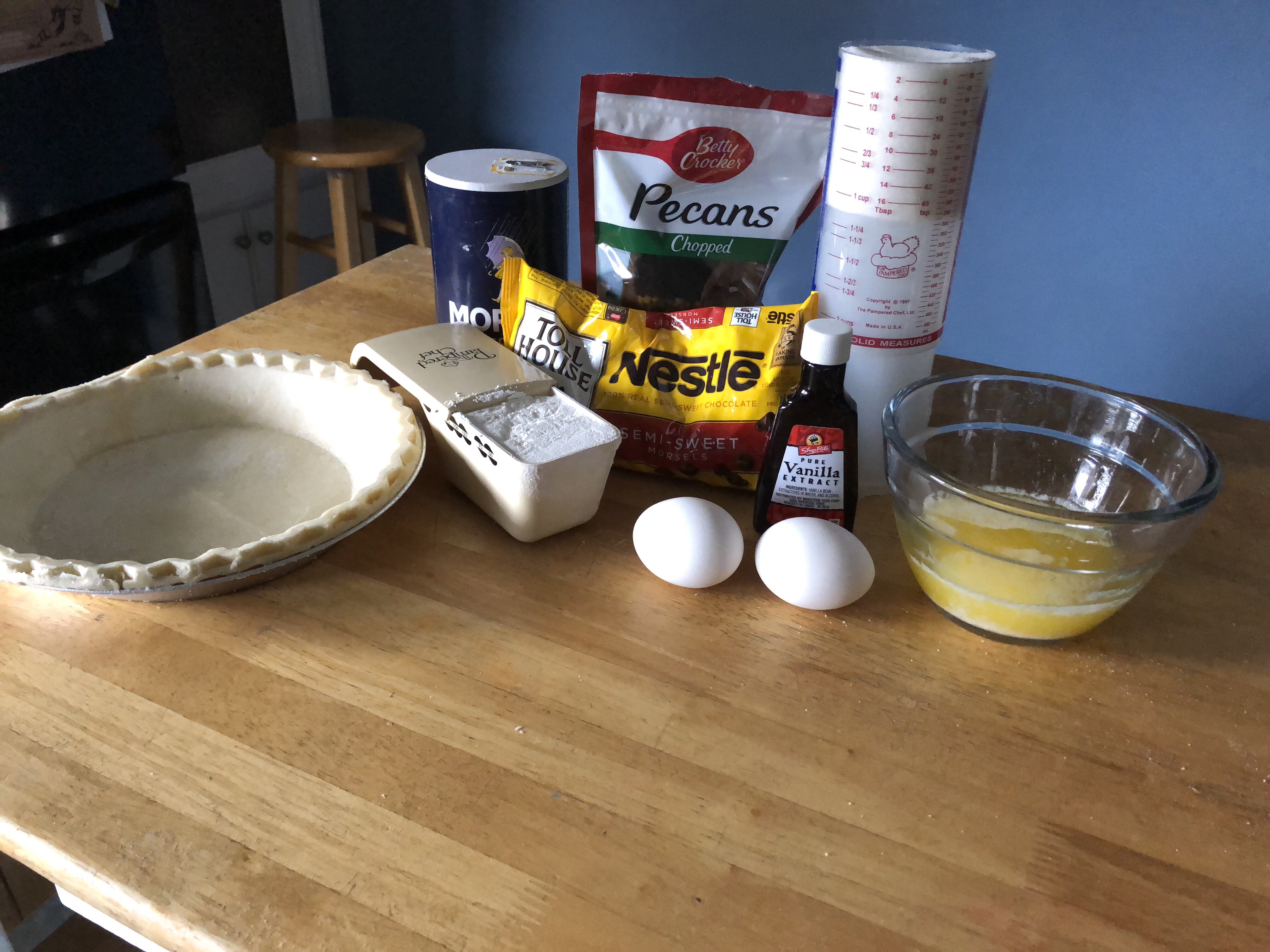 Melt the butter and beat together with sugar until creamy. Add eggs and vanilla. Beat until mixed well. Add flour and salt. When mixed, add chocolate chips and pecans. 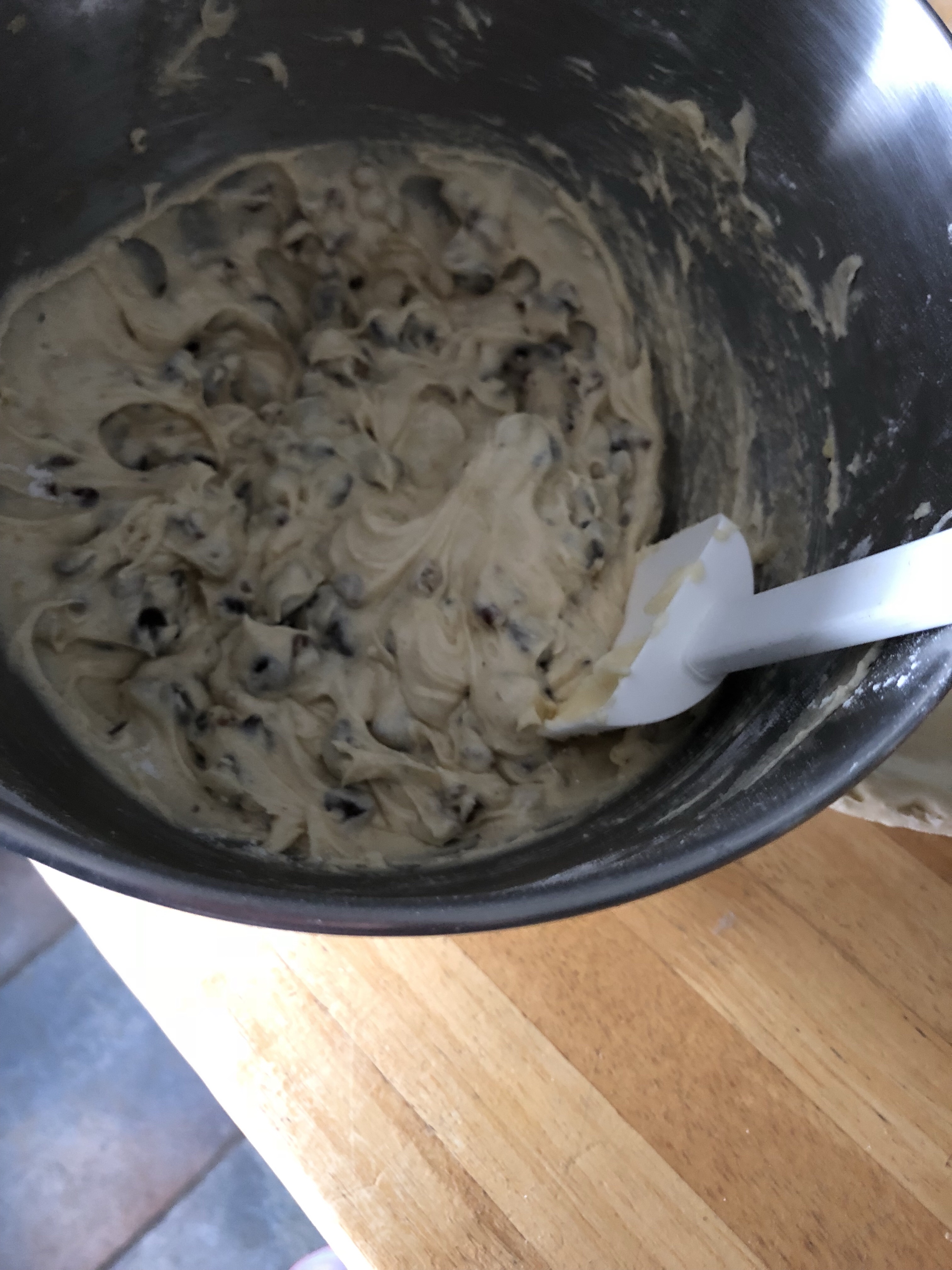 Pour into pie crust and bake on 325 for 60 minutes or until toothpick come out clean in center of pie. 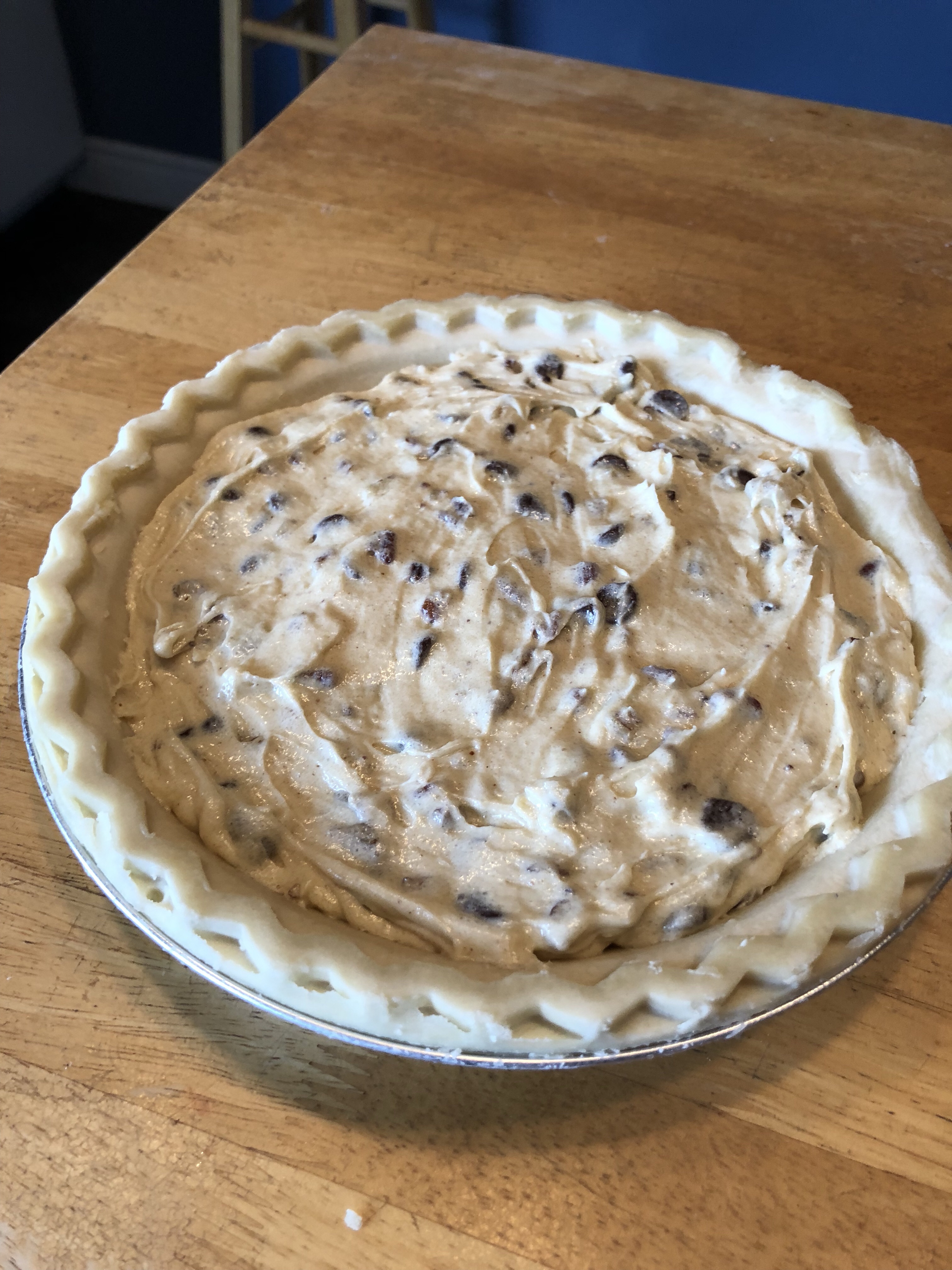 End result was actually edible and a consolation prize for dinner: 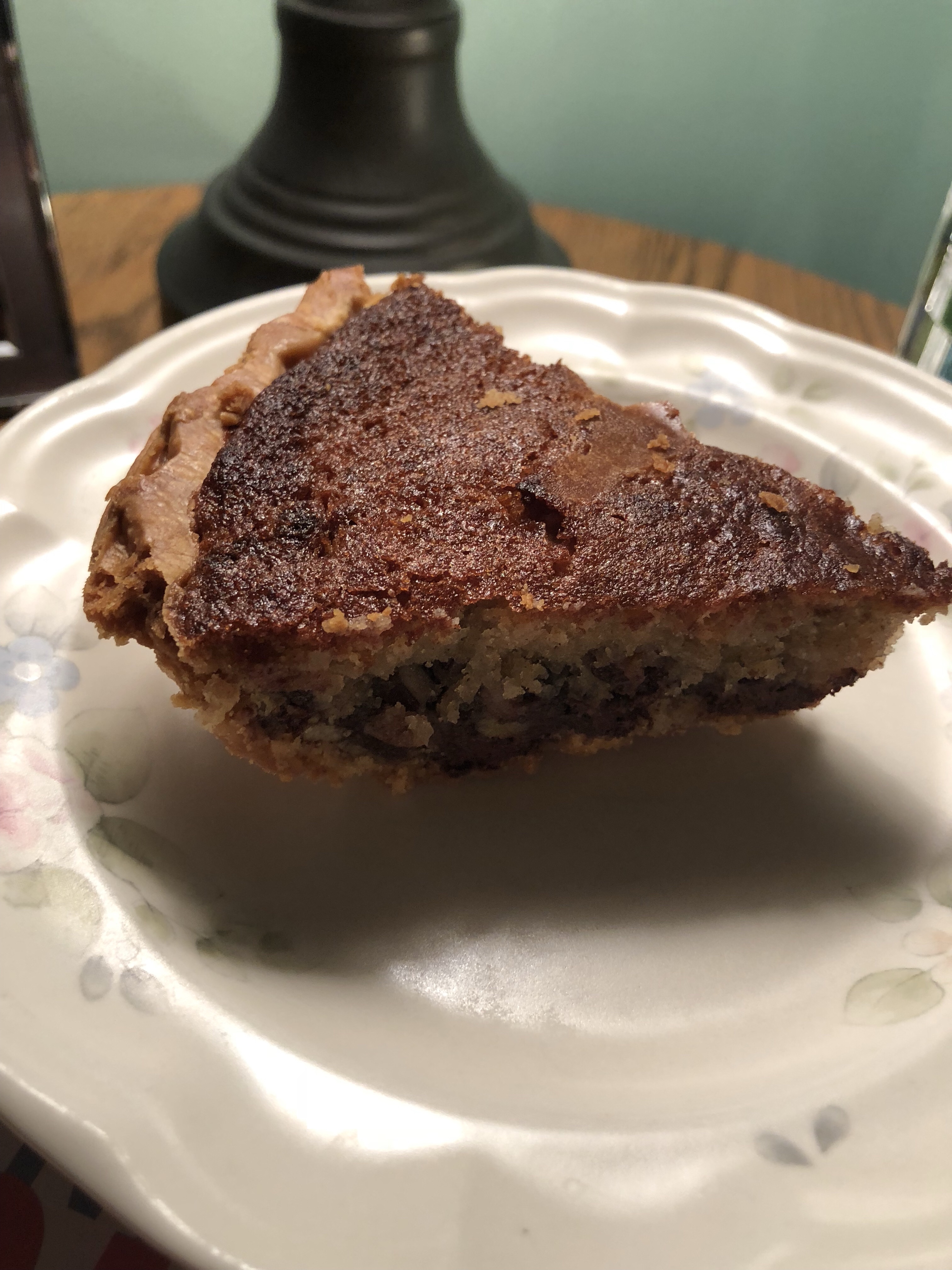 I know this is highly unusual for my blog, but Hubby wanted to put his two cents in: “She tries really hard. I think her cooking skills have improved immensely during this challenge. The Texas toast…frozen, though? Just an epic fail. I may have to start babysitting her in the kitchen when she cooks.”