Skip to content
The Bad Mommy Cooks The Bad Mommy Cooks the USA
By Badmommy September 23, 2018April 16, 2019
FYI...my posts may contain affiliate links. This means that if you click on those links and make a purchase, I will receive a small commission at no cost to you. And those commissions are what makes it possible for me to blog. Thank you!

Rhode Island is really small. In terms of geographical size, that is. It’s the tiniest state in the union at 1,214 square miles, yet it is almost the most densely populated state in the country, second only to good old New Jersey (anyone who lives in Jersey can tell you we definitely have more cars and humans per square foot than anywhere else on the planet…or so it seems.)

In fact, Rhode Island is so small that I’ve been up and down the east coast a hundred times, and Rhode Island is the only state I haven’t entered. I’ve visited Massachusetts and I’ve lived in Connecticut—both states boarder Rhode Island, but I’ve never set foot in the state. It’s crazy. I’ll have to make a point to visit in the future. Anyway, for a state so tiny, we can’t have a huge meal, right?

The Iconic Foods of Rhode Island Were PERFECT for Breakfast

In my research of Rhode Island, I discovered that two of their most iconic foods went together like…well, peanut butter and jelly. (On a side note, my psycho child has been insisting that PB&J do NOT go together and are in fact, a horrible combination. What a weirdo.) Anyhoo, peanut butter and jelly…or doughboys and coffee milk. The state foods of Rhode Island…perfect for breakfast on a weekend.

No, it’s not that cute Pillsbury guy everyone likes to poke. A doughboy is basically deep fried dough—specifically pizza dough—coated with cinnamon or powdered sugar. Not so much like donuts because they’re flattened, but more like zeppoles.

I had never heard of a doughboy before, and I wasn’t sure how fried pizza dough with sugar was going to taste, but I was willing to give it a try.

I made the pizza dough the night before and it was much simpler than the pizza dough we used for our Connecticut Clam Pizza and it rolled out soooooooo much easier. It only requires active dry yeast, sugar, salt, flour, olive oil and warm water…ingredients I had at home.

Wait, no ill-fated trip to the grocery store for this recipe???? Nope. I know you’re disappointed, but maybe next week I can have a grocery store tale to regale you with.

I made the dough the night before and put it in the fridge (covered) overnight. There was a little confusion as to whether or not I could leave it on the counter—apparently if the dough does not contain eggs, you don’t have to refrigerate it. I still didn’t want to take the chance. 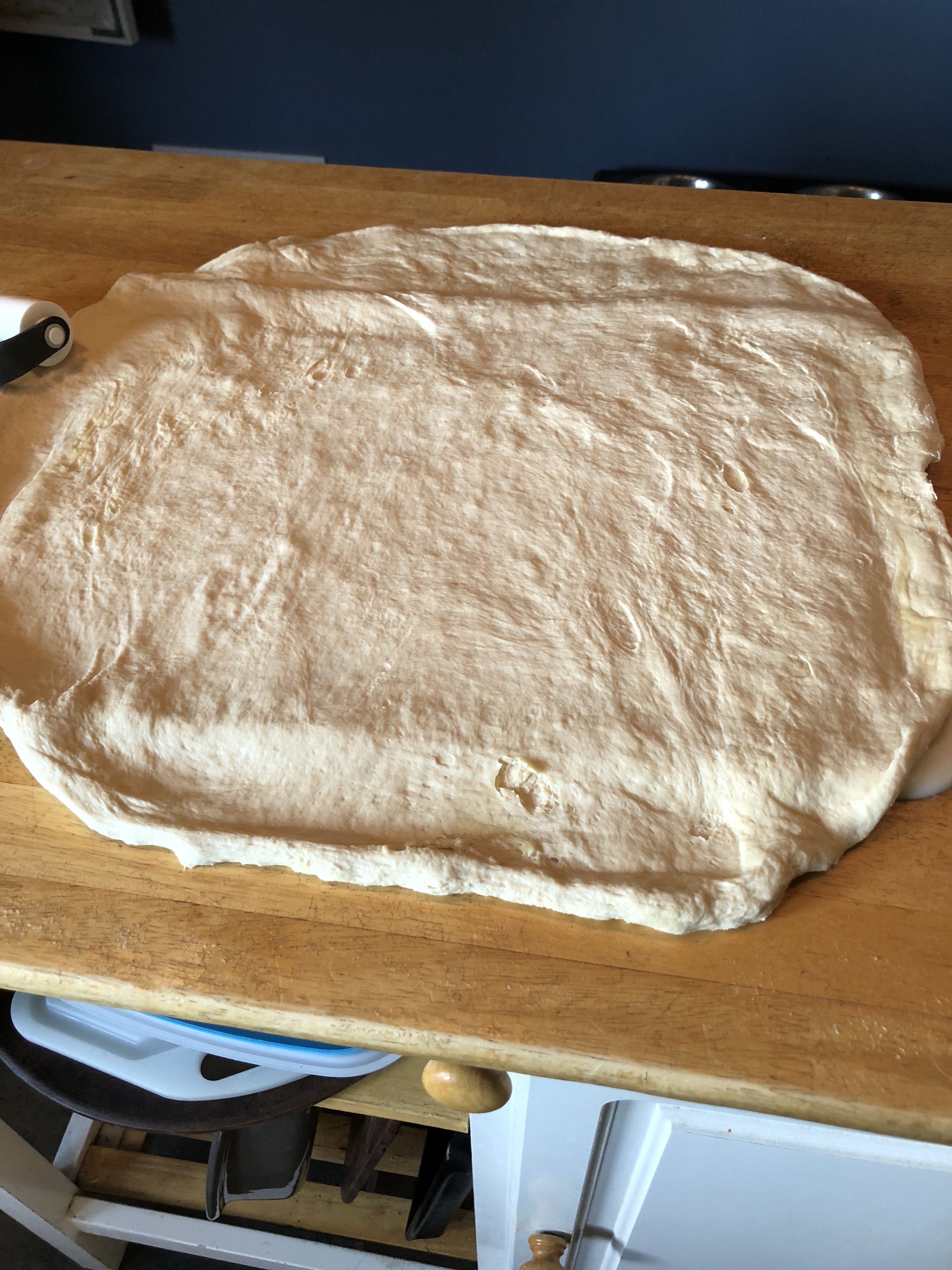 The next morning I got up early to take the dough out of the fridge so that it would be room temperature before cooking. I really wanted to use my air fryer, but I wasn’t sure how a “deep fried” dough would come out in the air fryer. Besides, it was a Sunday morning treat…screw healthy!

Apparently, since obtaining the air fryer that we all love, we haven’t used our deep fryer once. The deep fryer must have been shocked that it was being used because it was very wonky—the light kept going on and off so I wasn’t sure if it was actually turning off or if there was just something wrong with the light.

***Sigh*** It was a little aggravating, but at least this was a quick breakfast and not a full meal where I had to deal with an obnoxious appliance for a longer period of time. Still, mistakes were made…would you expect anything less from me?

I soon discovered that we didn’t have enough vegetable oil to fill the deep fryer, so I had to use olive oil. I was promptly chastised by Hubby, aka Mr. Cooking Expert, on how that was a big no no. So if you make this recipe, make sure you use vegetable oil and not olive oil. Not that I think that had any bearing on the actual finished product.

The recipes online didn’t actually tell me how to “Create” the doughboys. Do you roll them? Pat them? (Mark them with a B????) They only said you could make it with or without holes, although “without” seemed to be the more accepted way. I chose to make both. I made them about the size of donuts. Big mistake.

I made the first batch and then cooked it in the deep fryer for about 4 minutes. They puffed up quickly and I assumed that they were done. Turns out, I made the doughboys way too big, so the dough didn’t cook thoroughly, leading to a gooey (and not in a pleasant way) center.

Also, since the recipe had specifically said not to cook them too long, I probably removed them from the oil too soon. So I made a second batch with much smaller pieces which I left in the deep fryer for 5 minutes until they were golden brown. Those were much better and fully cooked.

After removing the doughboys from the deep fryer, I patted them to removed the excess oil. We couldn’t decide whether to have powdered sugar or cinnamon sugar, so I made both. I personally think the powdered sugar tasted better, while Hubby preferred the cinnamon sugar. He liked the ones with holes and I liked the ones without. What we did agree on was that they were VERY filling and we didn’t need more than one.

I Almost Forgot the Coffee Milk!

Rhode Islanders love their coffee milk, which is basically coffee syrup in a cold glass of milk. Since we don’t drink it in Jersey, I had to order the coffee syrup online from Dave’s Coffee. 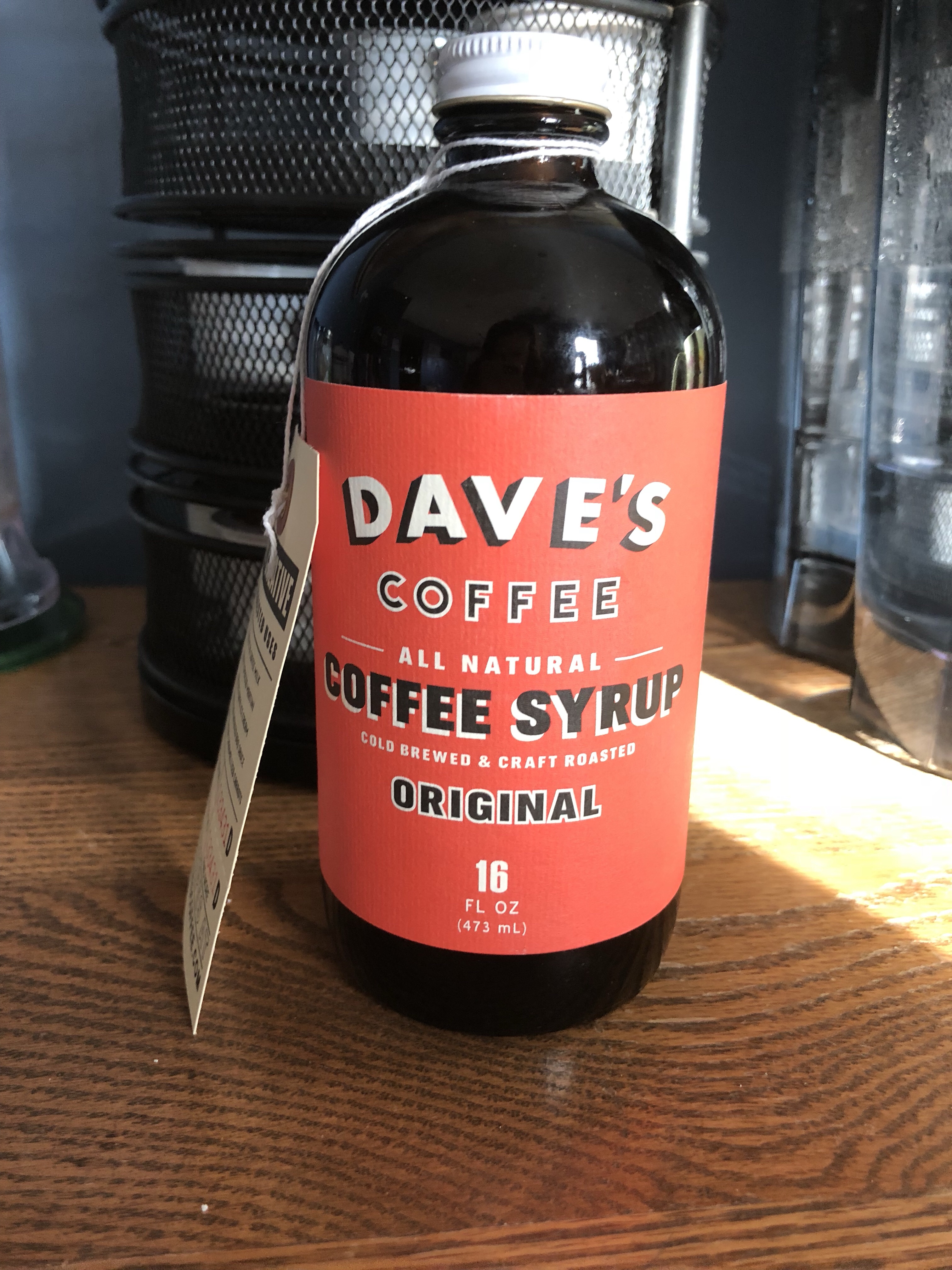 All you need to do is add a teaspoon or two to your cup of cold milk and stir. You can use the coffee syrup in ice cream or cocktails, too!

I Was Bouncing Off the Walls

Normally I don’t consume a lot of sugar in my diet…especially not at breakfast time. With this meal, I was in sugar overload, and I came crashing down from the high quickly…making me cranky and unpleasant (until I got another meal in me, of course).

So if you plan to have the doughboys and coffee for breakfast, make sure you have some snacks on hand when your blood sugar comes plummeting back down to earth. 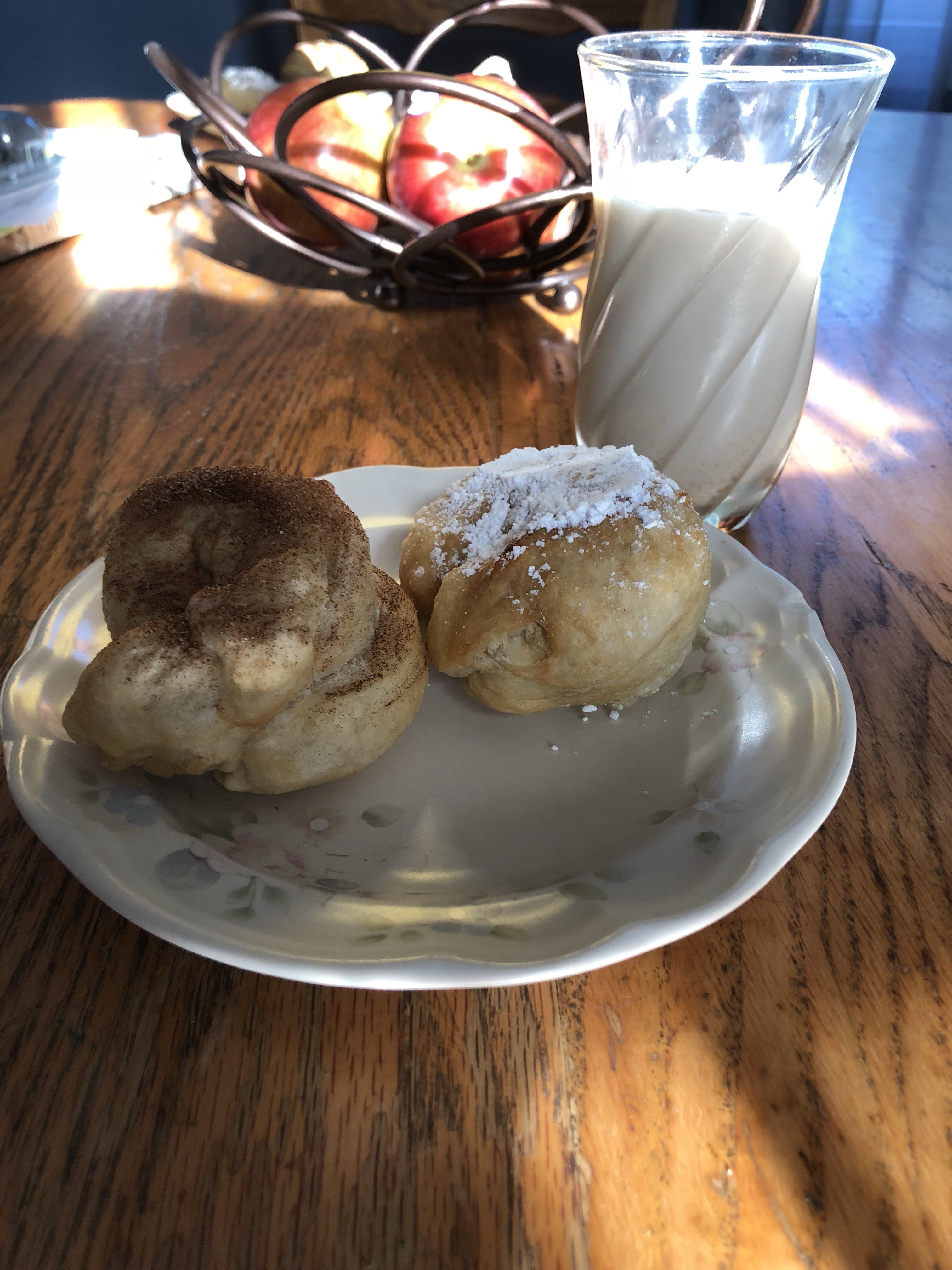 One thought on “Rhode Island Doughboys and Coffee Milk”